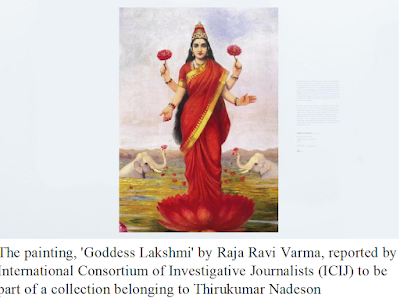 SRI LANKA NEEDS TO BE FOREMOST FOR LANKAN TAMILS

The parallel was stated by Ms Bhavani Fonseka during her Bloomberg interview at www.bloomberg.com/news/videos/2022-04-07/cpa-s-fonseka-on-sri-lanka-s-political-instability-video. Ms Fonseka stated that the current shortages were unprecedented. This means that the policies recommended by the lady do not apply to war affected areas which endured much worse during the war years. If we lose consciousness of  the government, then as per direct democracy, Ms Fonseka was part of the group that punished Tamils in North & East when we had food shortages during the war. Those who fail to oppose become idle bodies into which the side that seems powerful to them starts living.

I oppose the Tamil Nadu offer. If I fail to do so – I would be insulting the Vaddukoddai Resolution 1976, which is a Political Heritage of Sri Lankan Tamils.

Any heritage is Sovereign. This means we are self-sufficient. If we need we would ‘borrow’ but not become junior to an outsider. I realised this about Vaddukoddai folks after living there. Hence if we ‘accept’ handouts – we lose our Sovereignty. Only those who are our seniors – be it as Tamils or as Sri Lankans have the right to provide for us. Others may pray to the higher common level - but not ‘give’.

Sovereignty needs to be maintained at all stages. Hence Saint Yoga Swami of Jaffna stated ‘Summa Iru’/ Be still. When the body separated from the mind is still the mind becomes hyperactive. This is the case with policy makers without experience. When the mind is still – our positive Energy rises from within to lead us.

Sri Lanka’s Southerners who missed out on the war pain now have the opportunity to become more self-sufficient and thereby contribute to Lankan Sovereignty – as those in North and East are already doing.

Those folks at grassroots level do not understand ‘policies’ by experts. They need leadership through the language of their belief. As per my Hindu belief – we ought to have foreseen this situation when we learnt about Thirukumar Nadesan taking the painting of Lakshmi – the goddess of wealth – by Divine artist Ravi Varma - away from the Indian Subcontinent to Switzerland. Whether it be persons or artifacts – when they are displaced from their ‘homes’ – the loss is exponential. This is because heritages are Sovereign.