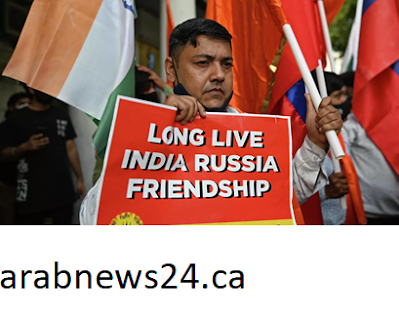 I was directed to the news report headed ‘Hindu Group Marches to Support Russian Military Op, Slams Zelensky as Ukraine's No1 Enemy’

The group is Hindu Sena (Army).

I was directed also to the report ‘Pakistan hosts OIC meeting: Conference ahead of PM Imran Khan's no-confidence vote’

When reading and listening, I wondered whether undemocratic governments naturally caused the development of Asura forces. In Hinduism we have the high thinkers – the gods and we have the Asuras led by brawn power. So long as they stayed within their territories there was no problem.  The war in Ramayanam happened in in Lanka due to Asura king Ravana abducting divine Sita.

It was interesting to learn that the IMF bailout record of Sri Lanka was close to that of Pakistan.  On 21 March, I wrote under the heading ‘ISLAM FOREMOST - THE OTHER SIDE OF BUDDHISM FOREMOST?’. That article was based on Sri Lankan cricket hero’s speech headed ‘ Kumar Sangakkara recollects his experience of the terrorist attacks on the Sri Lankan cricket team during their 2009 tour of Sri Lankan.’ The above mentioned IOC conference happened on 22 March. Until today I had no knowledge of it. Intuition? I believe so.

To me that is how karma works. No one may value our work but to the extent we are genuine the truth of our work is recorded in our subconscious mind. This truth leads us to read as per our need. More importantly it confirms that the essence of our work has reached the needy to enrich our home area.

In this instance it said to me that I was right in highlighting cricket heroes playing politics. Clever and skilled players are the parallels of those in the army who fight to win ; not to govern.

Siva Sena has taken on the name of Lord Shiva who destroys body consciousness. The following Wikipedia report confirms to me that they are driven by the seen:

[The Sena organized a birthday party for Donald Trump, then a candidate for US President, on 14 June 2016. The Sena had previously prayed for his victory in the 2016 US presidential election.[1][2] In January 2016, four activists of the Hindu Sena vandalized the regional office of Pakistan International Airlines in New Delhi, demanding an end to diplomatic talks between India and Pakistan. One of the four men was arrested; the rest fled. Hindu Sena chief Vishnu Gupta was arrested on 25 December 2015, two days after he called the police and claimed that the restaurant of the hotel "Kerala House" was serving beef. Later, police stated that they were considering action against Gupta under Section 182 of the Indian Penal Code (false information, with intent to cause public servant to use his lawful power to the injury of another person). On 22nd September ,5 men from Hindu Sena were arrested for vandalizing residence of Asaduddin Owaisi.]

When politics is driven by votes rather than belief – the belief of the genuine voter naturally generates the Equal Opposition that quietly accumulates against the voter who cheats. The strength of that voter manifests itself at the level of governance structure of that believer. When needed, it manifests to annihilate the opposition. The need needs to be felt by the believer.