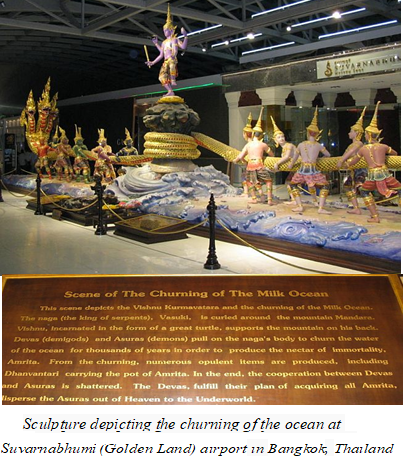 As per my discovery, every manifestation happens due to  emotions, thoughts and feelings. In spirituality we refer to them as Body, Mind and Soul. Emotions are most temporary and feelings are eternal. As I often say – ‘Mothers are feelers and Fathers are thinkers’. This distinction is necessary in every reliable structure. My yesterday’s article was headed ‘Sri Lanka/Sri Lankan is Surname and Islam/Muslim  is Given name’- I highlighted that if the marriageable age of women in Muslim law is to be raised to the same level of Common law – then the other side of the balance – i.e.- polygamy for men also ought to be changed to monogamy. A reliable law has two equal and opposite sides. Given that the existing cultural marriage laws have worked well for Muslims of Sri Lanka, one could consider it to be a reliable law of the kind that Siddha / Ayurveda Medicine is.  When these are practiced with faith they become perfect – without any side-effects. It is therefore important that the Equilibrium of these cultural laws without side-effects are not interfered with by law makers and law enforcers.

It is my understanding that Siddha means pure / perfect. Any science/law that stands on its own rights and works independently is a perfect law. All belief based laws are perfect laws. Imported laws become imperfect when used by a non-believer. Like Muslim Law, and Thesawalamai Law, Kandyan Law applies to Sinhala Buddhists whose origin was covered by Kandyan territory. There are parts of it that protect Buddhism for example Section 5 relating to Gifts to Temples. A reliable customary law works as per Siddha / Belief / Purity of Mind. It could be integrated with mainstream when the believers’ powers are stronger than users’ power. Otherwise it would not work and the gap between theory and practice would be widened.

The mind in the jungle would pick up these natural powers more quickly than urban minds driven by the seen and the heard. I realised the power of Thesawalamai Law during the testamentary case of my brother in law. Lawyers and Judges merely mentioned Thesawalamai but demonstrated lack of faith in our ancestors. A good section of Jaffna Tamils continue to practice sections of that law. But, like the Sri Lankan Prime Minister who proposed the alterations to Muslim Marriage Law – my sisters in law claimed common law equal sharing – but after having enjoyed dowry. This then upsets the Equilibrium of the Energy that supports the self-operating independence of the family. My husband and I went as far as we could – based largely on my respect based belief for the true practitioners of Thesawalamai and Sri Lankan Hindu marriages. Each time a verdict looked unfavourable to us – I felt pain. That pain helped me look within and this helped me balance my own work until I felt satisfied that I had satisfied the law as per the original makers.

The Hindu legend that depicts this tug of war between the body and the soul is the Ocean of Milk legend as reflected in the sculpture at Bangkok’s Suvarnabhumi  airport. (picture at top)
In Sri Lanka some heritage lands are referred to as Swarnabhoomi (golden land). They are the parallels of some farmlands here in Australia that cannot be sold unconditionally on business basis. Lands on which we realise truth become sacred lands. In the wake of Easter Sunday bombings it is important to study whether this Swarnabhoomi parts of Sri Lanka were brought under common law.
The Island reported on 06 October 2016 as follows, under the heading ‘New land laws before end of year’:
[A new legislation titled "Lands (Special Provisions) Bill" would be presented to Parliament before the end of the year to do away with or relax various restrictions on land use and ownership, Lands Minister John Amaratunga said.
He said the Bill would grant outright ownership of lands to those who possess Swarna Bhoomi and Jaya Bhoomi deeds. He said disputes among the members in the same family had risen due to various restrictions in the law on land ownership and transfer. He said the new legislation would solve those issues.]

This is the parallel of repealing sections of Muslim law to bring it in par with Common Law – at least in looks. Minister John Amaratunga is also Minister of Tourism Development and Christian Religious Affairs about whose mind collusion with Australian government  has already been discussed by me. It is interesting that the following would be reported about Mr John Ameratunga:
[In 2018 John Amaratunga was accused of aiding the fraudulent acquisition of a property worth Rs. 7 Billion from an elderly couple as well as holding them hostage. Eighty-six year-old Wimalsen Fernando and his wife Shiranie Fernando learnt that their property in Gregory’s Road, Colombo was fraudulently acquired by a person named Prasad Deshapriya Vitharana of Kalubowila. When the property was visited by the couple they were held hostage by Amaratunga's guards and privately hired goons. When the couple's lawyers attempted to enter the property they met Amaratunga in the property who used abusive language to threaten them and attempted to evict them from the property but the lawyers forced their way to the couple. The couple was threatened and Vitharana had extorted money from them with death threats. While the couple complained to the Cinnamon Gardens police they did not have an inquiry for more than five months and no statement was taken taken from Amaratunga. When the media questioned the police they claimed to be "unaware" of the incident. John Amaratunga accepted that the accused was a friend but denied the allegations that he abused his powers to stop the investigations or that to threatening the lawyers instead he claimed he only asked them to leave calling them trespassers.] Wikipedia

If that land was Swarna Bhoomi of Prasad Deshapriya Vitharana of Kalubowila – then cheating him of the right to that land would invoke calamities at the level of the one who disturbed that Equilibrium of belief. Given that Mr John Amaratunga is Minister for  Tourism Development and Christian Religious Affairs the calamity happened to damage his portfolio. Mr Amaratunga’s residence is stated as ‘88 Negombo Road, Kandana’ – not too far from the churches targeted along the Western coast.

Insiders are believers. They do not need proof. The root cause of opportunity is Belief. The root cause of a problem is lack of belief.
Minorities in any society need to be facilitated to practice their beliefs within the privacy of their culture – as regulated by their respective cultural laws. Land is a reservoir that preserves our true heritage. When we practice self-governance we confirm our heritage value and empower that land to be Swarnabhoomi/ Land of Perfection/Nationalism.

Hambantota is Sri Lanka’s Swarnabhoomi due to Indigenous Kathirgamam. To my mind, this was why the warning against  indiscriminate tourism manifested itself  during the opening ceremony of Shangri la Hambantota. Positive or Negative – Siddha powers manifest naturally on their own.