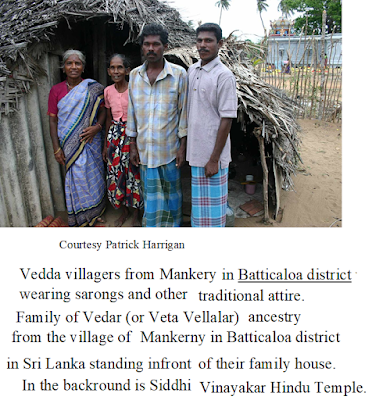 Indigenous Religion is Senior to Buddhism in Sri Lanka

The Presidential Pardon of Buddhist monk Gnanasara Thero raises the question in my mind as to whether the President is acting again to strengthen the negative racism karma due to which Sri Lanka continues to produce and import extremism. Racism when left uncured leads to extremism. Punishing the apparent perpetrators is mere rap on the knuckles. It does not cure the root cause. Ada Derana reports as follows:
[UNP Parliamentarian Dr Wijeyadasa Rajapakshe recently called for the grant of a presidential pardon for Gnanasara Thero before Vesak Poya Day.
A strong social and political discourse was formulated regarding the release of Ven. Gnanasara Thero.
The Attorney General had filed the case against Gnanasara Thero following a petition submitted to the Appeals Court by the Former Homagama Magistrate and current Colombo Chief Magistrate Ranga Dissanayake.
On 24th of May 2018, the Homagama Magistrate’s Court ruled Gnanasara Thero guilty of threatening Sandhya Ekneligoda, the wife of missing journalist Prageeth Eknaligoda within Homagama court premises.
General Secretary of the Bodu Bala Sena (BBS) organisation Ven. Gnanasara Thero was sentenced to 6 months of rigorous imprisonment on 14th of June 2018 for threatening Sandhya Ekneligoda.
Former Homagama Magistrate and present Colombo Chief Magistrate Ranga Dissanayake, Deputy Solicitor General Dileep Peiris and prison officers had given statements against Gnanasara Thero.]

This therefore is very much Judicial Ethics v Politics with the law. The following report by Wikipedia would help us form our own connections between the cause and the manifested effect – i.e. Presidential Pardon of a Buddhist monk found guilty by the Judiciary:

[In 2010, he was elected to Parliament from the Colombo District. In 2012, he was elected President of the Bar Association of Sri Lanka. During his tenure he led the Bar Association in support of former Chief Justice Shirani Bandaranayake during her impeachment. Following the 2015 presidential election he was appointed Minister of Justice. In 2017, he was sacked form his ministerial position by President Maithripala Sirisena at the request by the United National Party due to his views against the Privatization and involvements on Judiciary of Present Government. However, he was appointed Minister of Ministry of Higher Education & Cultural Affairs in May 2018. In 2018, with the on set of the 2018 Sri Lankan constitutional crisis, he was appointed to the new cabinet of ministers headed by Mahinda Rajapaksa as the Minister of Education in October 2018.]
As an Observer of the impeachment of Chief Justice matter, I  connected  the outcome to Political power being senior to Judicial power in Sri Lanka. If both sides are Buddhists  - then the ‘Buddhism foremost’ constitutional empowerment and  relativity applies. That overrides any democratic structure that Buddhists in Sri Lanka are yet to fight for as a priority.
In contrast, Non-Buddhists are empowered by the Constitution to be Democratic. Article 14 (1)(e ) of the Sri Lankan Constitution confirms this as follows:
14. (1) Every citizen is entitled to – (e) the freedom, either by himself or in association with others, and either in public or in private, to manifest his religion or belief in worship, observance, practice and teaching;
We interpret what happens, as per our own belief / investment in truth. Article 10 of the Constitution confirms this right as follows:
[Every person is entitled to freedom of thought, conscience and religion, including the freedom to have or to adopt a religion or belief of his choice.]
To my mind, Article 10 confirms that Belief is Divine power. Article 14(1)(e )  on the other hand spells out whether and how this could be manifested in the land known as Sri Lanka. Sri Lanka becomes divine land to the extent the people of Sri Lanka uphold the truth. Where this truth / belief cannot be manifested in common we need separation and hence article 14(1) (e). Article 9 places the DUTY to protect such separation to Buddhist-leadership amongst civilians  and between Government and citizens – to the Government.  The Easter Bombing is an extreme example of the negligence by the government to follow Article 9 which specifically provides for 14(1)(e ) Responsibility to Protect.
I learnt through my Tsunami Reconstruction service in Mankerny, (to which I was called due to my belief in Saint Yoga Swami) that many LTTE members were from Veddha Indigenous group and in this instance most of them were Tamils. On the basis of age – Indigenous religion is the most senior religion in Sri Lanka. Some Tamils claimed as per their relief that LTTE leader Velupillai Prabhakaran was an Avatar. Hence the LTTE leader was referred to as sun-god by them. While I do not identify with that – I have the responsibility to respect their belief and hence I distanced myself from them – so I did not interfere. It would however make sense that the Indigenous community of hunters would respect the warriors amongst them as heroes. I learnt also that they believed in Lord Muruga of Kathirgamam – presented by Wikipedia as follows:
[Veddas, along with the Island's Buddhist, Hindu and Muslim communities, venerate the temple complex situated at Kataragama, showing the syncretism that has evolved over 2,000 years of coexistence and assimilation. Kataragama is supposed to be the site where the Hindu god Skanda or Murugan in Tamil met and married a local tribal girl, Valli, who in Sri Lanka is believed to have been a Vedda]
This community is confirmed to practice also the religion of  animism presented as follows by Wikipedia:
[Animism (from Latin anima, "breath, spirit, life") is the religious belief that objects, places and creatures all possess a distinct spiritual essence. Potentially, animism perceives all things—animals, plants, rocks, rivers, weather systems, human handiwork and perhaps even words—as animated and alive. Animism is used in the anthropology of religion as a term for the belief system of many indigenous peoples, especially in contrast to the relatively more recent development of organised religions.]

Hence when an official who is Buddhist punished an Indigenous person within LTTE that official was acting in breach of Article 14(1)(e ) mentioned  above. The reason is that s/he was practicing her/his religious belief.

[In the reign of King Rajasinghe II (17th century) in his battle with the Dutch he had a Vedda regiment. In the abortive Uva-Welessa revolt of 1817-1818 of the British times, led by Keppetipola Disawe, the Veddas too fought with the rebels against the British forces.]
Hence one is entitled to conclude that to those followers of Vedda religion – LTTE would have been ‘Freedom Fighters’ and those who punished them would have become punishable by divine powers. In contrast – a true believer in Buddhism would not identify with Buddhist monk Gnanasara Thero who has demonstrated strong attachment to the physical and therefore emotions of ‘anger’ which confirms its other side ‘desire’. If therefore Veddas invoked their belief based powers the abusers of the power of that land – would be cursed by diseases and calamity.
Had Buddhist monk Gnanasara Thero been a true Buddhist – he would have meditated inside prison during this holy period. But like a Vedda who forgot his ancestors, Mr Gnanasara has confirmed that he wanted physical freedom above mental freedom. By facilitating this – the President has also contributed to diseases and calamity as per Vedda culture, would continue to plague Sri Lanka – unless we the civilians take care of each other.  To the extent we take our earned positions we would be supported naturally through our belief in Common Sri Lanka – which is also the way of Veddas.
This morning I was directed to the article headed What Is Religious Fundamentalism? at
http://www.worldatlas.com/articles/what-is-religious-fundamentalism.html

I intend reading this article later. But I need to first write as per my own belief as Sri Lankan and not as Australian. As Australian I observe. As Sri Lankan I have the power to offset the negatives for my motherland through every unit of energy as in the religion of animism.