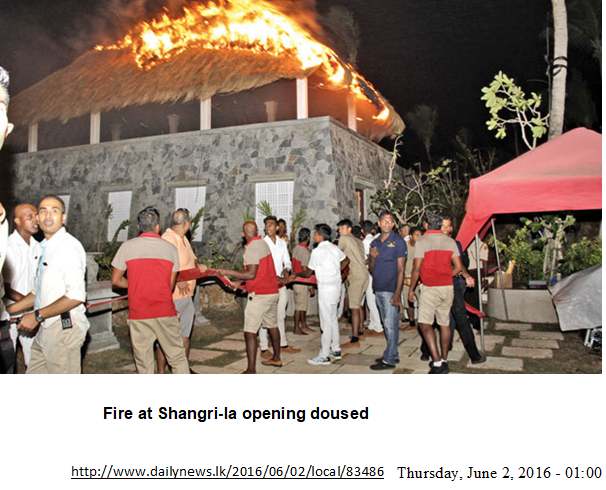 Tourism & Terrorism – Separate or One ?

Today is my cousin Rathi’s birthday. Even though Rathi was younger than I, Rathi completed this chapter of her life early. I remember Rathi’s birthday because remembering birthdays and wishing was part of our family tradition. Later, Rathi and I physically lived in different circles but I remember and appreciate Rathi because I carry part of that structure that supported me during my days as a beneficiary of the service of elders in the family.  The root of that remembrance is the common belief developed through that structure. To my mind, governance is that belief and the common structure that is supported by that root/belief  is the heritage that younger members of our family have the opportunity to inherit.

Genuine emotions, like majority vote are valid when we live physically together. Structures are needed to carry the net value of that physical togetherness once we move away from that group or part of that group through seniority. Such promotion from beneficiary to service provider happens automatically when we share the outcomes of our contributions with others in the group. Only beneficiaries who respect us are entitled to receive those outcomes. When we expect return benefits – we demote ourselves to (trading) beneficiary  level.

Belief  resides within us as feelings. Feelings confirm oneness with the one we feel for. Emotions when used outside our current physical circles lead to destruction of common structure under whose roof we feel protected to express ourselves freely – for example within family.

BBC reports as follows in relation to the President  of Sri Lanka:

[Sri Lanka President Maithripala Sirisena has told the BBC that he believes the Islamic State (IS) group chose to mount attacks in his country to show they still exist.
Police in Sri Lanka have blamed two local Islamist groups for the Easter Sunday bombings, but acknowledged that they must have had support from groups abroad. IS has said it was behind the suicide attacks, which killed more than 250 people.
Mr Sirisena also told the BBC's Secunder Kermani that he would not resign despite criticism that the government failed to act on warnings.]
As governor of Sri Lanka, the Sri Lankan President would legitimately believe and express only through the parallel of IS in Sri Lanka – which is part of the Armed forces. I was reminded of it when I received an email headed ‘In the name of Islam and Allah’, from a Catholic. In the current communication to armed men in Muslim attire were shooting indiscriminately their prisoners – as if they the prisoners were mere substance. But that Catholic did not circulate the Channel 4 graphics. To me the apparent reason is that he is a Sinhalese and therefore did not express abhorrence  towards Sinhala Army who were reported to have acted in the same manner as the above men in Muslim clothes.
Had Mr Sirisena had feelings for Sri Lanka as a whole – he would have naturally cured such excesses through the internal disciplinary pathway.  So he is not able to recognize his duty to resign.
But to the extent the Sri Lankan armed forces headed by the Government fought as Sinhala Nationalists at emotional level using  ‘sledging’  to demote and defeat the Tamil, the IS would have known through their commonness – that they were seniors amongst groups that use weapons to attack for a living. An official needs to go incognito to identify with through this commonness. Given that the Sri Lankan President has demonstrated very little ownership in the disorderly part of his armed forces – we are entitled to conclude that the president is living by the skin / husk of Terrorism victory – very like Ms Vijayakala Maheswaran who invoked LTTE leader’s name for political majority which is destined to die before it reaches balanced intellectual administration.
There are confessions that would inform the true believers about such frivolous leaders who become open to being brainwashed by the smarter selfish leaders who buy votes to win. They are fed with husk of knowledge (hearsay) by pundits like Professor Rohan Gunaratna who in 2003 referred to the Tamil Tigers as the deadliest Terror organization in the world. If the Sri Lankan armed forces were less disciplined – then they actually killed only the skin of the Tamil Tigers who would then resurrect themselves through others. The disorderly Tamil Tiger who was killed by a more disorderly Army official – would resurrect in the latter’s home. To the extent members of IS like organisations were punished by officials who are more disorderly than the punished  they would naturally add power to that resurrection and v.v. As one of our British guests commented – there was trouble again Northern Ireland which discourages him from going there. This would be the case with tourists coming to Sri Lanka as well.
As per Colombo Page report headed ‘Sri Lanka President pledges to lift the tourism industry impacted by the terrorist attacks’.

But the death of  three children of Denmark’s business magnet Anders Holch Povlsen ought to have warned the President that money cannot protect one  from risks outside the business family. Shangri-La Hotel is part of confirmation that we have fooled the International community about the war-karma of Sri Lanka. Shangri-La Hotels were towards pleasing the Chinese customer. The first of the two – Shangrila Hotels in Sri Lanka built in Hambantota area which to me is land covered by Lord Muruga of Kathirgamam whose protection covers all Hindu Tamils whose presiding deity is Muruga. The following account of the bad omen was published by Daily News on Thursday – 02 June 2016:

[A fire broke out at a pavilion of the newly built Shangri-la resort, in Hambantota, last night.
The incident occurred during the opening of the hotel, graced by President Maithripala Sirisena and other distinguished guests.
Eye-witnesses said the fire broke out during a fireworks display, following the opening of the hotel. The fire brigade was called in immediately after the fire broke out and it was doused with the assistance of employees and residents in the area.]
Land and Fire are members of the Natural Elements family. When one is affected  – it has the power to invoke the other to reward or to punish. All it took was for a true Sri Lankan believing  in Sri Lanka as well as in Murugan – to feel pain due to the war – to invoke the fire . There are plenty of such believers who pay their respects at Nallur and escalate the Tamil-only person’s submissions to the higher level.  The rest happens through the system of Natural Justice / Karma.

Talking about tourism while Christians are bleeding and Muslims are fearful of unjust persecution is callous and disqualifies the speaker from leadership position. I know about unjust discrimination karma in public life largely through my Australian experiences. Had Central Administrators at the University of NSW listened to my pain through Due Administrative process – they would not have been accused of Scientific fraud through the Bruce Hall matter. There also Chinese migrants were empowered by my pain also.

Tourists need to be warned that until there is a root level solution to the ethnic problem -  the karma will continue in various forms. An internal  closure is needed on the basis of Truth.

Emotions have no real value beyond the borders of  the physical grouping;
Intellectual power has no value outside the common measures, laws & theories
Belief alone is our eternal supporter and protector.