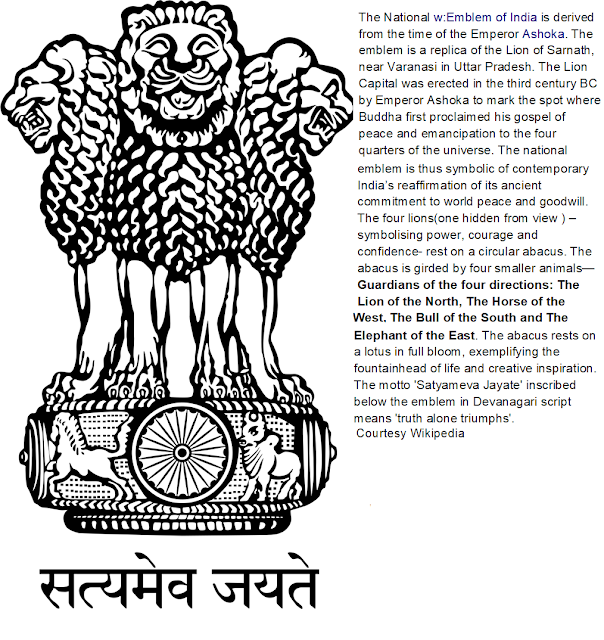 Is Australia the tail of the  elephant in the Lankan room?

[Coming in the aftermath of Sri Lanka increasing its economic dependence on China even more, reports of the US Navy setting up a ‘logistical hub’ in the country and their Australian counterpart sending in four vessels and a thousand personnel for a multi-nation mid-sea exercise, have raised questions if Colombo was biting more than it could chew in the regional geo-strategic space.] Observer Research Foundation’s N Sathiya Moorthy’s article headed – ‘Sri Lanka: More elephants in the room than the nation can handle?’
India came into Sri Lanka through Northern Tamils who claimed the right to self-governance. China came into Sri Lanka through Southern Sinhalese who also claimed the right to self governance. Together they have invited  the Opposition of China on world stage – the  USA and its aid in world politics - Australia.

The East India Company through which British came to India is presented as follows by Wikipedia:

[The East India Company (EIC), also known as the Honourable East India Company (HEIC) or the British East India Company and informally as John Company, Company Bahadur, or simply The Company, was an English and later British joint-stock company. It was formed to trade in the Indian Ocean region, initially with Mughal India and the East Indies (Maritime Southeast Asia), and later with Qing China. The company ended up seizing control over large parts of the Indian subcontinent, colonised parts of Southeast Asia, and colonised Hong Kong after a war with Qing China.]
Whether Sri Lanka is ‘invaded’ by these countries or whether it globalizes itself depends on every Sri Lankan citizen and her/his investment in self-governance through the pathway currently available. In his article ‘Reclaiming the Mahabharata for India’s 21st Century manifestation’ Mr Gautam Chikermane,  Vice President of Observer Research Foundation, states:
[The ideas of dharma, artha, kama and moksha the Mahabharata expresses and which were relevant five millenniums ago to kings, kingdoms and praja (the ‘governed’), remain equally relevant to individuals and families, organisations and companies, communities and nations today.]
As per my experience, when I believe that I am entitled to a benefit the experience through which I identified the benefit – is my empowering energy from within. When I share that benefit with others who are likely to go through similar experience – the benefit becomes opportunity. Juniors/heirs  who fail to attribute credit to those from whom they inherited the opportunity would tend to limit themselves to current power only. Hence they tend to show the whole outcome as it they did it.
The law may say that the ‘Customer is right’. An interviewer at the University of NSW asked me how is one to take that the Customer is right when one knows that s/he – the supplier is right? He was an army man – trained in the USA also. How can he be wrong? If he is wrong in his mind, he loses power and would not be able to function in the position that requires him to give orders and not take orders.

Those who use arms as their major weapon need to think they are superior and v.v. This is healthy where there is no gap between thinking and knowing ourselves by ourselves using our true measures. When the other side is disorderly, we need to stop sharing and take our position as Seniors. It was on this basis that I wrote yesterday to Jetwing Management who ignored my emails regarding my special rate as a ‘loyalty’ customer:

[I am a super-host  with Airbnb  Accommodation services here in Sydney  and I bring every customer into me to find the commonness and to reject individual customer traits that clash with our services. That was also the foundation of my services when working with Airlanka.  On that basis, I would have considered myself an owner-customer (like employee-shareholders). The value of such customers is exponential – and hence the value of  word of mouth promotion. I have in fact been promoting Jetwing Jaffna as well as North Gate by Jetwing with the Diaspora here. I am happy to have a group session with your group when I am next in Jaffna during the above period – at no cost to Jetwing. It would help you work on that ‘ common goodwill’ value with the Diaspora. ]

The fact that the responses came from junior level staff confirmed to me the lack of ownership felt by senior staff in the Jaffna Tamil Customer and therefore Jaffna itself. When we believe – the place communicates its Truth through the avenue currently available.

Northern Tamil militants who used what happened to Tamils in 1983 but did not feel the pain of  Colombo Tamils as their own, were looking for benefits and not opportunities when they enrolled in large numbers with militant groups supported by India. They thus became like the East India Company through which the British invaded India. Interestingly, the East India Company seems to have left its legacy behind and this seems to have been passed on to the LTTE:

[In the 18th century, Britain had a huge trade deficit with Qing dynasty China and so, in 1773, the company created a British monopoly on opium buying in Bengal, India, by prohibiting the licensing of opium farmers and private cultivation. The monopoly system established in 1799 continued with minimal changes until 1947. As the opium trade was illegal in China, Company ships could not carry opium to China. So the opium produced in Bengal was sold in Calcutta on condition that it be sent to China.
Despite the Chinese ban on opium imports, reaffirmed in 1799 by the Jiaqing Emperor, the drug was smuggled into China from Bengal by traffickers and agency houses such as Jardine, Matheson & Co and Dent & Co. in amounts averaging 900 tons a year. The proceeds of the drug-smugglers landing their cargoes at Lintin Island were paid into the company's factory at Cantonand by 1825, most of the money needed to buy tea in China was raised by the illegal opium trade.]

As per my discovery, if we fail to pay our debts to our seniors and ancestors but use their status for current purposes – we inherit their negative energy which resides as sins in an area and in those to whom that area is ‘home’. Status inherited without faith is of hearsay value. When used at policy level – it comes with its primary level ‘other side’.

As for the elephant in the room – India’s National emblem, the animal on the east is its Guardian. As per Hindu legend, the elephant represents ancestral mental power. Hence Lord Ganesh – went around His parents and won the prize mango.

The values of Mahabharatham need to be written in today’s language as per one’s own true experience. Such value would naturally connect itself to the value in the Big picture. As per that Big picture – we are all different parts of One whole. Hence when  Buddhist leaders do not find the pathway to economic success they go to Thirupathi the Lord of economic prosperity. If they already have that through politics they can cure any sins that the wealth picked up along the way. Faith cures due to the net positive value that that place depicts. The return comes to the person and/or group whose earnings made the visit possible.