GIVEN LIFE BY  THIS PRESIDENT

Subject: Re: PROTESTORS OR HOOLIGANS?

Gaja, once again you are blabbering your usual bias with malicious intention of tarnishing any thing that is good. Your calling the protesters as hooligans clearly shows your warped mindset of looking at things. The recent protest was utterly civilised and orderly and enlightening. If there were any unlawful acts it was by people like you who have infiltrated the groups to spoil their name. In fact I see you as just one of those mercenaries intended to tarnish any thing every thing. Let us forget about your cousin Krishna, knowing you, we can fathom how utterly dangerous he would have been to any movement that is lawful or needed for freedom. Even in hinduism there are numerous instances where traitors have been killed. So here I have no difficulty to understand how dangerous guy he would have been to a cause. However, it is not wise for me to go by what you utter, as it may be cooked up. So let Krishns rest in peace away from you. By the way dont drag late Sunil Silva into your conversation because he is a gentleman and a realist and I know him more that what you do. I am not talking of the political future of SL but for heaven sake dont drag them into your warped analyisis. For you the world is still flat and all your manifestations are determined by a few planets around the earth.

Krishna was part of my immediate family. I had every right to express the Truth I know about him through my family relationship and include him as if he were a part of myself. That is how positions regulate our activities. My article was written on the basis that the crowd that entered the premises of the Prime Minister and acted as if it were theirs. Protesters cook food, play carrom inside Lankan PM's residence. We were exposed to this in Australian news. Indian media also published it – for example at https://www.hindustantimes.com/world-news/sri-lankan-crisis-protesters-cook-food-play-carrom-inside-lankan-pm-s-ranil-wickremesinghe-residence-video-gotabaya-rajapaksa-101657462911207.html

In Public life, the PM and the President are relatives by law – to every citizen. When a citizen ceases to view the person outside the portfolio, and outside the Truth of the person, the viewer’s investment in governance structure is confirmed to be at that level. As per my interpretation of Dr Nadesan’s response, his level of investment in family structure does not extend even to ‘cousins’; leave alone relatives in Public life.

In the case of Public life, Dr Nadesan confirms the level of his investment as follows:

My investment in the same person was through his position, confirmed as follows in chapter 29 of my book ‘Naan Australian’ 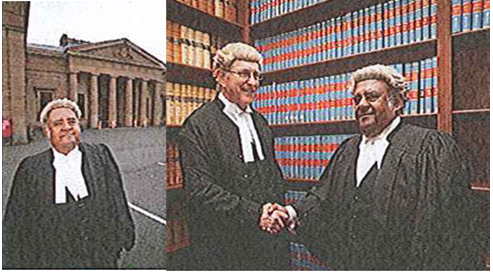 I valued the fact that Sunil brought his mother along with him to the meetings of Sri Lanka Reconciliation Forum Sydney. Without knowing that the lady was Sunil’s mother, I asked Sunil who the lady was? Sunil responded that ‘he had known her from the day be was born’. That is Sunil! Later he asked me how I had the Energy to write as I did.  In terms of Reconciliation service Sunil is now our ancestor. I honoured him by including his achievement as mine in my book which is now with the National Library of Australia as well as the library of the University of Jaffna – confirming that we were no longer relatives but ‘family’. That confirmed the success of the mission of Sri Lanka Reconciliation Forum Sydney.

One of the most hurtful actions by the crowd was the burning of books in Mr Wickremesinghe’s home. These books were meant for Royal College. As a current tutor of students of Royal College, my pain was that much stronger. Dr Nadesan could not have truly mourned the burning of Jaffna Library. If he did he was felt pain of books that are part of Colombo Education system.

Writes as follows in her above mentioned article:

[As the Constitution was changed to accommodate the ‘vision’ of a President-King who swore to cherish the ‘Sinhala-Buddhist’ heritage in front of the Ruvanveliseya (one of the most venerated religious sites in the country), his henchmen had already started dismantling governance institutions with ruthless intent. From that point onwards, Sri Lanka resembled more a nation of idiots rather than one of the oldest democracies in South Asia, bootlickers and military men were catapulted into key state positions under the aegis of ‘efficient rule.’]

If indeed Ruvanveliseya  is one of the most venerated religious sites in the country, and the President was open about it – there would have been a firm ‘Buddhist structure’ that was developed through the relationship between this President and the Buddhists to whom Ruvanveliseya  was a Buddhist heritage. Is that not the Economic structure that Lord Buddha showed through is own life?

Why is Ms Kishali Pinto-Jayawardena lamenting about that Truth? Is she not a Buddhist?

As per Public Information:

Commissioner Kishali Pinto-Jayawardena is a constitutional lawyer who was actively involved in the 2003/2015 information law drafting committee leading to the enactment of the country's RTI law.

That Constitution has carried ‘Buddhism Foremost’ article since 1972. That is also now of heritage value. Hence the exponential spread of austerity through this president. Unless Commissioner Kishali Pinto-Jayawardena had renounced all credits through such a Constitution, the lady is part of the poor side of Sri Lanka. That is the blessing of   Buddha
Posted by Austms at 16:54