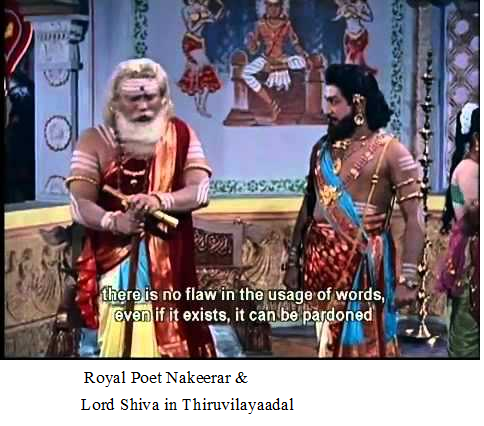 “Everyone must admit that Tamils have the same rights as everyone else in Sri Lanka. The North and East of Sri Lanka are the homelands of the Tamils.” – Mr Wigneswaran

Given that the narrator is Mr Wigneswaran, it cannot be a language error. Is it therefore an error of law? Or Ignorance of Natural Law?

The best way I can think of explaining this to my service group in Northern Sri Lanka is through the legend of Nakeerar who said to Lord Shiva ‘Even if the Lord opens the third eye  - a fault is a fault. The question there was whether the hair of a woman had natural scent? As per Lord Shiva the answer was yes. But Royal Poet Nakeerar said there was Error of Fact in the response. When Lord Shiva asked him whether according to him – even divine ladies’ hair did not have natural scent, Nakeerar said that their hair also did not have natural scent. Then as per the legend, Lord Shiva opened His third eye and the sparks burnt Nakeerar. My interpretation of this is that the hair of Divine women had natural scent – felt through one’s inner consciousness – which is the parallel of insight. When we go into virtual reality – that is the experience we have. When therefore Lord Shiva opened His third eye that was exactly the message about Divinity which we become conscious of when we burn our body consciousness.

On that basis, I quote the following from my recent work:

[Our logic varies as per our personal culture and/or as per our environmental culture. Those driven by visible effects make weak mind-connections. The subjective system does not work very well for them. To the extent they are strongly driven by their own personal laws they would tend to be self-sufficient.

As opposed to the personal law, there is the Common law. This Common law is reliable to the extent the makers sacrificed to become common. Such sacrifices  naturally elevate the law to be of a higher level than the sum of the values of the personal laws of individuals in that environment. In Parliament for example, where all are mere representatives of their People – the laws made in Parliament through majority vote also would be at that level. It would be simple average of the total of all those who voted for it. But where some sacrificed benefits at the higher level, to become equal to the average, it automatically elevates the value. The sacrifice becomes the invisible root that supports the visible structure and the processes and laws that connect one part of the structure to another. When laws are made on the basis of sacrifices, they spread themselves exponentially. Their value is geometric average until it becomes infinity and is invisible. ]

Rights are invisible. We advise others of our rights through our actions. Through the war, the Tamil Army with its own rules  has demonstrated that it considers itself as Equals to Sinhala army. That group also has matched ‘Sinhala only’ with Tamil only’ .

To identify with this – one needs insight into Natural Law which continuously balances itself.

Me Wigneswaran associated himself with armed groups which interpreted Vaddukoddai Resolution as claim of Separate state known as Tamil Eelam. At that level – we Tamils are juniors to majority race – Sinhalese. It is when we feel Equal as per Natural law – that the rights have been earned. Combined with benefits – Rights are known as Opportunities. Hence Equal Opportunity laws. Did Mr Wigneswaran introduce such laws when he was Chief Minister of Northern Province? Has Mr Wigneswaran made up a constitution that includes these articles – which could then be a model for other provinces and eventually for the Nation of Sri Lanka?

Wishful thinking does not become law in a civilized community.