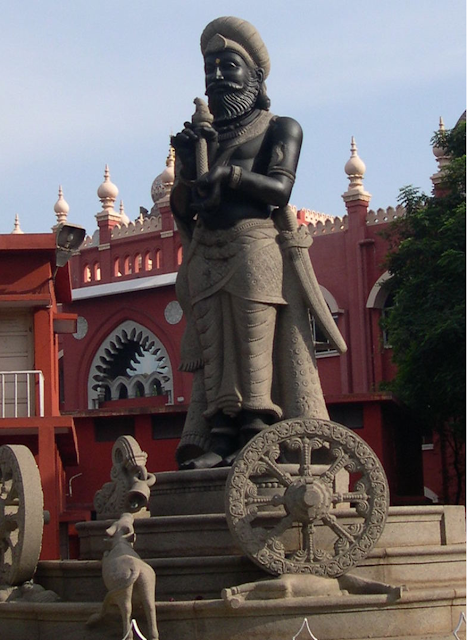 Mr Visvalingam Manivannan was recommended to us when we were looking for a lawyer to represent us in High Court of Jaffna. As our Attorney, there were times when I was dissatisfied with Manivannan’s service. But as a person he was always respectful of my wisdom in the issue and this brought us victory as a team against the opposition team of Colombo  lawyers led by the mighty Shanki Parathalingam PC – in successfully obtaining Leave to Appeal.

I – a lay litigant -  prepared the Leave to Appeal application within the 14 day time period – part of which was from our lawyer daughter’s home in Melbourne. I mention my lawyer daughter because I believe I contributed to her becoming a lawyer. Since I have not taken credit for it – it is shared ownership in her profession.

The decision to self-represent happened due to our loss of confidence in the lawyer who represented us at the District Court and one other who specialised in Thesawalamai law but asked for a very high fee. Both claimed that the decision was interlocutory. We met the deadline and the judge who was from Colombo directed us to have the Application redrafted according to Jaffna format. In that process we were recommended Mr Visvalingam Manivannan.

My application included the following:

3.     The Questions Involved : . Whether the matter was heard with the purpose of upholding the lawful Rights of the parties concerned or whether the Judgment was asked for and given on the basis of benefits with little discussion on Rights. In other words,  whether the Proceedings & Judgment took a  Cause based approach or whether they were more Effects based – distinguished as follows by Hon Justice Saleem Marsoof, P.C., J.  in Storer Duraisamy Yogendra  &  Balasubramaniam Thavabalan  Vs. Velupillai Tharmaratnam:

[The decision of five judges of this Court in the Rajendran Chettiar case is not only binding on this Bench as it is presently constituted, but also reflects the practice of Court both in England as well as in Sri Lanka. As Lord Denning, M. R. observed in Salter Rex and Co. v. Ghosh [1971] 2 All ER 865 at page 866 – “Lord Alverstone CJ was right in logic but Lord Esher MR was right in experience. Lord Esher MR‟s test has always been applied in practice.”]

When we were granted leave to Appeal at the Jaffna High Court level, I felt really good about myself. I in fact felt that the minds of the common Sri Lankan lawyer was with me. To me, it was a question of my relationship with the true lawyer in each and every member of the two teams. Once we go to tertiary level – we lose consciousness of the particular and therefore ‘us and them’ separations. That is when the minds connect naturally to each other.

Recently, when I heard in the news that Mr Visvalingam Manivannan had won the position of Mayor of Jaffna, I felt happy due to this commonness.

This morning, when I therefore read the headlines ‘EPDP beats TNA in mayoral battle in Jaffna’  in the Island,  my heart sank. As per this report:

[The TNA lost its mayoral post in the Jaffna Municipal Council to EPDP following a vote taken at the JMC chamber yesterday.

The vote was held after the budget proposals for the year 2021 had been defeated on two occasions.

Arrangements had been made to hold an election on Dec 30 for the post of Chairman of the Nallur Pradeshiya Sabha, where too the budget proposals for 2021 has been defeated twice. ]

I feel that in their haste to report TNA’s demotion, the Island has gone overboard and allocated to EPDP – the credit that was owed to TNPF led by Mr Ponnambalam’s All Ceylon Tamil Congress. The Daily News report assures me that Mr Visvalingam Manivannan continues to be part of TNPF.

All Ceylon Tamil Congress is a group founded by Mr GG Ponnambalam who shares with us a rich heritage in law as well as politics – especially ‘ethnic politics’. We may or may not see eye to eye with the current position holders in an institution. But the deeper our investment, the closer we get to Common Belief.

There is a quiet communication between the minds that often is not recognized by even the intellect, leave alone the physical. When the need is deep – and we believe, we ‘find’ the service . Recently, when I was referred to Dr Michael Solomon at Prince of Wales hospital, I felt that kind of experience. My review was as follows:

[I felt that Dr. Solomon identified with my need as if it were his. Carol - the Administrative Officer was very much part of that team and I feel that I am able to cure myself with the team within me. Could not have asked for better]

I was Revenue Manager for South Eastern Sydney Area Health Service which included Prince of Wales hospital. During that period I developed a special system for Private Practitioners within Public Service and many of the doctors were very appreciative of my service. To the extent I provided that service over and above my position requirements – I automatically became part of the system’s permanent owners. This makes it easier for those providing genuine service to connect to the customers. I believe that it was that investment that connected me to the deeper service of Dr Solomon.

As highlighted recently, Jaffna produced three Sri Lankan Chief Justices – and all of them had their founding at Jaffna Hindu College. To my mind, this was due to the genes of Emperor Ellalan – known as the Manu Neethi Kaatha Cholan – the Chola leader who protected Manu Justice , whose glory was sung including by the Judiciary in the case against a minority community Judge – the Hon  Jagdish Singh Khehar, who was promoted as 44th Chief Justice of India:

[“The judges of all the courts, since its very inception, have always maintained this great tradition of the Chola king and are rendering even justice to all concerned, whosoever he or she may be, irrespective of the fact whether they are rich or poor, and whether they occupy a high or a low status in society,” Justice Agrawal wrote.

“When one enters the magnificent precincts of the High Court of Madras which is a Chartered High Court, he notices the statue of a man standing with two wheels on either side with a calf and a small child beneath each wheel, and a cow. He becomes anxious to know the significance as to why and for what purpose this statue is located near the entrance of the High Court. The statue is that of the ancient Chola King, Manu Needhi Cholan, also known as Elara, who ruled South India around 250 B.C,” Justice Agrawal observed in the order.] The Hindu - When Chola king was personification of a perfect judge

I believe due to my deep belief in Jaffna – that we are protected by this great emperor of Justice.

Those who celebrate victory of Duttugemunu who defeated this king in the last battle of their times,  confirm that they are disconnected with this deep Justice Heritage that Jaffna carries – as ownership not only in Jaffna but in India also.

May be the call is for Mayor Manivannan to clean and beautify the Jaffna system of Justice as an heir of this Great Heritage that leads us now and forever. I bless Manivannan towards this.