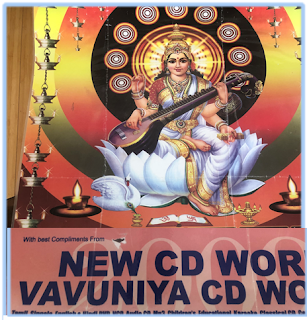 The upcoming UNHRC session seems to be important to many Diaspora Tamils as well as Tamil Parliamentarians in Sri Lanka. The visit of Indian External Affairs Minister Dr. S. Jaishankar indicates that it is important to India also. As per Financial Times report headed ‘TNA to support President to build an inclusive SL’ :

[TNA MP M.A. Sumanthiran told Parliament on Wednesday that he thanked the Indian External Affairs Minister for his remarks supporting the reconciliation process and devolution in the country. Dr. Jaishankar in his remarks on Wednesday said it is in Sri Lanka’s own interest that the expectations of the Tamil people for equality, justice, peace and dignity within a united Sri Lanka are fulfilled.]

In his academic paper ‘Time and space in the Sri Lanka-Tamil diaspora’  Dr Oivind Fuglerud of Norway presents the difference as follows:

[The internal tensions among Tamil exiles may be understood as a struggle over two different models of culture (Fuglerud 1999). The `traditional model' in exile upheld and articulated mainly by the early migrant workers, centres on hierarchical relationships of age, gender and social origin (`caste'). The `revolutionary model', propagated by the LTTE, envisages Tamil Eelam  the traditional Tamil homeland and future liberated Tamil state as based upon the principle of all members being equal under the enlightened leadership of their own organisation.]

To my mind – this is roughly the difference between Equality and Equal Opportunity. Former is transparent and is physically observable, whilst latter is known, including intuitively through experience of the hierarchical structure.

While the caste system was part of the basis of social hierarchy, to the extent it was based on the category of work, it was positive and is not different to the secular hierarchy based on merit .

[Vellalars will readily admit to their shudra (service) origin (Pfaffenberger 1982), while the fishing Karayars claim a Kshatriya (warrior) status (Sivaram 1992). In fact one may argue that the liberation struggle of the LTTE plays upon a cultural ambiguity: while to the outside audience one goal of this struggle is presented as eradicating external and internal oppression, in reading their Tamil propaganda, meant for internal consumption, one is left to wonder if the real aim is not to restore the Karayars to their rightful place in society. In an article in the official  LTTE newspaper on the making of the Tiger insignia into the `national flag' of Tamil Eelam, we read:

The Tiger insignia is an image rooted in Dravidian civilisation. It is a symbol that illustrates the martial history and national upheaval of the Tamils. Our national flag is the symbol of the independent state of Tamil Eelam to be created, rooted in the martial traditions of the Tamils (Viduthalai Pulihal , February 1991: 3).

In short, the `traditional model' of Tamil culture, by the ones who propagate it, is seen as a timeless state of affairs where the symbolic unity of sex, age and caste is reproduced through ritual, in particular the ritual of marriage. The `revolutionary model', on the other hand, has a conception of history: the need to recover what has been lost through outside influence locates this model in linear time.]

I identify with most of the above, including the ‘rituals of marriage’. Due to recognizing Equality rather than Equal Opportunity, the LTTE deployed women in combat which would have been a no-no as per the heritage in which Vellala women were home-makers. The fact that women headed women is confirmed by Theswalamai law specific to Jaffna Tamils . This law clearly distinguishes that when it came to heritage – one recognises Equal Opportunity and not Equality. In terms of current earnings, equality is recognized.

The Hindu epic Mahabharatham presents the Kshatriyas/Warriors as the lead caste. Their women were highly respected and the blessings of senior women were obtained by sons before they went to the battlefield. Women were considered the repository of Energy – the highest wealth that connects the family to Universal power.

[The precondition is that her sexuality is controlled, bound and directed to the creation of order (Wadley 1980). The auspiciousness, therefore, is not a consequence of her femaleness as such but depends on her relationship to others: before marriage on her being controlled by her father, after marriage on her loyalty to her husband. Chastity(katpu) to the Sumankali (eternal wife) is unconditional and is symbolised by the thali , the gold ornament which her husband ties around her neck at the wedding and which should not be taken off until his death. The tying of the thali is the symbolic core of the marriage ritual and is what legitimises sexual union, confers upon the wife a code of obedience, and in a sense entrusts her with the prosperity and well-being of the family. The concept of `katpu', however, has a wider reference than conjugal fidelity in the strict sense. It refers to a code of social conduct, in which the segregation of sexes and a restricted behaviour of women are central elements, a code expressing itself in an extreme female prudishness. `Shyness, timidity, ignorance, passiveness, obedience are regarded as ideal patterns of behaviour, or rather, the essential qualities of ``femininity'' ascribed to virtuous women' writes Adele Ann (1994: 56), an LTTE intellectual, marriedto the organisation's long-time political advisor Anton Balasingham. TheLTTE as an organisation rejects this feminine ideal. It also rejects the institution of dowry, which among Sri Lanka-Tamils must be seen as the inherent material aspect of the institution of marriage itself. Dowry is what legitimises the hierarchies of sex, age and caste (Fuglerud 1999) or, put the other way around, without an agreement on dowry between the parents of the couple the marriage is not validated.

The LTTE's position on women in itself marks it as a revolutionarymovement. Since 1983 a separate section for women, the `Women's Front of the Liberation Tigers', has been working within the organisation. Among the goals of this Front, as formulated in 1991, is to abolish the dowry system, to eliminate all sexual discrimination, and to ensure Tamil women have control over their own lives (Schalk 1992). By undermining the principles of age and gender hierarchy, the implementation of these goals would entail not only a change in the situation of women as such but a change in the entire fabric of the Sri Lanka-Tamil society. Concerning the third principle mentioned, caste, all caste practices have been banned through LTTE's own penal code of 1994and violations are prosecuted in courts administered by judges appointed by the organisation]

This is where the separation began happening. They failed to inherit the Kshatriya Dharma of treating women as Shakthi / Energy, within the organization and started ‘showing’ Equal status to outsiders. A chaste woman empowers those who respect her. Towards this – the woman is ‘protected’ from external challenges.  The dowry is such a protection to a woman against discrimination on the basis of money.

[The light in which migrant workers saw their early years in Norway is very different from the way later refugees contextualise their experiences.  Inspite  of the fact that most early migrants saw themselves as having to leave their home country, they had no wish to seek asylum. On the contrary, having struggled to clear their own paths in unknown territory, often investing in the lengthy acquisition of language and professional skills, some of them calling their children by Norwegian names, many deplore the coming of the asylum- seekers, their lack of education and what they see as disrespect toward Norwegian society. In those days they were accepted if working hard and behaving decently. People would invite them home, inquiring about SriLanka and Tamil culture. By demonstrating a willingness to work, it was also possible to find a job for their brother, cousin or nephew. This is changed now, they say, but the worst part is that they themselves helped to change it. The people they brought here show no respect any more, not to Norwegians  and not to themselves. Their own relatives, whose tickets they paid for, have become strangers to them. The war and chaos have made them a different people. `The tragedy of our people is the indifference of our young', one early migrant explained to me:

The asylum-seekers will never learn the real value of things. Education and learning used to be our trademark. We studied because our success brought glory to our family and our people. Today they can go to the West and get everything for free. An asylum-seeker being settled today will be given for free what I struggled twenty years toachieve. They have become corrupt. ]

I fully identify with this through my own family experience. But I also have the courage of Kali who rides the Tiger. Hence I write regularly and from time to time my work gets published. I feel strongly that today’s sharing was empowered by my participation in the book launch of -  National Conflict and International Intervention: A Media Discourse – by Dr Jeyaseelan Gnanaseelan Head, Department of  English - the University of Jaffna – Vavuniya Campus.

When I went in 2009 to Vavuniya so I could share in the pain of victims, I found the above 2009 calendar with Goddess Saraswathi in the house I stayed at. It’s only today that I made the connection to Saraswathi on the Swan.  I still do not know whether as per Tamil Heritage Kali who tamed the Tiger has become Saraswathi or whether the picture meant that the 2009 battle was the Swansong of the Tigers – which is being sung at UNHRC. But I do believe that my work will be valuable to a true seeker.

The Sinhala community also has had his revolutionaries leading the community to write history instead of identifying with heritage. They may learn from the period of harmony when the educated Sri Lankans were facilitated to lead.  In democracy, Minorities are the driving force behind a successful government . A government that has the blessings of minorities who carry their heritage will naturally succeed through Equal Opportunity values.