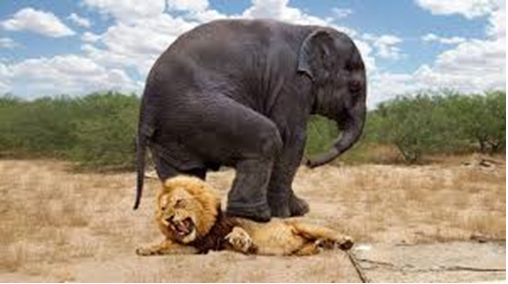 CHINA THE ELEPHANT AND SRI LANKA THE MOUSE

The above philosophy applies to politics as follows:

As per the latest news reports in Sri Lanka, Presidential pardon has been granted to 93 prisoners including 16  former LTTE cadres . This is 17% of the total released. In addition, Mr Duminda Silva who was tried by the Courts and sentenced to death for murder of a fellow politician was also released by the President yesterday. Wikipedia highlights the following about this politician:

This confirms that this president is not very different to his predecessor who also pardoned a person found guilty of murdering a teenager .

Using the above dance philosophy, to the extent the above is accepted by the People, the experience gets completed at that level. This in turn renders Article 34 of the Constitution,  redundant. This confirms the war-crimes allegations that have been raised to UN level.

The law regulates our interactions with each other and helps us form strong relationships. Outcomes through those common structures are healthy for the mind. Outcomes that are not passed through common principles, and/or truth, divide us and ultimately lead to instability of the mind.

In China’s parallel the minority community Uyghurs are at the centre of attention including at the UN:

[China on Tuesday politely declined UN High Commissioner for Human Rights Michelle Bachelet’s call for a “meaningful access” to verify the “serious” reports of human rights violations in the restive region of Xinjiang, saying she is welcome for a “friendly visit” but not to pursue a probe with “presumption of guilt”.

The US and the EU besides many other countries have accused China of committing genocide against the minority Muslim Uyghurs in Xinjiang and called for an international probe by human rights groups.] The Indian Express

If the UNHRC believes that there are violations, it now has another opportunity to highlight this commitment through Sri Lanka, in the case of Colombo Port City and also by raising concern over the arbitrary release of a politician in breach of the Constitutional provisions. The Constitution is the structure through which Sri Lanka is presented to wider world.  Hence the UNHRC needs to use its status to prevent the parallel manifestations in other nations. If China is the elephant, Sri Lanka is the mouse. The Hindu philosophy in this regard is presented as follows:

[Elephant faced Ganesh personifies the intellectual path - as the elephant is known to be the one with deepest memory within the animal kingdom.  The mouse outside personifies hearsay and does as it is ‘told’.  To me Ganesh is Computer and mouse is the mouse used to instruct the computer.] Naan Australian

Sri Lankan constitution may no longer be the elephant of the government. It may soon be China. Hence within that little gap the UN has the opportunity to prevent another disaster of a fight between the Sri Lankan Lion that has become a mouse and the mighty China elephant.

In the meantime every true discovery that the minorities make would go towards invoking credits at global level. Ultimately Truth wins when the focused performer merges with a common citizen and generates exponential power.