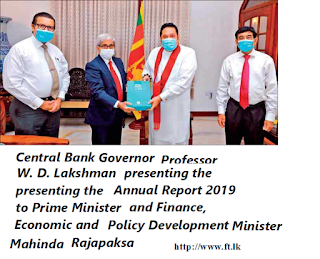 In February we learnt about New Zealand’s ‘Welling Budget’ in addition to the traditional financial budget. This led to the Australian Treasurer Josh Frydenberg and Australian Prime Minister Scott Morrison laughing at their Opposition – Dr Chalmers’ appreciation of the ‘Welling Budget’.  The way China invoked its Silk Road ancestry without the cultural sharing the Morrison government also invoked Hindu practices without belief to demote their Opposition’s proposal in relation to ‘‘Welling Budget’. Now I connect that as the indicator of the Coronavirus’ impact on our economy. Today this government is including the NZ PM in developing  post-corona restructure. Truth announces its arrival from time to time through appropriate channels.

I often recall the parallel experience in my life. My brother Shiva came from Jaffna to Colombo while he was awaiting admission to the Engineering faculty of  the University of Peradeniya, Sri Lanka. I was already working as senior manager at Air Lanka – the national carrier of Sri Lanka. A holy man from Thiruketheeswaram came to our place and said that my brother’s university education would be interrupted when he was 19. I thought ‘may be he would get involved with a girl’. While in Colombo – my brother spoke to a relative and got a position as salesman in a shoe shop. It was like holiday work. But when my mother heard about it – she was furious and found fault with me. I felt hurt but put it down to my mother’s strong commitment to education – through the pathway known to my mother.  But like the Coronavirus in the above example, the prophesy did come true in 1983 when Shiva was a victim ethnic conflict at the University of Peradeniya.

Such belief based connections are very much part of my fundamental thoughts.

The official parallel of the Wellbeing Budget happened due to my pain at the University of NSW which led to me challenging the use of Performance Indicators by the Auditors – as proposed by the then Auditor General of NSW who responded to me as follows:
in response to my Public demand for him to pay his Dues as an Accountant::
Ms Param, I fully understand that auditors are not to participate in the management of the entities they audit. That is basic. What I said in my report is that external financial reports only give a partial view of the performance of many public entities. Such entities are not established to earn a profit or a return on assets, but to provide services to the public. So to give a true and fair view of how well they are providing services, they also produce non-financial performance indicators. If financial reports are required to be audited – to give the public confidence in their accuracy – then so too should the performance indicators. I fail to see how you can state that this is participating in the management of the entity.

My response to this was :
[Most progressive organizations produce both – Financial and Non-Financial Performance Indicators. They  are both for MANAGEMENT purposes and reflect the THINKING and WORK_IN_PROGRESS. If you use Performance Indicators – then you are thinking with them. This is like the Executive Government participating in the Judicial process. Your Non-Financial Reports are the Legal records that these organizations are required to maintain – such as the Recruitment and Employee Assessment records. Where there is a big gap between Law and Practice – it requires YOUR staff to do the additional work. Taking the Performance Indicators distracts you away from this work. It is in breach of the Doctrine of Separation of  Powers. These organizations must be allowed to confidentially do the cooking and it’s up to your staff to do the spy work from the finished product to the LAW and not to their dreams and goals. You are seeking the short path because your staff are not trained to find out from the client staff what is going on. Staff often ‘hide’ information from you because you are third party. So they should. That way your staff would improve their skills. Using client-staff’s work-in-progress deters your staff from thinking through their own specialty = AUDIT on the basis of existing LAW. Then we would become a uniform society instead of a diverse society challenging each other – you within the existing law and the operational staff towards tomorrow’s laws. Challenging leads to creativity – as you can see from me. Gandhi also said that the night he was thrown out of the first class compartment of the South African RAILWAYS was his most creative experience.
You need to get the client organization to publish their non-financial reports that are mandatorily maintained. Public service organizations primarily make goodwill. This can also be positive or negative – profits or losses. They are collected together and are balanced with the total costs through Common Funds. It will be useful for you to develop a standard dollar value for these legal requirements so the People can SEE and know the Truth. Your role is not to help them make a profit but to report whether they are and how much. How about doing one on UNSW? Or State Rail?]

As per the above, a ‘Wellbeing’ budget separates the service sectors from business sectors. It is false for the same reason why Client Performance Indictors should NOT be used by Auditors. Performance is identified with or  measured as follows:


(1)  Ownership Performance – known by the performer but not shown to see
(2)  Objectively Measurable performance – visible to all and is available to all
(3)  Indicative Performance – Performance known by insiders and which takes (1) to (2) and v.v.

The above are based on Soul, body and mind in that order.

In terms of Coronavirus, which caused global pandemic,  we managed it to limit our activities as closely as possible to level (1). This helped as to withdraw to our own sovereign territory which helped us as a small group -  to alienate the virus as a ‘foreigner’. We may find a vaccine but to the extent we market it to ‘show’ cleverness and for profit – we become ‘friends’ with the virus and form clusters in which the virus lives and thrives naturally – including in labs that are not completely isolated as per their purpose.

Separate ‘Wellbeing’ Budgets are the parallels of  special purpose labs and in principle should be closed once the purpose has been achieved. If they are maintained as a separate cluster – they would become general problem – free to travel like an orphan.

When during the lockdown, we formed our own clusters – the information about the virus was received and shared as a group. Likewise the relative laws and rules by the governments. That was like producing our own manuals as per our cluster’s commonness. Where we were not able to connect to those laws by the government – due to the laws being ‘foreign’ to us – we acted as per our own reality. Panic buying confirmed the level of mental weakness which is the consolidated pre-existing health condition that becomes the ‘home’ of the virus that thrives on animals.

This is the parallel of the analysis by former deputy governor of Sri Lanka’s Central Bank Mr W A Wijewardene – published yesterday under the subject heading ‘A child’s guide to CB Annual Report: Key message is not to kill markets but to use them efficiently’. In this picture the all leaders including the Prime Minister are wearing face masks – playing the role of Hindu Priests in Lord Muruga’s temples – Sellasannithi in Northern  and Kathirgamam in Southern Sri Lanka.
In the presentation by the former governor :

Q :by grandchild : what’s the key message in the annual report for 2019? Grandpa Governor:  "To learn of the message, you don’t have to read the entire report. Just read Chapter 1 of the report which is like an executive summary. It’s the prerogative of the incumbent director of economic research to pen it after all other chapters in the report have been completed by the respective divisional economists. It’s the signature mark of the director since he tries to present his unique understanding of the economy vis-à-vis the underlying global trends. This year’s Chapter 1 is specifically important because it has been written at a time when the country has been hit by three fears. These three fears are so ominous that the much talked-about three fears in City of Visala during the Buddha’s time could be said to be just a child’s play. According to scriptures, the Buddha had removed all the three fears just by chanting one Sutta. But the present fears cannot be eradicated by such spiritual interventions. "

The Prime Minister and the Central Bank team have been required to ‘guard’ their mouths and have been disqualified from chanting the purifying mantras.
The three fears are described by the author as follows:
[The first fear is that the economy had been slowing down since around 2013 pushing down the situ to its worst portending an ominous future for the country. It has worsened the exchange rate, external payments and the country’s ability to repay debt. The second fear is the man-made political instability making the government sector totally fragile without a proper budget. Its inefficiency is satanically rubbing on the efficiency of the central bank. The third fear was totally unexpected, the COVID-19 pandemic that hit not only Sri Lanka but also the whole world.]


The first fear developed during the current PM’s leadership; - the indicator is as follows:
[A Transparency International-led coalition revealed  Rs. 3,000,000,000 had gone missing from a roading project for a 2012 exhibition.] - Wikipedia

The second happened due to his influence over the then President who was seriously disrespectful of the Constitution and was anti democratic.

The third is due to China’s demotion which automatically weakens the beneficiaries of ‘free money’ from China in return for Hambantota – the home of the current PM and the current  President.

We receive what happens at the level we practice the law. If we have no knowledge of the law – we receive through our prior experience based truth. In terms of deaths due to covid-19 Sri Lanka has so far reported only 8 deaths. The first fear was the other side of unregulated economic activities. The second was in blatant breach of the law; the third is due to being dumbfounded on world-stage. The Lord has blocked their speech because they did not know the Buddhist Sutta – despite the Buddhism foremost requirement in Article 9 of the Sri Lankan Constitution.  One who does not practice her/his own law is not conscious of her/his sovereignty.