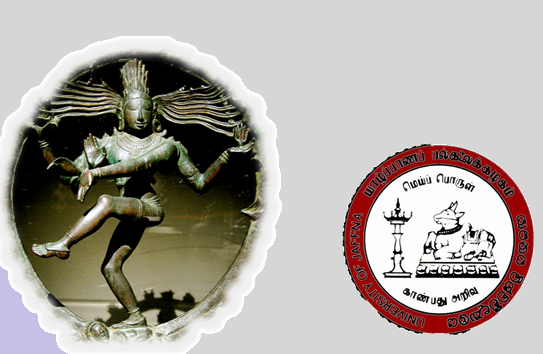 Respect the Independent Heritage of Jaffna – No enforced  Reconciliation

The weekend attack of Sinhalese students by Tamil students at the University of Jaffna,  has kindled emotions as well as discussions about Reconciliation. The Island article ‘University dons, civil society want govt. to spearhead reconciliation moves’ for example reports:

[Urging the government to take urgent action to bring about reconciliation between Sinhala and Tamil people, especially in the Northern Province, university teachers and several civil organisations yesterday condemned the attack on Sinhala students in the Science Faculty of the Jaffna University.]

The above group  who condemn the attack on Sinhala students are blaming Tamil students. They are judges to the extent they condemn. Their quota of authority runs out at that level. They do not have the authority to then urge the Government to do what they themselves have failed to do in the environments where they are the government. One cannot effectively relate as Government as well as – as Citizen at the same time over the one matter. If one were using theory / law through which to process facts – then one is taking the position of Government. If one were using experience – then one is taking the position of Citizen. The taller of the two structures wins.

A good proportion of Tamils who are still carrying the losses and injuries of racial riots – including at University of Peradeniya would relate to the incident as return karma. My brother was for example attacked by Sinhalese students of his Engineering faculty at the University of Peradeniya, during the 1983 riots. In the case of many, their University life was abruptly ended due to such attacks. So long as they continue to suffer – the return karma  to the perpetrators through the system of Natural Justice cannot be stopped. The return is stronger where the other party suffers quietly on their own – without taking revenge. Where there are such Tamil students and more importantly their families – who invested in their education – the Tamil students who attacked were mere messengers of the system of karma. Condemning them makes the problem worse for Sinhalese. Tamil seniors who share in the pain and loss of their families have the Natural Authority to discipline these students – if they felt it was inappropriate behavior.

[Senior lecturer in the Colombo University and former President of the Federation of University Teachers’ Associations (FUTA) Dr. Nirmal Ranjith Dewasiri said it was not an isolated incident, but the relations between Sinhala and Tamil students in the university had been strained.
He said Sinhala students had formed a Sinhala Student Association and as more students from the south had been sent to the Jaffna University since 2010 and 60% of the undergraduates in the Science Faculty was Sinhala. "Unfortunately, Tamil students as well as Jaffna people thought it was part of a conspiracy."]

Separated from its root – it may seem unfortunate but any non-Tamil coming to Jaffna that continues to suffer due to the war – would be unwise if they expect to be treated on Equal basis as a Tamil. Each one of us carries her/his Truth within. We may use our external knowledge to not let our Truth surface before our duty. But when one is pushed beyond the limit – and the limit is low in youth on both sides – Truth manifests Itself.

In a Nation that has committed itself to Reconciliation – it is the duty of every person who has  the higher position in a relationship with the other race - to ‘lose’ the difference in status – so that the two sides are seen to be Equal in current matters. No Reconciliation can happen without production of independent outcomes. To be independent the producers need to be allocated equal status. If Kandyan Dance was allowed to happen due to the will of Sinhalese students – Jaffna University – which is a Tamil University – would have lost connection to its roots. This devalues the University, the Northern Province and Sri Lanka as a Nation.

As per my knowledge, there is no law in Sri Lanka through which one could be marked wrong as a racist. Hence thinking Equal is not part of the Sri Lankan training. In fact, the students of Jaffna to whom University of Jaffna is ‘home-university’ were not themselves trained to think equal in terms of caste. Hence each one is as per her/his own Truth – which is a Universal connector.

Equal Opportunity principles are already built into Thesawalamai Law. A law expert of Sri Lanka said when asked here in Sydney at a meeting of the Sri Lanka Reconciliation Forum – that there was no need for Equal Opportunity laws in Sri Lanka because the other laws covered the subject matter.  I gave it serious thought. Where a nation which is low on intake of migrants introduces Equal Opportunity laws – it is likely to be disadvantaged relative to a Nation that requires new migrants to be competitive in global markets. Where our Muthusum (inheritance) is stronger than our Thediya Thettam (acquired wealth) – we would need Diversity more than Equality – so our inheritance is not damaged by new comers. It’s the respect we show our heritage that protects inherited wealth. Within a Nation this true law applies to areas like Jaffna that have long been low on immigration – largely due to lack of natural resources.

Jaffna University has Inherited Intelligence developed by Hindu Tamils. As per my knowledge there is no Church, Mosque or Buddhist temple at the University. The presiding deity is Lord Natraj (Dancing Shiva). The logo of the University carries  the wisdom of Thiruvalluvar - that one must seek and find Truth. Hence if the Truth is that the owners of the University used Hindu-Tamil pathways to realizing Truth – then that University’s Muthusum (Heritage) is Hindu-Tamil. When this is respected the University will require less current resources to maintain itself. University of Jaffna is the parallel of Australian Catholic University (ACU)  – each as per its diverse heritage. If some new students at ACU insisted on using Aboriginal art forms – on equal footing to Catholic art forms – then it is an attack on ACU’s heritage and Catholic students have the right and duty to defend that heritage from such ‘foreign’ attacks.

Each person/institution/nation – develops its own true pathway through its Truth. If that Truth is uncomfortable – one tends to live through external means. One who uses Truth – be it pleasant or unpleasant – as the preferred pathway –would always find Peace within that Home Truth. Tamils of Jaffna need their own Truth within which to find their own Peace. They have earned that right through their development of cultural heritage. The previous government of Sri Lanka rejected outsiders during the height of the war on the basis that they were eliminating Terrorists. Where were  the Equal Opportunity pundits then to ensure that the Tamils had to produce their own objectively measurable  unlawful outcomes in attack – before they could be punished en masse?

The Prescription Ordinance of  Sri Lanka provides that one who Believes and occupies land for 10 years or more and does so through a title independent of   or adverse to the legal titleholder  –is the real owner.   Jaffna has travelled independent of Central Administration – as far back as our mind can stretch. Hence one could claim that those parts of Jaffna which are based on Tamil heritage are owned by Tamils and the laws applicable are their own customary laws. Protecting their ownership of that heritage is the duty of not only every Tamil student but all to whom Northern Province is ‘home’.

Sinhalese students who are ‘foreigners’ to that area were invaders when they insisted on Kandyan Dance at Common function. If those students use the true law applicable to  the University – in an Academic environment – they would  find this true law and discipline themselves. THAT us what a University is about. Jaffna was not Terra Nullius when Sinhalese rulers arrived. One of the ways in which new arrivals can prevent injustice on their part is to pay homage to the 1st settlers who have made that part of the world – their ‘home’ as per their Truth. Traditional owners are higher owners and there can be no question of reconciliation. One just has to bow one’s head when in that territory. Colombo is common and hence needs Reconciliation.

Even in terms of money – inherited money has stronger influence on our self-confidence than current savings due to the mind connection with our ancestors. Those Nations that need new settlers need Equal Opportunity laws – so as to be competitive with others of their times. The two should not be indiscriminately mixed if one seeks real and lasting peace. Using Equal Opportunity principles through which to evaluate this Jaffna problem – is a clear example of plagiarism – most unbecoming of  all institutions/minds  of Higher Education.
Posted by Austms at 13:39