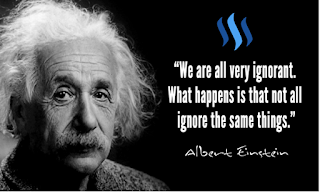 Easter Sunday Genes in the UK?

I received the report from Vaddukoddai in Northern Sri Lanka, that a young girl of 19 who is one of our  trainees had run away from home – with her 20 year old boy friend. Now that there is a different law and order in Northern Sri Lanka – I was not shocked by the news. I did however feel for the parents of the girl and contacted them. I counselled the mother over the phone and communicated to her that I did not think  ill of the family or the girl. I said – since as per their assessment – the boy was of acceptable character - to ensure that they make the relationship official. I highlighted other worse examples in their neighbourhood and strongly advised that they not feel bad about it after having done their best for their daughters. I stated also that it was not uncommon here in Australia for young ones to live together. I felt that it was important to show them a pathway through which they could protect their own investment in a lasting marriage relationship. Towards this, I needed the truth from both cultures. This is also the case with ‘Terrorism’ activities.

[A Briton who converted to Islam and later plotted to bomb three busy places in London of the kind carried out in a Sri Lanka church in 2019, was on Friday sentenced to life imprisonment, Scotland Yard said following a judgement in the widely-followed case.
Safiyya Shaikh (born Michelle Ramsden), 37, will serve a minimum of 14 years before she is considered for parole for the plot to carry out terror attacks at a London train station, a hotel and the St Paul’s Cathedral, besides disseminating terrorist material online. She had pleaded guilty in February.
Commander Richard Smith of the Counter Terrorism Command said: “This case is a stark reminder that the threat from terrorism remains as real as ever. As the lockdown restrictions ease and our public spaces start to open up again, it is vital that the public remains vigilant and reports anything suspicious to police - we need your help.”]

As per the Island article ‘Retired CA judge Gafoor says UNP hierarchy alerted to extremism, but to no avail’ on this subject matter:

[Retired Appeals Court judge, M.M. Abdul Gafoor and several Muslim leaders met former Ministers Mangala Samaraweera and Sagala Rathnayake in 2016 and informed them of a young man who pledged support to ISIS  and his associates, the Presidential Commission of Inquiry (PCoI) investigating the Easter Sunday bombings was informed, yesterday.
Gafoor told the PCoI that, in 2016, one of his former school teachers had called him and said that her son Aashik had pledged support to ISIS and threatened to kill her when she asked him to reevaluate his beliefs.
"She said that he was working with a group of people. This was a serious situation and I spoke to a Muslim businessman who had links to the highest echelons of power. He then consulted several intellectuals and suggested that we meet then foreign minister Mangala Samaraweera. We met him and explained the situation."
The witness said that he had decided to meet a politician while being a serving judge because of the gravity of the situation. Gafoor added that given how violent those people were he thought it was better to inform the highest echelons of power.
"It was a young man, who had passed out from Peradeniya University. He had threatened to kill his mother and he had associates," he said.]

The young man Aashik had no respect for his mother. That generally is the case not only with Muslims but all those who enjoy the benefits of democracy but continue to live as per the habit of dominating over apparent minority powers including within the White Australian community here in Australia. Such flaws cannot be cured by outsiders. In the above instance Mr Samaraweera did not have the power to cure Aashik. To my mind, Mr Gafoor was driven by ‘showing’ he was doing the right thing instead of being that right thing – at least in his retirement. An insider would take ownership as if it were her/his problem. Aashik’s mother did not feel that ownership in wider society and Mr Gafoor did not feel that with Aashik’s current community of young rebellious Sri Lankans.

Many of us believe that the LTTE did team up with Mr Premadasa to defeat the Indian Peace Keeping Force (IPKF) and later ‘accommodated’ Mr Rajapaksa in 2005 Presidential elections:

[After that, Wickremasinghe's only real hope of victory was through the support of the island's ethnic minorities, given his generally more conciliatory stance on the ethnic issue. He secured the endorsement of the main Muslim party, the Sri Lanka Muslim Congress, and the Ceylon Workers' Congress representing the estate Tamils. He could not, however, obtain the backing of the main Sri Lankan Tamil party, the Tamil National Alliance. Wickremasinghe's hopes for victory were effectively dashed when the LTTE ordered Tamil voters, most of whom would likely have voted for him, to boycott the polls.] Wikipedia

This pattern will continue so long as Rebels who show victory are elevated to power by the people out of desire or fear, above the real leaders who feel ownership. Once we feel – the Universal power of truth leads us and continuously endorses us from within – i.e. through our own conscience. The more we seek to ‘show’ the more dependent we become on those to whom we seek to show and then that ‘showing’ habit itself. If there is no one else – we show one side of me to the other side of me.
Karuna Amman’s natural habitat is war area. Hence his claim. Had he been genuinely valued – he would have been made a high official in the armed forces. But the government handed over political status as if it were a commodity. This made Karuna – fish out of water.

No amount of inquiry by this government would lead to lasting solution to the ethnic problem in Sri Lanka. In contrast the UNP stayed away from that which they knew they had ‘ignored’. Albert Einstein said ‘We are all very ignorant. What happens is that not all ignore the same things’.

When seniors lose interest in juniors, juniors become minorities. When Minorities become insignificant – and they have knowledge of this through real experience, they become experts in the areas where majority are weak due to negligence of duty. To the extent such Minorities remain within their earned positions as per their conscience - they are then supported by the system of Truth which is exponential in its power. Some such groups were supported by the Corona virus. But to claim credit that ought to have been in a ‘free’ environment and not one controlled to ‘show’ a particular outcome. Sri Lankan Navy showing negative outcome is confirmation that the Sri Lankan government ‘lost’ against Corona and that civilians won through their own powers.

It is foolish to fight against nature. One may manifest a different form of nature but not defeat a particular form of nature. This is because nature is exponential in power.