COINIDENCE OR WAY OF TRUTH?

On 30 July my mother’s cousin Mrs Sivagami Ramalingam wrote as follows in my Facebook page:

[My view of the thirty year war is it was a period of mindless killing with no concrete, result and no accountability

Must say that I could not work out the essence of it.

On 31 July my mother’s cousin posted the following message:

The photo was that of  Mr & Mrs Sanmugarajah. I identified fully with that message due to my deep affection for my aunt and uncle. 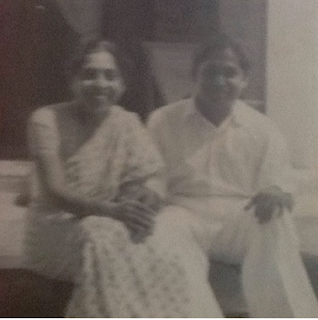 I felt honoured that Siva Acca would connect them specifically to me.

I therefore interpreted Siva Acca’s message through my elders – including my mother. I still could not work out what Siva Acca expected me to do in terms of Peace. But the fact that I considered our common investments to be important urged me to share more of my post war work as well as Tsunami Reconstruction work which to me are very valuable service. In fact when the Tsunami Reconstruction report was ready to be submitted to the government – I travelled to Colombo and stayed at the home of my aunt and uncle who had by then passed away. I believed they were still there and I got their blessings. The result was that the President – Madam Kumaratunga approved the resourcing of the housing projects concerned. Belief brings us the support we need. Our need is based on our own investments.

Then there was this email from Yoga Joseph with the heading:

‘RAVI PERERA ON SRI LANKA  : Gods and Soldiers’. I identify with the following:

[To say that everything is relative, is trite, but nevertheless true. One’s perception of people and events is conditioned by many factors, the observer seeing them through a culturally conditioned mind-set. A leader we consider above average, may well be just about average, or even below average in different eyes. An organization/institution that looks formidable from the local point of view, may be considered wanting, or even pitiful to another way of seeing. With every national disappointment, with every lost day, we realize that our “truths” are not necessarily, everybody’s “truths”.

Our daily life is made up of hundreds of everyday scenes. What we personally make of them is subjective, however, collectively, what everyone sees, make up a day, in a story of a nation.]

To me it was no coincidence that I noted the above article by a fellow Sri Lankan who did not ‘dismiss’ belief in gods as rubbish – which was what the Tamil Professionals did. My husband said that it was like how the Sydney Morning Herald published a report on the day holy powder materialised on the picture of Sathya Sai Baba. The report was about the Auditor General upholding the essence of my report to the management of the University of NSW.

Then came the email with the following message:

I was happy for the lady but did not think that the achievement would change the mentality of the group about whom I wrote this morning. They claim they are doing it for fun. To me it is serious work and affects many to whom I am a role-model. I must be satisfied with myself for me naturally lead those who respect me. Hence the above achievement felt that my work was also endorsed at global level.

There was no apparent Tamil name there. I fully identified with Dr Zameer Careem’s explanation  that Ramayana was interpreted differently from state to state in India and also from country to country. That in essence was what I was saying about the war and about my services and Mr Ravi Perera was saying about the Covid-Vaccine experience.  In terms of Elanka the reason that came to my mind was that I responded to Raj Gonsalkorale’s article on Buddhism. Did not hear from Raj but the contribution was Energy at Elanka. That Energy led me to the discussion by Dr Zameer Careem – confirming that Brahmins were indigenous to Sri Lanka. It felt as if they were blessing me for eliminating the nasty publishing by some Tamils.

So how did I feel good? My own Energy took me to the above sources through which I accredited my work. That is the way of belief. Our Service Energies come to us – so we would continue along our belief based pathway. Is everything relative as Ravi as said? Yes if we come out of our circle of belief; no if we stay within our circle of sovereign belief.