Gandhi Also was a Misogynist

The following statement by Mr Abbott was published today by the ABC through its report ‘Former prime minister Tony Abbott has been appointed as an adviser to Britain's Board of Trade after a flurry of criticism over previous statements.’ 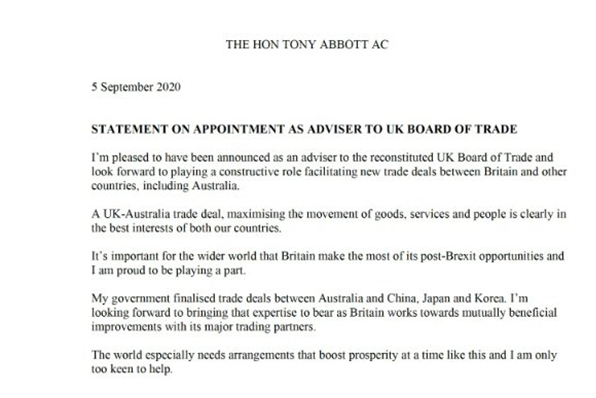 I got to know Mr Abbott through our shared experience in the case of Bali 9 leaders Andrew Chan & Mayuran Sukumaran. Mayuran was part of our extended family. I do not know whether Mr Abbott who was then Prime Minister, and was included in  my mailing list, read my emails. But it is highly likely that the Administrative staff of the office of the Prime Minister would have paid some attention to my communications, after I sued Mr John Howard for not responding to my complaints regarding the Administrators of the University of NSW where I had lost status and opportunity for doing the ‘right thing’. Through the documents submitted to Court – I learnt how communications were channelled through various net works in the Office of the PM. Under Mr Howard’s leadership – they were more like Sri Lankan public service – where there is no automatic acknowledgment as a first step. The true power of a politician is often known in her/his administration and beyond that in governance issues. There were responses from Mr Abbott’s office but more importantly there was a direct connection with migrants which I identified with through the Bali 9 issue. To me it was about the sovereignty of an Australian. I was more strongly influenced due to Mayuran being Tamil. By this time I had freed myself of the false values of my relationship with the Government and hence identified beyond relative values – with governance values, which are eponential. This to me is the core purpose of anti discrimination laws – so that we get to  know the other person through common Experience. An experience confirms Energy. It is often shared without either party’s conscious recognition of the other.

I felt similar identity with Mr Boris Johnson when he was in hospital with covid19 infection. When he recovered I felt that my belief based prayers had worked. It was also thanks-giving gesture of the support shown to Tamil migrants from Sri Lanka, to uphold their Sovereignty. As I said to a fellow Australian Tamil recently, this virus has challenged the global cleverness in Medicine. At the age of 70, I have enough knowledge about my body and mind to be able to live a fairly healthy life. The doctors are practitioners of alternate medicine. Likewise lawyers, politicians and the media. They are all one sided when driven by belief and hence become my equal opposites when I decline to travel along the pathway that they crafted  but did not work for me.

As per the ABC report:

[Scotland's First Minister Nicola Sturgeon also took aim at Mr Abbott over comments he made about COVID-19 during a speech to a London think tank on Tuesday, where he said that some older people should be allowed to die naturally.]

That is what Indigenous Australians also would appreciate as would every old person who lives close to nature. Where there are expectations to maintain the body through unsure minds, the risks of failure are high. The body maintained beyond the value of mind, goes into automatic mode and becomes a guineapig in the hands of those who desire quick wins. Where governments do not have the solutions, nature is the best medicine – be it to live or to die. The strong mind, empowered by truth, lives beyond the body anyway.

In terms of accusations that Mr Abbott is a misogynist – the source as per my knowledge was PM Gillard in Australian Parliament. Ms Gillard had a fall at Gandhi Memorial which Ms Gillard explained as follows:

[''No, I'm fine,'' Ms Gillard said. ''For men who get to wear flat shoes all day everyday if you wear a heel it can get embedded in soft grass and when you pull out your foot, the shoe doesn't come.'']

Once, when on my way to the Sydney Murugan temple I had a fall on the pavement along Hawkesbury Road, Westmead. I recall that it happened when my mind went to making sure that my hair was looking good. That lack of confidence in my looks was the precondition that influenced the fall. I had some swelling of my lips. But the amazing discovery was that no one commented on it. Later when I looked in the mirror – the swelling was obvious. Then I realised that what mattered was how I saw myself in that environment because unless I had status – no one was interested in me as if I were part of them.

If Ms Gillard had limited herself to finding fault with the opposition, in order to take Equal position, it would not have affected a fellow Australian’s opportunity beyond Australian shores. Ms Gillard’s paranoia over discrimination against women came through her reasoning about the fall at Gandhi memorial. As per the way Gandhi treated his wife – he also would have been seen as a misogynist by those using Ms Gillard’s measures. It was therefore inappropriate of Ms Gillard to have chosen to pay her respects to Mahatma Gandhi. The more appropriate memorial was that of Madam Indira Gandhi.

I feel that Mr Abbott is an appropriate person in terms of trade with countries like China where one would find majority to be misogynists. In trade the discrimination is through money and not through rights. It’s foolish to indiscriminately mix the two