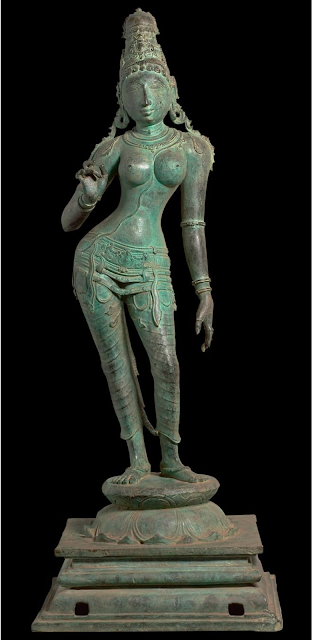 Last evening, I had a call from our Electrician in Thunaivi-Vaddukoddai – in Northern Sri Lanka. He said that he had been summoned by the ‘Authorities’ over his wiring work of our water-tank in the property we donated for post-war  Reconstruction  purposes. The Land was/is  part of our Temple property . But due to the ‘cultural differences’ between the Government Officers and the folks of  Thunaivi – Government Officers did not relocate to new building built out of Public Funds provided for such purposes.  The key to the Building was handed over to the local Women’s Association  who now specialize in ‘Public Protests’. Our plans to improve Security in that area along the lawful pathways based on my Truth -  and to implement common programs have been strongly sabotaged by this Women’s Association  with very little exposure to the outside world. Particular individuals who, like Mr. Rajapaksa are used to exercise of power in that area – were in the frontline to receive donations but when it came to sharing power – they want/wanted  the donors OUT. Hence the above call from the Senior Officer - to satisfy the Women’s Association.

When dealing with the local authorities – I take my position as a local who has followed the local laws. This is necessary to preserve the local boundaries that have developed through genuine common investments over the years. I advised the Electrician – to inform the Officer concerned that I was the person responsible and to let me know which law I had acted in breach of and also to remind the Officer that I had already written to all concerned  about my actions and  explained  how I considered my actions  to be within the law – using their examples.  I revoked the donation of Land but since the building was out of Public funds I did not act in breach of the rules of the Women’s Association. The Water Tank was fully out of our funds and hence the Government has no claim over it.  My concern yesterday was that they may act in breach of that Truth. To my relief – the Electrician called back to inform me that the Officer had engaged positively – just asking the electrician to confirm  what was happening and to keep them informed. To me that meant that we together were in our Home of Truth. That to me is Self-Governance.  Gandhi called it Sathya Graham (Sathyam=Truth; Graham=Home). Fasting towards Truth signifies that -  sacrifice of physical pleasures would develop this Home of Truth to cover others who needed to curb their pleasures – especially the pleasure of reacting – an eye for an eye. To the extent Gandhi was one of the group that needed the discipline -  he was able to bring them into this Home of Truth through fasting which results in Sharing. The highest fast is that of status – by denying the brain  the information to ‘show’ higher status than  the person being served – or quicken the process to produce  impressive outcomes.  This often results in alienation by the group in which we have  earned membership – this group often being of higher status in society than the group with the need..

As per recent news:
[The Tamil National Alliance (TNA) has warned that it will stage a fast if President Maithripala Sirisena makes a u-turn on his assurance to the Tamil political prisoners.
The Tamil political prisoners had suspended their fast unto death yesterday after the President assured a solution to their concerns.
The assurance was conveyed to the prisoners by the TNA, including opposition and TNA leader R. Sampanthan.
The TNA however said that if the President fails to meet his commitments by November 7 the prisoners will resume their fast and the TNA will also join them.]

As per latest reports the eleventh-century bronze sculpture, depicting Hindu Goddess Uma Paramesvari, would be returned by Singapore to India. The Island (Sri Lanka) Editorial in regards to this includes the following:
[No sooner had President Maithriapala Sirisena been inducted than he ordered archeological excavations in Polonnaruwa. The search has already yielded some tangible results, we are told. Polonnaruwa is an archeological treasure trove and many priceless artifacts are bound to be unearthed in time to come. While this search is on, the President should take action to recover Sri Lanka’s antiquities in foreign museums and private collectors.
Cabinet Spokesman Dr. Rajitha Senaratne has said, quoting UN Secretary General Ban Ki-moon, that all world leaders hold President Sirisena in very high esteem. After all, no less a person than Queen Elizabeth gave him a glove-less handshake, as it were. So, he should be able to convince his counterparts in the countries where Sri Lanka’s artifacts are being kept the need to return those items.]

Australian Prime Minister the Hon Tony Abbott also honored Australia by returning two Indian works of Art to India in 2014. India has earned its Treasures to ‘come home’. Has Sri Lanka earned such returns? The real value of such artifacts is the belief with which they were born – not as copies but as originals. One who is a true heir of the original would bring them Home.

Sri Lanka’s former president also remained ‘home’ and hence wanted the ‘foreign’ experts out during the last stages of the war. He did not ‘fast’ to discipline his local forces so they would share the ‘Common Home of Truth’. Instead, he consumed more ‘status’ and money pleasures by claiming that he had eliminated ‘Terrorism’. Given the contribution by ‘foreigners’ their Truth returned with them to their respective homelands – away from Sri Lanka.

TNA Leader Mr. Sampanthan is reported to have questioned as to why we had resorted to violence? Simple - Gandhi fasted to discipline his own folks. Tamil leaders fasted to ‘show’ that they were pointing the finger at the Government. Using the name of Sathya-Graham for maya/delusion  – results in the other side coming back to us. Hence the armed groups who returned to kill the heirs of those who claimed to practice ,Sathya-Graham within the Tamil community.  Likewise in the case of Sinhalese – who use Buddhism’s sacred name for lesser purposes cause the return through the violence in their own followers. It brings us peace to call ourselves who we really are – however animalistic we may seem to others. So long as we remain in our own Home Truth –  we are unaffected by their thoughts. We would then be in our True Home. This is not Buddhist Home for Sinhalese Politicians nor Gandhi Home for Tamil Politicians. Mr. Rajapaksa failed to bow to the UN before using its facilities to elevate his status at the global level. Whether the other group is higher or lower in status – richer or poorer in money – when we go into their Home – we need to bow to their values. Hence the self-sacrifice with lower groups. It’s easier to bow to higher status groups and yet Mr. Rajapaksa failed to honor them. This happens when we ‘forget’ our origins and do not replace the form of our real past as per our current environment. We keep lying to others and eventually we lie to ourselves. This results in disorders of the mind.

Like in the case of the land mentioned above – I gifted a couple of Indian artifacts to individuals who I thought would value them. One of artifacts looks very similar to the one being returned to India by Singapore.  In both instances I took them back when I learnt that the recipients  did not value the core purpose of the gift.  The drive comes from the spirit of these artifacts themselves. The mind of the creator connects to the mind of the true heir – and returns Home. It’s the inner beauty of the creator that is identified with instantaneously by the true heir. One who looks at the outer forms and money value – merely elevates her/his status by ‘possession’. But the true heir who may not have possession  - will have the experience – the formless Spirit. Yesterday Mr. Logathasan – father of  - Lakshmi - NSW’s Young Woman of the Year in 2014 – shared with me the significance of Vijaya Thasami (Vijayam=Victory; Thasami = 10)  – the day after the 9 day festival of Education – & the First Day of Lesson Learning. To me, the Tamil Administrators who gave form to my Truth yesterday – was no coincidence. We celebrated the Festival of Education at our Temple and Mother Saraswathi confirmed that the demon of Ignorance was killed by Her  Trident – and True Knowledge was Learnt by the folks of Thunaivi-Vaddukoddai – confirming that the donation I made with the purpose of post-war reconstruction was to myself – with the government being only a care-taker.. Did not need any Devolution of Power from Colombo nor higher status with Vaddukoddai folks – who were at the center of the first Political Declaration of Self-Governance in 1976. They made the Vaddukoddai Declaration and I had the Spirit. nothing without them – nothing without me.
Posted by Austms at 11:14