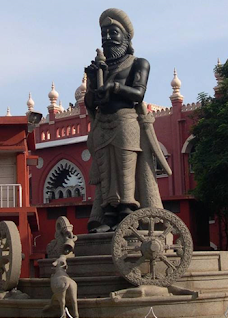 When we arrange the facts that we believe in, they reveal the Truth, the whole Truth and nothing but the Truth.

(i)Recently, when I heard in the news that Mr Visvalingam Manivannan had won the position of Mayor of Jaffna, I felt happy due to this commonness.

This morning, when I therefore read the headlines ‘EPDP beats TNA in mayoral battle in Jaffna’  in the Island,  my heart sank. As per this report:

[The TNA lost its mayoral post in the Jaffna Municipal Council to EPDP following a vote taken at the JMC chamber yesterday.

The vote was held after the budget proposals for the year 2021 had been defeated on two occasions.

Arrangements had been made to hold an election on Dec 30 for the post of Chairman of the Nallur Pradeshiya Sabha, where too the budget proposals for 2021 has been defeated twice. ]

(ii) {As highlighted recently, Jaffna produced three Sri Lankan Chief Justices – and all of them had their founding at Jaffna Hindu College. To my mind, this was due to the genes of Emperor Ellalan – known as the Manu Neethi Kaatha Cholan – the Chola leader who protected Manu Justice , whose glory was sung including by the Judiciary in the case against a minority community Judge – the Hon  Jagdish Singh Khehar, who was promoted as 44th Chief Justice of India:

[“The judges of all the courts, since its very inception, have always maintained this great tradition of the Chola king and are rendering even justice to all concerned, whosoever he or she may be, irrespective of the fact whether they are rich or poor, and whether they occupy a high or a low status in society,” Justice Agrawal wrote.

“When one enters the magnificent precincts of the High Court of Madras which is a Chartered High Court, he notices the statue of a man standing with two wheels on either side with a calf and a small child beneath each wheel, and a cow. He becomes anxious to know the significance as to why and for what purpose this statue is located near the entrance of the High Court. The statue is that of the ancient Chola King, Manu Needhi Cholan, also known as Elara, who ruled South India around 250 B.C,” Justice Agrawal observed in the order.] The Hindu - When Chola king was personification of a perfect judge

I believe due to my deep belief in Jaffna – that we are protected by this great emperor of Justice.

Those who celebrate victory of Duttugemunu who defeated this king in the last battle of their times,  confirm that they are disconnected with this deep Justice Heritage that Jaffna carries – as ownership not only in Jaffna but in India also.

May be the call is for Mayor Manivannan to clean and beautify the Jaffna system of Justice as an heir of this Great Heritage that leads us now and forever. I bless Manivannan towards this.}

[I am not a fan of the Jaffna Mayor, he is a former member of our Party…] - I was directed to this by a true owner of Jaffna Hindu College. Jaffna produced three Sri Lankan Chief Justices

[Before Jaffna Mayor Viswalingam Manivannan was granted bail on Friday night by the Jaffna Magistrate’s Court, Hon’ Minister Douglas Devananda had issued a statement to the media that the President was going to pardon Manivannan. The Hon’ Minister had stated (i) that Manivannan would be released on bail (ii) that he would not be charged under the PTA (iii) that he would be charged under the normal law. This statement of the Hon’ Minister raises the question whether Courts and the Police in this country are only existing nominally functioning in consonance with the whims and preferences of the President and his Government. The statement of the Hon’ Minister also brings out the fact, that Manivannan had been arrested for political reasons.]

The above confirm that the Island report at https://island.lk/epdp-beats-tna-in-mayoral-battle-in-jaffna/ was factual and that Manivannan was indeed with EPDP from 30 December 2020.

My declaration on 01 January 2021 has been upheld by Emperor Ellalan who lives on in Jaffna as Sithar/Saint. One does not need politicians in Jaffna. Saint Elara who naturally protects Jaffna.