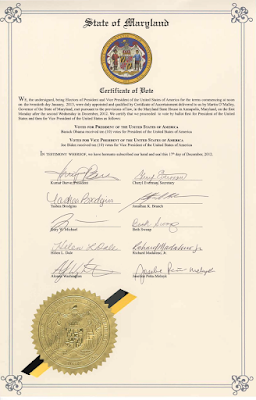 Why are leaders in democracy elected and not appointed? When does an elected leader satisfy merit based criteria of a position?

In his article ‘The Gotabaya Rajapaksa Presidency: Year One’ Dr Dyan Jayatilleke laments as follows:

[ In President Gotabaya’s first year, the abandonment of meritocracy has become a rule rather than an exception. Does anyone believe, can anyone believe, that the finest available Sri Lankan talent, the best available brains, the human resources of the highest quality and achievement in the fields relevant to the COVID-19 virus, have been mobilised and are actually driving the national/State effort to rescue us from the pandemic? ]

The Sri Lankan President is elected as per Popular vote. This includes quid pro quo votes. What were the intellectuals doing when the 19th Amendment went through without changes to the Presidential voting system? What were the best available brains doing when the quota system for University entrance was implemented under the leadership of Mrs Bandaranaike – presented by Dr Jayatilleke as follows:

[The retreat from the principle of merit – the basis of excellence – in post-Independence Sri Lanka began with the Sirimavo Bandaranaike Government’s twin measures (in the early 1970s) of the abolition of the independent public service and the introduction of district-wise and media-wise standardisation at university entrance. ]

The above was the fundamental reason for the ethnic war in Sri Lanka – with youth connecting to youth. To be fair to Mrs Bandaranaike, this was also an extension of democracy by majority thinking. When eventually war broke out – it was the less educated who fought for their respective sides. Not many Sri Lankan graduates came forward to protect their community’s sovereignty. This has now resulted in both sides to the armed war being accused of alleged war-crimes.

Those who sought an end to armed war by the less educated, need to expect the war-crimes parallel in civil administration also. To the extent physical safety is more important to the common voter, than intellectual achievement, we need to respect that choice. A good proportion of Tamils wanted LTTE protection against the Sri Lankan Government’s Armed Forces.

The problem for Sinhalese – as opposed to Tamils who did allegedly form their belief based de facto government is that they are officially responsible to uphold laws that they may not believe in. Law is the first measure of merit known to most of us. We could learn this fairly quickly but Belief is not so quickly developed. Intelligence needs to be practiced to become Belief. Belief is however exponential in value and hence where majority do not have intellectual capability belief based governance is essential to prevent crimes and strong conflicts with those of different cultures. Dr Jayatilleke confirms this of the emotionally driven Tamil driven by ‘looks’:

[Scorning Prime Minister Modi’s reiteration of the implementation of the 13th Amendment as essential, Team GR hopes to constrict the Sri Lankan Tamils into something smaller and tighter, although the ‘global Tamil brand’ has got a turbo-boost and every ethnic Tamil everywhere has experienced a quantum leap in self-esteem, political optimism and emotional energy with the victory of Kamala Harris (and by extension, her ‘wingwoman’, Rohini Kosoglu nee Ravindran). ]

Through my own experience with the Tamil Diaspora, I believe they are not merit driven any more than the Sri Lankan President. To me Kamala Harris is American of global standards who would have had to overcome prejudices as a coloured woman to get to the leadership position. There would be thousands of other Americans like her and to the extent they also fought against unjust discrimination in their own local environments – they are empowered with ‘insight’ that sees the truth in any structure / relationship. This is the significance of  ‘third-eye’. Dr Jayatilleke  expands this to the institutional karmic merit:

[The consequence (of standardisation)  was the displacement and debasement of the term ‘merit’ from that of objective criteria – relevant educational qualifications and success record – to subjective/normative criteria. Today, it is presupposed that ex-military appointments across the state system, and the annexation of civilian functions under the Defence Ministry headed by a retired General, accord with the criterion of merit, because the military/ex-military has the collective institutional ‘karmic merit’ for having performed the ultimate meritorious deed of saving the country from terrorism. ]

Karmic merit is truth based. If this were true of the Armed Forces, then Sri Lankans have little to worry about. As per my insight – if a Tamil woman sought to become Prime Minister of Sri Lanka – these very same members of the Tamil Diaspora would vehemently block her path.

Today, for example, I was directed by a Tamil Professional, to a news video with the explanation:

[Time is up for the military to throw Trump out. Enough is enough]

As confirmed by the above image published by Wikipedia:

[The Electoral College never meets as one body. Electors meet in their respective state capitals (electors for the District of Columbia meet within the District) on the same day (set by Congress as the Monday after the second Wednesday in December) at which time they cast their electoral votes on separate ballots for president and vice president]

It is therefore disrespectful of the American Ancestors who gave Americans these laws and due processes – to declare someone President and effectively dismiss the officially named President prematurely.

Intellectual merit is brought into a system of governance through the belief of higher minded persons. Many of them may not hold office. Like Devathasis / Divine Servers of India some of them will be exceptionally talented. Their minds connect through the Universal Franchise of Belief. They uphold Dharma at the wider level.