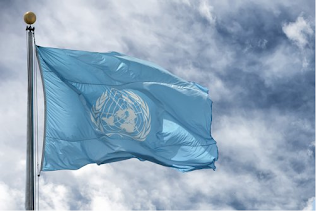 “We firmly believe that the Charter enshrines our common values as human beings, which unite us in diversity beyond our differences of language, culture or religion, today as 70 years ago.” UN70 Resolution. - http://www.un.org/apps/news/story.asp?NewsID=52360#.VjUkOLbovIV

In terms of Sri Lanka did this happen? If yes through whom? The following would give us some guidance on this:

[Mr. Ban noted that the UN Charter was written “deliberately, in the voice, not of governments, but of 'we the peoples,'” adding that it was a Charter for everyone, particularly the poor, the vulnerable and the marginalized.]

True. But like with any leadership it would work only for those who invest in the core values of the UN.  I applied for the UN Secretary General’s position as one of the ‘People’. But I was informed that I needed to go through the Australian Government – headed at that time by Mr. John Howard against whom I had already taken action as per my Lower Common position as ‘migrant’. It was NOT the UN that upheld my claim but God – who did not prevent Mr. Howard being present during the 9/11 experience.

[He also referred to his personal experiences with the UN when he was growing up in South Korea.
“I know first-hand the power and the value of the UN blue. When war came to Korea, I lost my home, my school, all I knew. But help came, bearing the United Nations flag.”]
Like the Sri Lankan Rebels – Mr. Ban Ki Moon also wanted to be part of the Government carrying the official entitlement to carry the Blue Flag which automatically separated him from the beneficiaries. Mr. Ban Ki Moon is reported to have stated:

[“We have brought freedom to millions, dismantling colonialism, defeating apartheid and defending human rights for all, regardless of race, religion, nationality, gender or sexual orientation,”]

No one can ‘bring’ freedom to another. The UN’s role is to Facilitate. To my mind, ‘bringing’ means it has firm physical boundaries as in ‘commodity’. When one formulates the contribution as per the contribution’s outer form – it becomes give and receive/take rather than ‘sharing’. Sharing is at formless state.

Mr. Ban Ki Moon is reported to have stated also “Our enterprise is not perfect. Violence, poverty, ill-health and abuse plague far too many people, especially women and girls.”

The reason that came immediately to my mind was that there has never been a lady Secretary General in the UN or an Equal POSITION demonstrating gender Equality. As a woman who has often taken second place to a man – despite having made deeper contribution to a particular institution / relationship – I am able to identify with the above reasoning which also fits in with the Institution of the People structure as stated. There needs to be a true woman leader within UN – who would have developed Intuitive Power of  Shakthi (Energy) – to intuitively empower and facilitate other women from the People’s side. This obviously was not the case. In the alternative there ought to have been a position demonstrating such sharing at the top.

A structure must represent the contribution made to the core-purpose of an institution which is made also by victims of the government who do not retaliate. Positions in democracy facilitate for a person to contribute through the position instead of the person in leadership position.

Recently, a fair section  of Tamil Community publicly honored Ms Thamilini who was the head of Women’s Political wing within the LTTE (Liberation Tigers of Tamil Eelam). As I pointed out on the basis of my direct experience with the LTTE  through a UNDP project – there was no ‘shared’ leadership at the top of LTTE, for women. Hence I did not participate in the Public memorial ceremony but mourned privately for the LTTE lady who was sidelined as part of the LTTE. A group that positioned itself as a freedom fighter group – had the responsibility to demonstrate its commitment to Gender Equality through its position structure at the top – be it the LTTE or the UN. Otherwise they are entitled to claim that they are liberating Men Only but using women also, for that purpose.

[Under the tenure of Secretary-General Ban-Ki Moon, the U.N. has been largely ineffective in resolving major disputes or holding violators of international law accountable. His tenure is notably marked by an inversion of two principles laid out by the second secretary-general, Sweden’s Dag Hammarskjöld, who affirmed that “integrity in the sense of respect for law and respect for truth” must override concerns of diplomatic neutrality or political expediency.
This preference for the latter over the former was notable in the comments of Moon’s special adviser on the prevention of genocide, Francis Deng, who assured Sri Lanka’s U.N. ambassador that he would not raise in public the Sri Lankan government’s mass killing of civilians in its conflict with the separatist Tamil Tigers.
A leaked cable shows that Deng preferred to rely on behind-the-scenes diplomacy to resolve the conflict and alleviate the humanitarian crisis, since he believed pressing the Security Council to take action in Sri Lanka would have met stiff resistance from China and Russia.
An internal probe revealed in November 2012 that, as with previous investigations, the U.N.’s handling of the civil war in Sri Lanka exposed “systemic failure” by the entire organization, ranging from offices in Sri Lanka to the Security Council to the secretary-general himself.
The report especially condemned the lack of public pressure on the Sri Lankan government, stating that U.N. officials – contrary to Hammarskjöld’s message to civil servants about respecting the law and the truth – failed to “stand up for the rights of people they were mandated to assist.]

Facilitating the People includes helping them see their Truth. My article ‘Sri Lankan Tree of Sovereignty’ highlighted that the 1983 riots were carried out by the People.  One Tamil Diaspora leader wrote in response to my claim ''In 1983 – the then Sri Lankan Government headed by President Jayawardene reacted to the LTTE which killed 13 Sri Lankan soldiers.'':

[Sorry, 1983 pogrom was planned well ahead of the ''13 soldiers'' incident.
Petrol cans and accessories and govt vehicles were ordered, voters' lists were prepared and thugs were readied months ahead. JRJ even gave a well-known interview to UK Telegraph on 11 July 1983: ''I don't care for the lives of Tamils'']

To this I responded:

Thank you for the response. You say:
[JRJ even gave a well-known interview to UK Telegraph on 11 July 1983: ''I don't care for the lives of Tamils'']

That also confirms the mindset of JR.  The LTTE opened the doors and gave him the excuse. JR – as per my assessment was showing signs of fear – of a man who lacked the confidence to lead Buddhists. If we have not manifested our side in a military manner – it would have been more clearly like the 1958 and 1977 riots. The latter in which I was also a victim - happened BEFORE the  new Constitution.  The Constitution was an expression of panic to TULF becoming the Leading Opposition in Parliament.

The above leader was taking a top-down approach. I concluded that that was because of his investment in the LTTE who took the position of de-facto government and was NOT for the People.  In contrast – a Sinhalese media person with common experience – demonstrated deep identity with my message – and highlighted my 2011 article ‘Don’t Get Mad; Get Even’ - http://www.srilankaguardian.org/2011/03/dont-get-mad-get-even.html

We make plans for the Country and the Institutions that we are heads of. These could be through ‘knowledge’ and/or through our ‘experience’. Where the contribution through experience is greater than through knowledge – that person is part of the driving force. That is how women often have deeper intuition about male headed families with high status. Once woman also is seen as an equal leader – this intuition is often lost to the family. This is a loss through democracy. Yesterday, when our son said that our granddaughter wanted to come to Sydney from Melbourne for her University studies – I said ‘She has to either pay board or she has to accept me as her boss’. My son accepted the latter – as was expected from him who has had the real experience of mother’s intuitive leadership – something he actively rejected in his younger days. A woman who performs at the highest standards of the family/institution but has the lower position has the best of both worlds – the experience at the higher level and the Common membership without needing active thinking and restructures. Truth does the restructures and the mother identifies with it.  Likewise minorities who perform at the highest standards as per their POSITION and not as per the individual/s in other positions in the family / institution.

To be harmonious, a nation needs to include its Truth in its Plans from which Budgets must flow. If Article 9 in the Sri Lankan Constitution – which gives preference to Buddhism - is based on Truth – then Sinhala Only as the official language is also right and Sri Lanka needs to be accepted as Mono-cultural  State. It’s like man-headed UN. Those who seek devolution are accepting that status. But as Norwegian Leader Erik Solheim is reported to have emphasized – if Tamils have to ‘fight’ for their earned status – they must consciously ‘reject’ devolution but take their earned positions as per THEIR assessment of THEIR contribution to the institution they are seen to be part of – be it Tamil Eelam as defined by LTTE and other armed groups with STATED purpose or Sri Lankan Nation. The two should not be indiscriminately mixed.

Tamil leaders often claim that young Tamils resorted to arms because Sathya Graham failed. It is doubtful that they asked themselves whether they were actually following Gandhi or using Gandhi’s name for their own purposes. Gandhi would never have joined an armed group of militants. Hence from the moment the LTTE was ‘included’ by Politicians – they ‘lost’ the value of Truth / Sathyam. If, like women in majority Tamil homes headed by men – we had accepted the lower position but performed at the highest level – equal to or higher than the man/majority – we would have been the real victors. We still are in various parts of the Community - due to those like myself who took that lower position. If Tamil women had fought for Equal position instead of Equal rights – we would have been a community plagued by Domestic Violence. We differ in structure from the Indian woman due to Thesawalamai which facilitates Equal position for women. LTTE failed to appreciate Thesawalamai.

The problem with the Sinhalese is more People related than the problem with the Tamils. The LTTE took an institutional ‘position’ as did the JVP. But not so the rioters. All civil riots including the  1983 pogrom happened due to this lack of structure at the lower levels of Sinhalese community. This kind of deterioration happens often due to one system being used for internal status and another for external benefits. To my mind, the 2009 behavior of the soldiers was also due to this and it brought shame to those leaders of the armed forces who did act as per their positions when they were in active employment. To be fair to the LTTE  leadership it was very strict with its cadre and the acceptance of such discipline flows from the natural structures of the Tamil Community – based on the true values of our Common life. Tamil civilians did not riot in the streets of Colombo. But if we do not include OUR experience in our policies – but are driven by what others – including South Africans got – we would soon lose the firm institutional values that we have invested in as a Community. Saving those values must take priority over fights for Equal position as the Sinhalese to ‘show’ outsiders.

As Rena - an Australian of Greek origin said when I was with NSW Health Service - 'The best man for the job is a woman'
Posted by Austms at 09:53