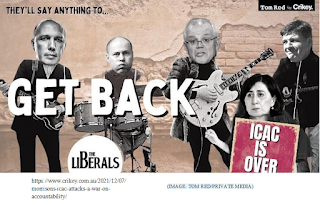 [“They should declare that such practices are wrong and it is not written anywhere in their religious doctrines and no Islamic preachers, Muslim politicians, and top officials have said so. They should also make it known that even if it is written in any religious books, it is wrong, and that is not the right interpretation,” he added.

If Muslims don’t make this declaration, such ghastly murders and lynching will continue to take place, he added. “If such murders in the name a religion are committed, they will not go to heaven, but to hell,” he added. ]Sri Lankan Minister of Public Security, Rear Admiral Sarath Weerasekara, while condemning the brutal killing of Priyantha Kumara in Sialkot, Pakistan – as per Ceylon Today report by Sulochana Ramiah Mohan.

This Minister was very much part of the Government Forces that killed Tamil combatants. This minister is a Buddhist. Article 9 of the Sri Lankan constitution states  :

[9. The Republic of Sri Lanka shall give to Buddhism the foremost place and accordingly it shall be the duty of the State to protect and foster the Buddha Sasana, while assuring to all religions the rights granted by Articles 10 and 14(1)(e).]

Was the war against the LTTE by the Government that represents the State – as per Buddha Sasana and if yes, where is it written specifically? Given that almost all members of the LTTE were non-Buddhists – did the Government of Sri Lanka ensure that the rights granted by Articles 10 and 14(1)(e) were satisfied?

Where the law is unwritten, it is left to the highest ranking officer to decide as per her/his intuition. The decision is then exercised as per discretionary powers provided for by the law. In terms of Articles 10 and 14(1)(e) – a Buddhist officer does not have the moral authority to use such powers. The officer needs to be advised by the highest ranking officer of the respective religion to exercise such discretion.

When Mrs Bandaranaike introduced Buddhism foremost in the 1972 Constitution, it seems to have been due to fear of insurgency. The fear would have been automatic due to her husband being killed by a Buddhist priest. Desire and Fear are Equal & Opposite forces. The 1971 JVP uprising due to Marxist-Leninist ideology would have confirmed the separation from Buddhism. It is highly likely that this fear strongly influenced the introduction of article 9. It would not have been written by Lord Buddha himself.

Preferential votes are the democratic version of the use of discretionary powers at the top. As per Wikipedia:

[Open list proportional representation, sometimes known as "preferential voting" in Europe and nations such as Sri Lanka, with preference votes used by the voters to express preference to individual candidates on the party list]

This is like a conscience vote – individual soul to individual soul. When our mind is natural this soul-power manifests. If the consciously calculated vote is a clever vote – the preferential vote is a good vote. In Jaffna district the SLFP candidate got this – confirming alliance of the LTTE with the SLFP – including in facilitating Mr Mahinda Rajapaksa to become President in 2005.

Here in  NSW, this popular vote in favour of Ms Gladys Berejiklian is recognised – due to overwhelming identity with the lady as an individual. The ICAC inquiry seems to have promoted this.

In his recent interview with CNBC, Raj Rajaratnam highlights this Balance of Power. He accepted the Judicial system’s punishment but also declines his ‘natural’ vote to such a system which confirms the pattern that overregulated institutions do not make clever business. Watch CNBC's full interview with Galleon Group's Raj Rajaratnam - YouTube

But he is now wiser about his own ability to prevent such punishments. The indicator is in the following by Wikipedia:

[Rajaratnam contributed $3.5 million to the Tamils Rehabilitation Organisation (TRO), a group whose assets were frozen by the USA due to its alleged close connections to the Tamil Tigers (LTTE) which are proscribed as a terrorist organization in 32 countries. TRO's offices were raided by the FBI in 2006 but the organization was never charged with any wrongdoing.. The chief of the investigations unit of at the Sri Lankan central bank found that Mr. Rajaratnam's donations were made in good faith. At the time the contributions were made the TRO was not outlawed by the U.S. nor Sri Lankan governments. The Sri Lankan justice ministry has acknowledged and thanked Mr. Rajaratnam for the millions of dollars contributed to rehabilitating child soldiers conscripted by the Tamil Tigers.  ]

During the above mentioned interview Mr Raj Rajaratnam confirms that his ‘intelligence’ was due to millions of dollars invested in research. I appreciate that very much due to my own focus in research – where I lack direct experience. In that research mode I go into the issue in virtual mode – starting with the truth I have experienced. Gradually – I lose consciousness of specific outcomes – which means I become the Common Truth. Then this informs me and leads me. That is how I have remained untouched by the karma of the LTTE. When approached for money I always declined. Instead, I offered my ‘intelligence’ in development work.

The way we earn the money may be just in our environment. But that is only half the equation of Dharma. If we spend in a way to hurt a genuine investor in Peace for example – then our earnings in terms of status and/or money is diminished.

During Tsunami Reconstruction work in East, I wrote the report for TRO because they lacked the expertise. As per my intelligence - Mr Raj Rajaratnam lacked the intuition that renders the discretionary powers in relation to the ethnic issue in Sri Lanka. Feeling sorry does not render one the moral authority to donate to such groups that are parts of our origin.

To judge Pakistanis – Minister Sarath Weerasekara needs to escalate the issue to higher common authority or use natural powers as Sri Lankan to share in the pain of fellow Sri Lankans. Towards this he needs to free himself of the title ‘Rear Admiral’ – so he would connect to the natural intelligence of Sri Lankans without portfolios – in this instance Defence portfolio. That I feel is the ‘Middle Path’ in Buddhism - which is also the Common Path in secularism.

Each Nation combines natural religious values with secular values as per its on needs. If Buddhism Foremost is needed by Sri Lankan Politicians – then Islam Foremost would be needed by Muslim nations.

Each Nation combines natural religious values with secular values as per its on needs. If Buddhism Foremost is needed by Sri Lankan Politicians – then Islam Foremost would be needed by Muslim nations.