One who feels ownership identifies with early indicators. When the Lankan Navy was confirmed to have been infected, I felt that this was significant and I wrote repeatedly about it. Mine was belief based intuition. I recognized those who did identify with it – also as believers in me and/or in Sri Lanka. The following headlines by Economy Next, confirm that Navy had high level of infections:

[Sri Lanka’s Welisara Navy base epicentre of the biggest COVID 19 cluster to re-open soon – Defence Secretary]
Almost simultaneously, the following has been published by UK’s Daily Express:
[China's 'naval base grab' in Sri Lanka exposed amid WW3 India row
Due to Sri Lanka's inability to service the debt on the Mattala Rajapaksa airport, it was leased to the Chinese state-owned China Merchants Port Holdings Company Limited on a 99-year lease in 2017.
This caused concern in the US, Japan and India that the port might be used as a Chinese naval base to contain China's geopolitical rivals.
The row is reminiscent of ongoing disputes in the South China Sea as countries try to thwart Beijing's growing military presence in the contested region.]
Evidence of Remorse is used to reduce the level of punishment through the Judicial system. When we cure ourselves by feeling the victims’ pain as ours we are free of guilt. This is sometimes the only way to redeem ourselves from our sins. A wrong becomes a sin when there are structural changes.

Someone wrote as follows in response to  my recent article headed ‘Chinese Influence in Lankan Politics which concludes with the message -  ‘As a Tamil he needs to know that money divides and belief unites.’ :

[In 1984, there were many Tamil militant organizations and with great effort and time they were all made to unite together to form "ENLF" Their unity was brief.  The LTTE got a huge sum of 4 crores from one of the politicians of Tamil Nadu . The LTTE kept three fourths and gave one crore to one of their close outfits. That divided the militants and it never came together again.  Had the ENLF continued, Tamil History in Sri Lanka would have been different.  These are facts, as you say they are facts because  the truth is the nucleus.]
Wikipedia confirms the essence of this as follows:
[In April 1984 M. Karunanidhi invited the leaders of the five leading Tamil militant groups, Eelam People's Revolutionary Liberation Front (EPRLF), Eelam Revolutionary Organisation of Students (EROS), Liberation Tigers of Tamil Eelam (LTTE), People's Liberation Organisation of Tamil Eelam (PLOTE) and Tamil Eelam Liberation Organization (TELO), for talks aimed at uniting the groups. K. Pathmanabha (EPRLF), V. Balakumaran (EROS) and Sri Sabaratnam (TELO) accepted the invitation but Velupillai Prabhakaran (LTTE) and Uma Maheswaran (PLOTE) did not.
Shortly afterward EPRLF, EROS and TELO formed the Eelam National Liberation Front.[2] The inaugural meeting of the ENLF was held at the EPRLF's office in Madras (now Chennai) and Ramesh of the EPRLF was elected the secretary. After the meeting Pathmanabha, Balakumaran and Sri Sabaratnam issued a statement announcing the formation of the ENLF:
Realizing that unity among the liberation movements is essential to take forward the freedom struggle of the people of Tamil Eelam, the leaders of the Eelam Progressive Revolutionary Liberation Front, Tamil Eelam Liberation Organization and Eelam Revolutionary Organization have decided to form a united front and name it Eelam National Liberation Front.

In early 1985 Prabhakaran changed his mind about the ENLF and decided to join. On 10 April 1985 senior members of the ENLF and LTTE met at the Hotel Presidency, Madras. Those attending the meeting were: LTTE – Prabhakaran, Rajanayagam and Anton Balasingham; EPRLF – Pathmanabha, Kulasegaran and Ramesh; EROS – Balakumaran and Muhilan; TELO – Sri Sabaratnam and Mathi. After the meeting a statement was issued:
The Eelam National Liberation Front and the Liberation Tigers of Tamil Eelam have decided to work together to take forward the freedom struggle of the Tamil-speaking people of Eelam...The emergence of unity among these four freedom movements that have adopted the path of armed revolution is a significant event in the history of the freedom struggle of the Tamil people. This unity, a turning point in the freedom struggle of the Tamil people of Eelam, has helped the consolidation of the revolutionary forces and coordinates and strengthens the armed struggle. We expect the news about the unity among the armed movements would gladden and enthuse the people who are enduring army atrocities and hardships and intensify their determination and resolve to march on the path of freedom.
The unity amongst the Tamil militant groups was widely welcomed by supporters of the Tamil independence movement.]

To the extent Indians and Lankan Tamils believe in Sovereignty through their culture there is automatic unity. Likewise, between Chinese Buddhists and Lankan Buddhists. This unity is seriously threatened when money is given and taken without a need and/or without common belief based structure.
The Sovereign power of Lanka has developed through all those who believe that that land is their home – because they worked to make it so and/or sacrificed that which they thought was theirs to protect that home. Majority of them are no longer physically with us. But to the extent we believe in them as our ancestors they live with us and through us. THEY work the system.
Lanka existed before Buddhism arrived. Those who believe in those ancestors and/or respect them – invoke their powers which are stronger than Buddhist powers in Sri Lanka. Whether it is Buddhism, Hinduism, Islam, Christianity or Democracy  – they are all human forms of our belief. One who reaches the root of that religion would not recognize form and therefore the form differences. One who is conscious of money and/or status confirms that s/he is yet to reach the root of Belief.
Some victims of the current government have invoked the karma of war against this current government. If it were true that the pain of Sinhalese civilians - from the Tamil militants led by the LTTE was genuine and stronger than the pain caused by the government to Tamil civilians – then  Tamils would have demonstrated more pain during the covid-19 crisis. That is the way of Sovereignty and if indeed Lanka’s Sovereignty was strengthened by killing Tamil militants and civilians in their community – then the Navy would have shown the same rate of infection as any other civilian group. The true purpose of a group is the nucleus of its sovereignty. It can be invoked by a true believer in the whole which includes that group.
Buddhist partnership with Chinese is without belief in Democracy nor Buddhism.

In his Colombo Gazette  article ‘Buddhism, the Dhamma and politics; ‘All People Matter’, Raj Gonsalkorale quotes:

[Question posed to Venerable Mahinda as noted in ancient Sel Lipi, “Ven Sir, what would you say about the spread of Buddhism you brought to Sri Lanka from India? Venerable Mahinda’s response, “It has spread, but had not rooted”.]

China’s influence has spread and has not rooted. India has deep common roots in Lanka. On 13 June 2020 I wrote under the heading:
[If China invokes Silk Road India will Invoke Eela Mandalam] 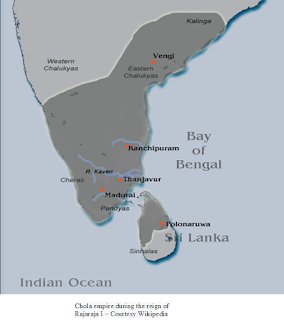 If Sinhala Buddhists insist on treating minorities as juniors – and Tamils invoke their ancestry the above would very well be a reality. This would mean that those above the border become Indians – as per our origins and those below the border become Chinese colony. Also – like those Tamils who fight to preserve the rights of the community being listed as LTTE Agents – the whole territory would be known as ‘Terrorist Territory’