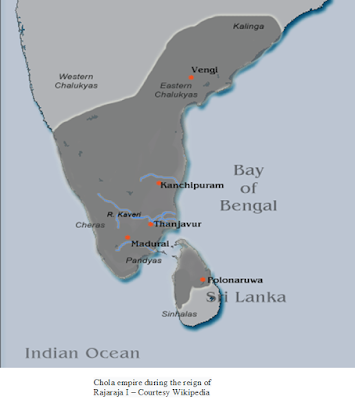 Today is St Anthony’s feast. I dedicate this article to St Anthony who has always answered my prayers.
We tend to interpret what happens at three levels – through the physical, intellectual logic and through belief. We refer to each layer as Mandalam. This was used as follows by the Chola dynasty in South India:

[A mandalam (maṇḍalam meaning circle; also known as pāḍi) was the largest territorial division in the Chola state. At its height, the state was divided into nine mandalams which included areas in Sri Lanka and other conquered areas. The two core mandalams were Chola-mandalam and Jayangondachola-mandalam……
When Raja Raja Chola I annexed the northern part of Sri Lanka, he named the area Mummudicholamandalam which was also known as Ilamandalam or Izhamandalam. Anuradhapura and Polonnaruwa were the major settlements in the region.] Wikipedia

These are lateral Administrative divisions. When one believes at the root level as per today’s structure – the heritage leads that person. That is how the above passage came to me when I sought to respond to ‘1st meeting of China-Sri Lanka Belt and Road Political Parties Joint Consultation Mechanism held’ article by ‘Ending Poverty in China’ news medium.

That is the way of Dharma. It leads at the higher level those who protect it at the level where they have power. As per the article:

[Song Tao, minister of the International Department of the CPC Central Committee, and leaders of People's Front, United National Party, Sri Lanka Freedom Party, and People's United Front of Sri Lanka attended and addressed the event with the theme of “building the Belt and Road Initiative and promoting economy and people’s livelihood.”
Chinese President Xi Jinping and Sri Lankan President Gotabaya Rajapaksa reached an important consensus on fighting the COVID-19 pandemic and promoting high-quality Belt and Road cooperation during their recent phone call, Song said.
He added that the CPC is ready to work with Sri Lankan political parties to implement the consensus reached by the two heads of state, strengthen the exchange of experience in state governance, consolidate the political foundation and public support for China-Sri Lanka ties, promote bilateral cooperation in all areas and contribute to the high-quality Belt and Road cooperation.
The meeting also approved a joint initiative of the political parties of China and Sri Lanka to support the high-quality Belt and Road cooperation.]

It is obvious that China is abusing Covid19 to use Sri Lankan government which has become its slave – to sell its Silk Road heritage for current benefits.

As per ABC’s article ‘China seems intent on using its economic heft to intimidate Australia — but the Government is eyeing off a new plan’:
[Last week, Mr Morrison held a "virtual summit" with India's Prime Minister Narendra Modi.
The video call had none of the impressive pageantry that would usually accompany a formal visit to India, which often includes an inspection of gloriously turned out regimental guards outside the vast colonial facade of Rashtrapati Bhavan.
But it was still a signal moment for Australian diplomacy. The two leaders signed a new comprehensive strategic partnership, along with agreements on cyber affairs, rare earths and military cooperation.
Drawing closer to rising middle powers like India and Indonesia not only brings immediate benefits; it might also make it easier for Australia to carve out new export markets there.]

I was upset by the Black Lives Matter protests in Sydney and Melbourne due to it confirming China’s claim of racism in Australia. In democracy – the people who have experienced racism more than they have benefited cultural freedom here in Australia – are the true authorities to claim racism. This is NOT the Chine government nor the Chinese media. Protesting at this time was short-sightedness on the part of the organizers. But truth will prevail and even if student numbers drop, we will have greater integration between the two nations. Nations are made up of Independent citizens.

In Sydney there were protests from Sinhalese about the ‘Genocide’ claim by Mr Paul McDermott. Since Mr McDermott expressed on behalf of his electorate – Sinhalese from outside that electorate had no authority to mark it right or wrong. But the above article confirms that Tamils are getting ready to defend our heritage being taken over by China through the Sri Lankan government that has become subservient to China.

As the above map confirms – Rajaraja Cholan’s Mandalams included a huge chunk of Lanka, including Polanaruwa – the home of the immediate past president of Sri Lanka.
When heritages are invoked they are exponential in value. The Silk Road is World Heritage and hence caused global pandemic. If Sri Lankan Government goes ahead with this Corona game – it would lose its crown and become India’s territory if Tamils invoke Chola dynasty as per their belief.