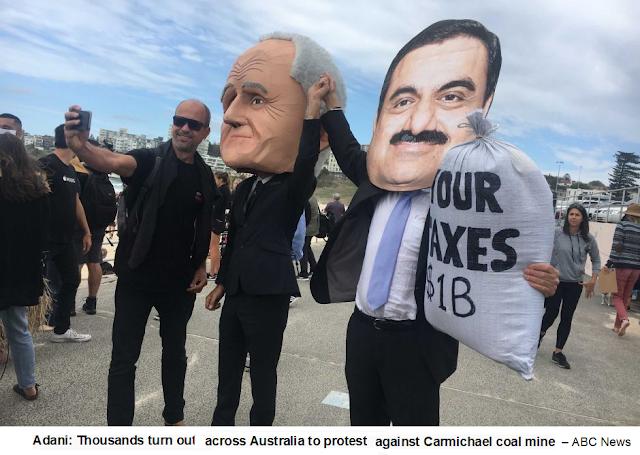 [Sri Lanka's Opposition Leader and the leader of the main Tamil party Tamil National Alliance (TNA) R. Sampanthan has highlighted the need for the Northern and Eastern Provinces to merge to function as one province as a majority of Tamil speaking people live in the two provinces.] Colombo Page article -‘Sri Lanka Opposition Leader highlights the need for merger of Northern and Eastern provinces’

Tamils as a minority became entitled to Equal status through the higher per unit contribution to the whole. This has been endorsed twice at National level – by Tamil party becoming leading Opposition in Parliament. This confirms the path of Natural Justice. The base is embedded in the saying by Philosopher Aristotle -  that “the whole is greater than the sum of its parts.”  Those driven by the sum of the parts – i.e. majority power – would tend to not appreciate the value of deeper invisible powers.

The victory of Tamil Civil Administration over Armed Rule was confirmed by the above manifestation.  The above proposal for merger gives credit to armed militancy through Indian influence. Mr. Sampanthan is therefore effectively following in the pathway of militants. This happens when one has given up on the higher values of Civil Administration. More importantly, Mr. Sampanthan is letting down his ancestors in Politics – who sought Equal rights and not majority power.

[My father was the descendant of well-known Penang (Brown) Kathiravelu and Gate Mudaliyar Nicholas and my mother was from a much humble Samuel stock. Brown Road in Jaffna is a representation of Brown (Penang) Kathiravelu.]

The above valuation was to my mind, confirmation that my tribute to my uncle earlier yesterday, had been received by my ancestor. Belief in Ancestors is a deeply  hidden positive value. Abuse of history as if it were of heritage value is a hidden negative value. I responded to Mr. Rajasingham Jayadevan as follows:

[ My birth home was Penang House. My mother’s sister married Mr. Visvanathan. Your brother also has shared as follows:
“Penang House on Brown Road was inherited by Viswanathan a second son of Brown Kathiravelu from his second wife. The eldest in that family was ‘ Blacker’ Ponnambalam, the former MP for Killinochi. I do not yet know how the inheritance chain thereafter evolved.”

Mr. Visvanathan (known as Aiyah to us) fathered five children. The eldest Dhanalakshmi Thavasingham lives in the UK. Second  - Kathiravelu passed away this year  in Kilinochchi. Third, Ramakrishnan lives in the UK. Fourth Rathi Arulnayagam also lives in the UK. Krishna (Rathakrishnan) was butchered by the militants in 1985. I was very fond of him. Blacker Ponnambalam’s son Yoga committed suicide after Krishna died. I met his elder brother Rajan Anna in 2003 while on the UNDP project.

Do you know how you are connected to Aiya? Aiya was also a beautiful person and I think of him fondly even now. We moved from Colombo to Jaffna after the 58 riots because Aiya wanted us to.  But he had that terrible accident and got killed. My mother and Periammah became very close due to Periammah’s need thereafter.]

The ‘experience’ of appreciating Dr. Rajasingham Narendran  was deepened due to my appreciation of my uncle Visvanathan earlier that day also. That value was greater than if I had appreciated Dr. Rajasingham Narendran  as a stand-alone individual. Belief brings us reliable network of human minds. Those of us who rely on that would not need majority power. Those who seek majority power would dismantle the network into individual parts.

The inner strength of family is Common Belief.  Indians became ‘outsiders’ when they ‘gave’ money and manpower beyond this Common Belief with Sri Lankans – especially Tamil Nadu with Tamils of Sri Lanka. India, which gave form to the 13th Amendment to the Sri Lankan Constitution, based on which the above claim is being made, effectively let down Upcountry Tamils who out of Sri Lankan Tamils, have closest Biological ties with India’s Tamil Nadu. Even their dialect is different to that of Jaffna Tamils. As a group, they are the most junior group within the Sri Lankan Tamil Community.

Indian Tamils have from time to time highlighted that Tamil political leaders did not add their powers towards Indian / Upcountry Tamils becoming eligible for Sri Lankan citizenship. Now through the 13th Amendment which provides for the merger of North and East, the Upcountry Tamils who need community leadership, more than any other part of the Tamil Community,  have been orphaned. This happened through India’s leadership.

Tamils have the right to claim  equal status to the extent they Believe that they have contributed proportionately more than the average Sinhalese who has the greater opportunity to form government through majority power. Likewise, it is the right of junior section of the Tamil Community to protest against seniors becoming majority power within the Community. The merger would have the tendency to reduce the motivating force to perform to win on merit basis. One of the leaders in the toddy tapper village of Thunaivi said to me recently when we were wondering why the youth were not as enthusiastic as the previous generation youth in playing football – that they – the previous generation  played to ‘show’ the senior caste that they were good at this. Now that the caste based distinctions are less apparent – the youth of today do not seem to have that kind of motivation. Likewise, if Tamils also start using majority power – they would weaken their motivation to ‘show’ on merit basis. Then Tamils are likely to lose their current Equal position in Parliament.

At the moment, within the Tamil community, Jaffna Tamils are taken naturally as the first amongst Equals, as Buddhism should be in Sri Lanka. But by making it the law our through Buddhism foremost provision, the structure is taken backwards to subjective rule. Its secular translation is that the son could never be equal in value to the father. Many sons of Sri Lankan politicians have demonstrated their dependence on fathers, which makes one wonder whether this was due to abuse of Democratic powers at the workplace?

The Sri Lankan President who is bound by the Constitution praying at Hindu Vishnu Temple at Thirupathi in India confirms his lack of commitment to demonstrate Buddhism foremost practices so long as he is treated as the President and not as Mr. Sirisena. Likewise, the Prime Minister who was recently reported to have said ‘All religions to enjoy equal rights, Buddhism given foremost place’ . If they appreciate that the ‘gap’ between greater than and equal value is ‘hidden’ they would respect minorities with such ‘cognitive reserves’ which help them find alternate ways of self-governance. The Prime Minister is Equal in status to other ministers but is the first amongst such equals due to the less invisible values that lead to higher performance than the ordinary members.
If Tamil leaders continue to copy Sinhalese leaders – then we Tamils become their foremost victims. India is giving money to juniors to invade seniors like Australia:
[The ABC's Four Corners program on Monday revealed alleged cases of bribery, corruption and environmentally destructive behaviour by the Adani Group in India.
Adani is seeking a $900-million loan from taxpayers so it can build the railway line from the proposed mine site in the Galilee Basin to the Abbot Point coal port.
"If this mine does go ahead it drives us into a dirty future and Australia is a country that's smarter than that," said Simon Fosterling, a Bondi surf life saver at the Sydney protest, which attracted about 2,000 people.] ABC News


If Australian Surf Life Saver is able to foresee the damage to our investment in Sovereignty through the above loan to Adani group and highly educated Lankan Tamil Political leaders are not able to identify with the invasive quality of Indians we have to admit that we are truly juniors in self-governance relative to ordinary Australians.
Posted by Austms at 13:53