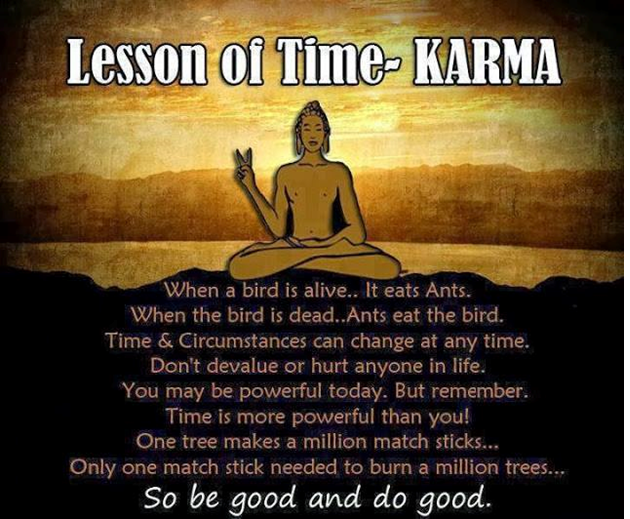 A Sri Lankan Diaspora Leader of Sinhalese origin sent me the ‘Lessons of Time-Karma’ message –
confirming that there is no real difference in the culture of both sides of the ethnic divide.

We Need Healers and not Warriors
The essence of the UNHRC report for Policy Developers - is the Recommendation for the “establishment of a hybrid special court, integrating international judges, prosecutors, lawyers and investigators. A purely domestic court procedure will have no chance of overcoming widespread and justifiable suspicions fuelled by decades of violations, malpractice and broken promises.”

It is noted that this report does not go to the root of the problem within the UN – that it was the UN that listed the LTTE as Terrorists and thereby boosted the Sri Lankan Government’s subjective powers. To the extent the UN did not know back then about the Sri Lankan Government what it knows now – after the damage has been done – there needs to be an inquiry into the UN’s own negligence in sharing power. Any International Court must also deliver judgment to the UN for its share of the problem.

For the Tamil side, according to published news :

[“Maithripala Sirisena is a war criminal,” says Mahalingam Shivajilingam, a provincial council member and a cousin of Prabhakaran]

This confirms lack of respect for the position of President. The root cause of the LTTE weakness is this lack of respect for hierarchical Civil structures through belief in Tradition. Likewise the Sinhalese armed forces. One former Senior Army officer wrote to me in response to my response to message through the Sri Lankan Minister for Foreign Affairs through my article ‘Majority Power Squared’ : ‘Don’t Believe him’. But for the same article I received an appreciative  response from the current Sri Lankan Civil Service. My response to the Former Army Officer was ‘I believe in the position and myself’. I bless the Civil Officer every time I go about my Civil Service in various forms.

The essence of the problem in Sri Lanka as it stands now is the Armed Forces v Civil Service. This is the feeling within the LTTE supporters in the Tamil Diaspora. Communications from the Sinhalese Diaspora also show this domination of the Armed Forces in civilian areas. Sri Lankan politicians of Sinhalese origin have indicated this strongly on many occasions. This happens when the Civilian Mind Order is lowered to be driven by Desired Benefits rather than earning them through structures – traditional as per past values and/or  merit based structures using  current values.

To be fair to the soldiers – they were being ‘natural’ when they thought it was their territory – ‘Appe Aanduwa’ – as they say in Sinhalese. The parallel in Tamil is ‘Thamil Eelam’. The question is whether the Leaders on both sides knew but turned blind eyes to their respective side’s weaknesses. Likewise the UN. If one lose consciousness of other side and looks only at the self – then as demonstrated through the above message of Karma – both side armed forces reaped as they sowed. Only civilians have the right to question and be heard by wider world.

Madam Navaneetham Pillai followed by the Hon David Cameron heard these civilians. Both contributed to the reparations for the Tamil side at International level. They became Facilities through their personal feelings for the war victims who did not have the support of the Government. THAT kind of approach is needed for healing. We need healers. We are tired of warriors. Einstein said that he had the experience of travelling with Light – when he discovered the Energy equation E=MC2 . To me as a lay person – that means living in the present – where time stands still. Madam Pillai and the Hon David Cameron came without being conscious of their portfolios – and they had the experience of the victims as theirs. Hence the greater awareness of the root problem at Global level. It’s all about virtual reality.

Through meditation (which even UN practices before its meetings) we go into virtual reality. There are no laws there – and therefore no relativity. Hence those who renounce / set aside their status to become one with the victims – heal them naturally. Through that sharing they also discover the solution needed. To my mind, the UNHRC report has a big doze of that sharing by world leaders like Madam Navaneetham Pillai and the Hon David Cameron. The reason why this might be difficult for Sri Lankan leaders on both sides – is that the victims do not consider them to be of that kind of Spirituality. They are too close to ‘what happened’ reality to rise to the higher level.

At a recent Tamil Diaspora meeting one the speakers said that we needed to not stagnate at personal level but raise our thoughts and ideas to Governance level. But most of our problems in Sri Lanka started the other way around – we started off at Governance level through hearsay and copying and crying Appe Aanduwa and Thamil Eelam - and then ended up with the experience. We now need a new route through which to raise the experience. We need closure of the past if we are to be successful in the future. Closure does not mean ‘forgetting’. We raise the experience to the higher level through our own Truth. Truth has all the answers we need. But to access our own Truth we need to first shed the lies we copied.

Tamils who seek International inquiry – need to be able to find their own solutions through this new International route. Towards this we need to lose consciousness of our past status at the local level. Otherwise demand for International  inquiry would be like cutting off the nose to spite the face. Once rebels are part of the political system – they have to use the political pathways to think, decide and express themselves. The strength of minorities is in Administration based on their experience.

Sinhalese do not want their soldiers to be exposed. In a subjective system – that the Sri Lankan system is – the junior must act in such a way as to NOT bring about demotion of status of  the senior. An army that failed to prevent this for its Government – has lost its way and tends to take over power. This stagnates the nation at armed level. Tamils have been more successful in suppressing their side –including through quiet economic embargoes by the Diaspora. I myself do not pay even a dollar without the other side having earned it through publicly measurable work. I do not hire folks to do my domestic work. I do them all myself – often without the modern machines I have here in Australia – but cannot be afforded by the victims I live with.  Many Diaspora leaders are now moving towards using Objectively measurable projects through which to heal the war victims. New economic achievements would help raise the experience.

Our daughter – a victim of irresponsible road user here in Australia  – said that if not for the money compensation through 3rd party insurance she could not have afforded to buy the home unit she bought at the time she bought it. I believe she would have invested in her own home  eventually out of her own savings. But it happened earlier due to the compensation. As for me the pain is still there – knowing that my daughter suffered when she was growing up. I pray more for her than for my other children and believe that she would be ‘looked after’. I therefore expect the war victims to also not forget – but pray for higher protection of their loved ones.

Compassionate Council as suggested by the Government of Sri Lanka could include International leaders such as Madam Navaneetham Pillai and the Hon David Cameron who touched the hearts of the victims. There can be no greater compensation that such healing and restitution of dignity in the sovereign powers of the self.

In addition, Structures to prevent recurrence need to be developed on project basis – with greater allocation of monies going towards bottom-up development of Administration of Justice systems – not necessarily through the legal system – but more through social justice systems.

That to me is the complete solution for Sri Lanka to heal  and repair itself and prevent recurrence.
Posted by Austms at 10:31