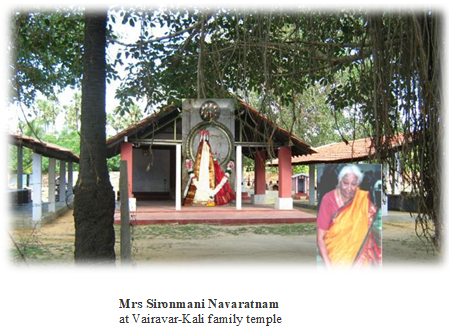 The Sri Lankan Woman –  Does not have Equal Rights?

Each time we identify with the Truth we confirm our identity with the Absolute power – the power of the soul. Rights and Wrongs through common policies would lead us to identifying with the Truth in our environment. Such identity is essential for cohesion.

Today is my mother’s birthday. My mother Mrs Sironmani Navaratnam passed away in 2009. But the  values my mother upheld especially as a homemaker, continue to support our family. One of them is no alcohol for women. This article is dedicated to my mother’s sacrifices in keeping the family going despite my father’s addiction to alcohol. Based on that heritage of abstinence, which I believe has elevated my mind in terms of all forms of addictions, I analyse the policy of apparent inequality between man and  woman in purchasing alcohol in Sri Lanka.

The challenge faced by the current Sri Lankan Government formed through a coalition between two opposition parties of majority race – was highlighted in the case of  Sri Lankan women, as follows, by Verité Research:

[On 10 January, Finance and Mass Media Minister Mangala Samaraweera amended Excise Notification No.666 of 31 December 1979. It is widely believed that by this act Samaraweera revoked a prohibition on the sale of liquor to women. President Maithripala Sirisena and the Cabinet responded by asking for the amendments to be reversed. ]

[By Notification 02/2018, Samaraweera only set aside a previous restriction on the sale of liquor to women inside a tavern. This restriction has no implication on the purchase of liquor almost anywhere else, i.e. almost everywhere that liquor is sold.
This begs the question as to why there has been a wide-ranging perception that the sale of liquor to women is restricted at establishments that are not taverns. Past discussions in the press suggest that some sections of the Excise Department have promoted the view that the terminology of ‘taverns’ (in the law) is applicable more generally to any retail outlet that sells liquor (e.g. supermarkets). This view, however, appears to be untenable in law.]

It is untenable to Verité Research because Verité Research is looking at it as the Science of Law which would be acceptable to the common global citizen. That scientific application has value, when one goes to a Court of Law, especially a Court that has inherited the minds of the British & the Dutch; or in a global environment.

The practitioner of law is entitled to interpret as per her / his Belief  that s/he is  part of that environment. Hence when we give evidence as per our Conscience – we would be ‘right’ for ourselves and our environment – the environment that we are a part of. We may fail the test of general logic – based on high level of Scientific knowledge (some of which would be without a true base but rote) -learned – but we would bring about harmony in our environment. It is for this reason that there is separation of powers between the Executive and the Judiciary.

A member of the Executive government has the duty to respect the Absolute value of Belief as the ceiling of her/his Executive powers. Hence the ruling of Executive could very well vary from the ruling of the Judiciary especially in cases where the person concerned is ignorant of the law.

As observers of  the lifting of the above mentioned ban and the revocation of that lifting, we learn:
(i)            that the Minister  the Hon Mangala Samaraweera is more global minded than his predecessors in that portfolio
(ii)          that the President his Excellency Maithripala Sirisena is more rural minded where male dominates the family.
(iii)        that this domination is extended to his portfolio as President exercising subjective rule over Ministers to overrule a policy that is local to a particular portfolio.

I learnt recently about the use of outliers in Statistics. Wikipedia provides the following definition:

[an outlier is an observation point that is distant from other observations. An outlier may be due to variability in the measurement or it may indicate experimental error; the latter are sometimes excluded from the data set. An outlier can cause serious problems in statistical analyses.]

If we combine the Minister and the President, the results would be misleading and our projected pathways would lead us away from the expected destination of Independence through good governance – if necessary shared governance in this instance. In sharing, once an outcome is published – by a group that is officially independent, that outcome should  be accepted until the next opportunity / Budget.

Understanding this responsibility is essential for the President’s side as well as the Prime Minister’s side in the current government. They owe this to all of us whose Energies were pooled to influence our respective groups – especially through Natural forces. Votes without these Energies would not sustain a leadership. These Energies work through the network of Common Faith. They cannot be viewed from a flat plane. Like the knowledge that earth is not flat but spherical, our belief based expressions are not flat data-lines but rather come in more challenging spherical shape where the beginning and the end are not visible to the eye. The Proportional Representation system helps categorise various political parties as per their diversity. This is understood to be 40% in the upcoming local Government elections in Sri Lanka. TNA carries this group power, more than any other political group in Northern Sri Lanka. In Maths Standard deviation is used toward more reliable expectations from our investment in a population.

It is my understanding that Standard Deviation is used in calculating the reliable outcome of an operation involving large numbers of persons - for example election outcomes. Deviation in Numerical data values are squared to eliminate the offset of negatives when finding averages. If for example, we consider those who voted for the TNA (Tamil National Alliance) as anti Government – they are given negative values by those using simple majority on a flat plane. If we just add up the differences from the average/mean (deviation),  the negatives cancel the positives and we have extremes in majority rule. Each group with definite identity is therefore raised to its own power (hence the squaring of the difference from the mean) to participate in the computation of reliable expected outcome.

Where there is a big gap between the theory and practice of law the simple application of Rights and wrongs would be unjust. Hence, like in Accrual Accounting,  belief based escalation to the higher level to find the Actual deviation relative to the standard deviation from the stated rule of law. Likewise in war there are no winners or losers due to the deeper reasons for the war. Both sides are taken as right by their respective sides and they stay away from each other until the next war. One who occupies the other’s territory after the end of war – is continuing in war mode – as is the case with the Sri Lankan armed forces whose leader claimed ‘victory’ – thereby confirming weakness in purpose.

Natural forces from time to time surface this failure to uphold Dharma/Righteousness and that was how Mr  John Howard fell in Australia and Mr  Mahinda Rajapaksa fell in Sri Lanka. When such manifestations happen, one with faith would identify with the pathway of faith – and realise that that the judgment is delivered by knowing that the person who fell was guilty as per Natural Justice – and that this has been proven beyond any reasonable doubt in the minds of those who genuinely invested in global values. It would be foolish and counterproductive to punish that person at a lower plane ‘after’ that. One who seeks to so punish is working against Natural forces.

For these reasons, the Opposition in Parliament is recognized as Equal Opposition and not as negative government.  Every self-governing group is entitled to such Equal status and respect as an Equal. This cannot be denied through a claim of victory in war  the only legitimate purpose of which is to uphold self-governance by majority or minority.

In this current issue before us - women are opposition to men and the value of ‘freedom’ of women purchasing liquor needs to be escalated on the basis of their belief  as to whether the ban is of positive or negative value to them as homemakers. The homemaking wife has Equal Right in her home to discipline a drinking husband, as a money-making husband has to drink out of his earnings for the purpose of relaxing himself and to get ready for the next day’s work.

Unlike in most Western countries, the average woman in Sri Lanka is a homemaker. One needs high level Energy reserves to be a respectable homemaker. One avenue through which this Energy is accumulated is by fasting / abstinence from the enjoyments of the flesh. One who sacrifices earned benefits and enjoyment of pleasures towards common good,  develops natural structures through which the whole institution / family is elevated.  In autocracy – this is achieved by division of labour through which powers are Separated. In such families, ban on purchase of alcohol by women would be a support service to the homemaker.

But where woman earns money and status from wider world at least  at similar rates to the man – she has the freedom to choose. If the woman chooses to buy as well as consume alcohol without any hindrance, she confirms her ‘freedom of choice’ on the basis of equal contribution to money and status wealth of the family. But the most respectable woman is one who contributes at equal level of bringing external wealth,  as well as abstains from enjoying pleasures at equal level – which goes direct into Energy that keeps the family together. This Energy would confidentially cure those who have weakened their minds through excessive consumption.

When viewed along a flat plane – the law that applies differently to women may seem discriminatory. But when women are a diverse group/category, to men in relation to this issue – and they are at my level of Sri Lankan society, the reversal of the repeal has positive value for Sri Lankan society as a whole.
Consciously or otherwise, the above reversal  negates and balances the alleged Affirmative Action in regards to the 25% quota for women  at  Local Government level which became a lawful requirement, through  Local Authorities Elections (Amendment) Act, No. 1 of 2016 .

I recall with appreciation the feeling I enjoyed at NSW Health Service, Ms Rena of Greek origin, said in regards to my leadership ‘The best man for the job is a woman’.

On that basis I conclude that the first female Prime Minister in the world -  Mrs Sirimavo Bandaranaike  was elected by males who were weakened by the attachment to language. Time tells the Truth when we continue to invest in the same home-nation. When we move away from home – we see as observers that Truth in those whom we left behind. One who observes does not participate and v.v
Posted by Austms at 13:09