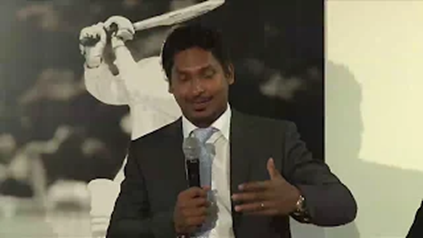 ISLAM FOREMOST - THE OTHER SIDE OF BUDDHISM FOREMOST?

These days, it seems common for folks to use the name of the system of Karma to explain why something happened and they are unable to show or prove the connection between Cause & Effect. Recently, a Tamil Diaspora elder asked me to explain the difference between ‘opinion and belief.’ My response was as follows:

‘Fact’ is the parallel of individual living and operating through  Body and Mind and Soul. The body is ‘seen’, the mind is known and the Soul is beyond the seen and the known.  In ‘fact’ – the parallels are What Happened; Why it is known to have happened and Truth is the invisible Absolute power.

Belief could be our own discovery from zero base and / or a  combination of others’ discoveries and ours. to the extent we feel gratitude towards them – we are them and hence the outcome is owned by both as if we owned the whole.

My own personal analyses went deeper than the above. In terms of physical manifestations in a ‘free’ environment – they confirm our level of ‘input’ in an issue and who our inner audience is. When one seeks to ‘show’ outsiders one needs evidence.

The above question and response were manifested by the report headed ‘Russian MoD Names Curator of Pentagon-Funded Biolabs in Ukraine.’

The early response from a member went as follows:

[Although it is difficult to separate fact from disinformation I would think given the Georgia Journalist information there is good evidence to believe that the current Covid 19 that is supposed to have come out of China is part of this bioweapons research by Uncle NWO. If funding to Ukraine for biological agents can be established then uncle NWO also funded this despicable research in the Wuhan lab as well that further validates Uncle's admission that funding was provided for Gain of function research. So all Uncle’s dirty work is being distributed to Patsys around the world with money to line the Patsys pocket]

My response to the above was:

[Given my lack of knowledge structured by medical institutional hierarchy, I tend to use how I feel through my personal experience at that time .Accordingly, on 21 April 2020, I wrote as follows in my article headed ‘The Virus Was Artificially Produced’ : http://austms.blogspot.com/2020/04/gajalakshmi-paramasivam-21april-2020.html

[The above confirm the strong possibility of ‘leak’ in the artificially created virus purportedly for scientific purposes. The fact that political and business minds were involved in this  - confirm pollution in ‘inputs’. Until we have firm and reliable output based connections – we are entitled to use the input method. Accordingly, China is guilty of first degree negligence followed by  France and the USA – of second degree negligence for cultivating the virus. W.H.O. is fully responsible for failing to prevent  the spread.  ]]

My measure is the parallel of the current Sri Lankan government’s stated basis in relation to allegations of war-crimes – that they would deal with it ‘internally’. My ‘internal’ measure was based on my own experience with the Australian Government which confirmed the use of ‘migrants’ to ‘show’ multiculturalism but failed to commit itself to practice of Equal Opportunity Laws as interpreted at global/UN level. In a free environment – our truth manifests itself. When we earn and take the true position of ‘Senior’ but overtly limit our expressions to ‘Equal’ in a Court of law, the ‘gap’ converts itself to Absolute power of Sovereignty.

When I was ‘failed’ by the Courts that used personal measures rather than Common measures as per the minds that developed the laws of Equal Opportunity, my higher investment at global level – converted into Positive Energy at that level. Hence my above interpretation given that the Medical Faculty of the University of NSW benefited from my work but failed to express support for my work. Then ‘other free minds’ access the value of that work through the global Energy.

The current Sri Lankan government promised to use local laws. It did on Tamil combatants. Recently when preparing to tutor Sri Lankan Grade 10 students, I came across Kumar Sangakkara’s sharing of war experience - The Lahore Attack | MCC Spirit of Cricket Cowdrey Lecture 2011.

The introduction  goes as follows: - ‘Kumar Sangakkara recollects his experience of the terrorist attacks on the Sri Lankan cricket team during their 2009 tour of Sri Lankan.’

Kumar Sangakkara, confesses to not having had the Sri Lankan experience of war. His speech is part of the curriculum by the government. Thus the war has been elevated to glorify a Sinhalese. As per Wikipedia:

[His parents sheltered Tamil families during the Black July riots in 1983.]

If both are true, then Kumar Sangakkara was benefiting from the Sri Lankan war.

The question then arises as to whether this contributed to localising the other side – i.e. the cost? Did that then contribute to the Easter Attacks in 2019?

Application of the Common Law on Equal footing, helps us to prevent such imbalances in the cost-benefit equation. The Black July riots were against Tamils by Sinhalese. If Kumar Sangakkara did not feel the ‘terrorism’ exerted on Tamils then he naturally is Sinhalese only and is NOT Sri Lankan.

It is to prevent this kind of ‘attachment’  that in Hinduism we have the philosophy of Shiva as the Spirit of Holy Trinity. This means that He destroys the past to make us Eternal. After an event becomes matter of the past’ including due to negligence of  those responsible to apply the law, attachment to it awakens the ‘cost’ exponentially. Likewise when we take ‘benefit’ from outsiders – as if we are seniors.

Genuine feelings for  victims  of ethnic war in Sri Lanka would have prevented Easter Bombings . When ‘Buddhism foremost’ is used for political gain – it would naturally generate its Opposition – ‘Islam foremost’ at the same level.