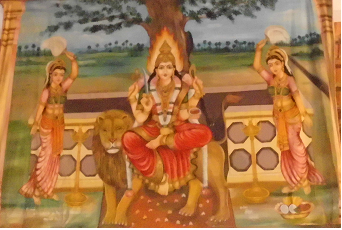 1.      Sinhalese: [The TRUTH is that when Prabakaran was reigning supreme only Ana Sangaaree spoke out, ]

Tamil: Truth is not the seen and the heard. If you identify with Mr. Ananthasangaree – then above all others in this issue – then you must facilitate his expectations without any delay and without any questions being asked.  Have you done this?

2.      Sinhalese: [When the Tigers killed their father Amirtlalingam the Tamil leaders in Colombo were hiding behind our Soldiers uniforms.]

Tamil:  This then means that you do not consider it the duty of a Soldier to protect politicians and civilians? I have from time to time written about the Hon Amirthalingam – the father of  Vaddukoddai Resolution 1976.  What have YOU done to honor him?

3.      Sinhalese: [When at great cost to their lives and limbs, our soldiers rescued over 300000 of your people, built the land that was devastated by your saviors, helped your children to regain their education instead of sacrificing their lives for a lost cause and a demented Sun God]

Tamil: So you claim that all 300,000 were civilians. If so – why were they not released to join their families outside the war zone?  Your statement influences me to conclude that to you these 300,000 were LTTE the or in the future. The TRUTH I identify with about these folks is that they went with the apparent government in their area – because they were neglected by Central Government. Had they been facilitated with Equal Opportunity to Higher Education and employment – that would have prevented the birth of LTTE. Now we are doing what the Central Governments failed to do.

4.      Sinhalese: [---how did so many Tamils not vote for us but the TNA, who was a known proxy of the tigers in eternal gratitude]

Tamil:TNA is the only political government known to majority Tamils. You tried to buy them over with the above handouts. They received them as owing to them from their government. According to you – SLFP should always be in government and Sinhalese should never  vote for UNP?

5.      Sinhalese: [Your decrepit Wigna who sought our protection in 1983 now does not want to have Sinhalese as neighbors. We cannot purchase or live in  lands in Jaffna, but you have unfettered access to our areas in the south. We are awaiting a stronger Leader to rectify this situation.]
Tamil: The Hon Wigneswaran had the right to protection by the Government – irrespective of whether he voted for that particular face or not. By voting we become part of the government. Those who practice and uphold the common law have higher rights to the services of the Government than those who act in breach of the law – as is now being revealed about the Rajapaksa Government.  THEY did not earn the right to be protected. They terrorised the economy by showing victory over the LTTE.

Sinhalese do live and work in harmony in Tamil areas – not only in Colombo and Hill Country – but also in Jaffna and Batticaloa. I meet and interact with them all the time. There are even marriages between Tamil children of Vanni and Sinhalese – including in our family. These were the ones that Mr. Wigneswaran was referring to as being righteous. They are not in politics. They travel freely to all parts of Sri Lanka. Looks like you are nervous of going to Tamil areas. If you seek to invest in North – especially in Vaddukoddai area where we are  - and there are blocks – I would like to learn and do what I can to clear those blocks for you. Just make sure you are ready to pay the market price as a citizen without portfolio. WE do not make discounts to uniformed purchasers of any ethnicity.

You may await your leader. We keep going with the leaders  we get. God leads us beyond these leadership resources.

6.      Sinhalese: [Self, My friends and my forces contacts rescued over 25 innocent Tamil families in 1983. I do hope that the current generation, including you, it is best that you not do anything for us to regret having being good Sinhala Buddhists. ]

Tamil: Even in Uniform were you able to rescue only 25 families?????  How weak must your Uniform be! It will be positive for Sri Lanka  if you regret having  rescued those families with the expectations of gratitude. You confirm to NOT doing your job while in uniform. You were trading work for status and popularity. Gratitude is a sacred feeling.  If you were acting as a Sinhala Buddhist – then Lord Buddha and his devotees have the primary responsibility to recognize you with the status.   I get this from my folks all the time.

7.      Sinhalese: [Racists are not born they develop unfortunately to the environment that they are pushed in to. You see IN BUDDHISM the choice of being born a Sinhalese or Tamil is far beyond our control.]

Tamil: In Hinduism – the Mother of Buddhism – we call it karma.  It is not about Sinhalese or Tamil. It is about the best fit for you as per your cumulative karma. I may accordingly be born in Hambantota to clean up the Kathirgamam area.  Given that I am a deep devotee of Muruga – this would happen if I consciously seek it in my old age.

8.      Sinhalese: [Personally i think that MR did a big mistake in the North by alleviating the disaster brought upon by your genocidal protector. at the expense of the south, hoping rather naively that your lot would show some gratitude.]
Tamil: So you agree that he was trading with his position instead of doing his duty as per the benefits he was already getting in that position!  Government has become market haggling to you. What a shame!

9.      [We know what the Allied forces did to the Germans and Japanese after their defeat for a number of years, we made the stupid mistakes of not letting the North East Tamils feel the benefits of a defeated savior and what he brought upon his people!.]
Tamil: We Tamils believe in God as the highest authority. We lived through  Sinhala Only riots; we lived through LTTE dictatorship and we lived through Army terrorism. Many of us forgave because we felt they did not know what they were doing. Thus we stopped the karma from returning to them. Mr. Rajapaksa played only a small role in one of those eliminations. He was very much part of the other two. If he had stayed within his job responsibilities – and did what he did as his DUTY – he would not have fallen from Grace and brought his clan down with him.  But Mr. Rajapaksa kept celebrating victories to amass personal wealth. HE brought himself down in the eyes of his own people. Even one genuine victim was enough to turn that karma back to him. That was Gandhi’s power. If Mr. Sirisena meditated on Gandhi – he would facilitate peace in the nation. In Mahabharatham – Prince Arjuna killed his own family elder – Bhishmar – whom Arjuna loved very much. THAT is an example of doing one’s duty. Arjuna did not deviate from the rules of war in doing so. He did his DUTY as per his position and became an eternal hero. We can all learn from such noble examples.  As a leader in the official armed forces – have you ever fought against someone you liked very much  to uphold your Position Dharma? An honest answer to yourself would open your path to liberation.

10.  Sinhalese: [  We should have treated them especially the terrorist to a like the treatment given by late Gen Ranjan WIJERATNE to southern terror]
Tamil: If this was done as part of the DUTY of an armed officer – then I respect that. If one is expecting benefits  including praise above that – then one’s status needs to be brought down.

11.  Sinhalese: [Your lot was destroyed even partially by your lot's foolishness in worshiping a genocidal terror. If this lesson has not be learnt yet and you persist in trying to make repetitive history by romancing your ever loving hypocritical Wigna --you will find the Sinhala Lion parading on the beaches at Nandikadal so that you can go crying again to the new lapdog HC   of UNHRC. By which time we should have a masculine political/ military leadership back in place to deal with such charlatans!]

Tamil: The Tamil Community is already condemning the LTTE members in TNA who burnt the effigy of the Hon Sumanthiran. What did YOU do as a Sri Lankan leader? Turned the other way – waiting for another fight so you could entertain your mind craving for a fight! I am satisfied that the Tamil community would develop itself from the ashes to be a model of self-sufficiency as India is today. Even one Tamil practicing global standards – renders the community the right to access global powers.  WE do not need to go crying to the UN. We use our earned rights with dignity.  I take it that you have not yet invested in global standards of governance.

12.  Sinhalese: [ I am very disappointed in your stance, for which I have taken a lot of flak from some members of my race in the forum.]

Tamil: I accept your disappointment as being superficial through hearsay. Go deep down to your own Truth and look at me through your True experience. If you still do not like what you see – then I am your opposition – the opposition that would keep your mind steady and healthy. But please do not stay on the hearsay layer and continue to entertain your junior memories in old age.

Tamil Mother:  I am Mother Durga who rides on that Lion.  The Lion must  be awake and be ready to be Mother Durga’s vehicle to rid Sri Lanka of the Asuras who come outside their tribal territories.


Gajalakshmi
Posted by Austms at 09:30