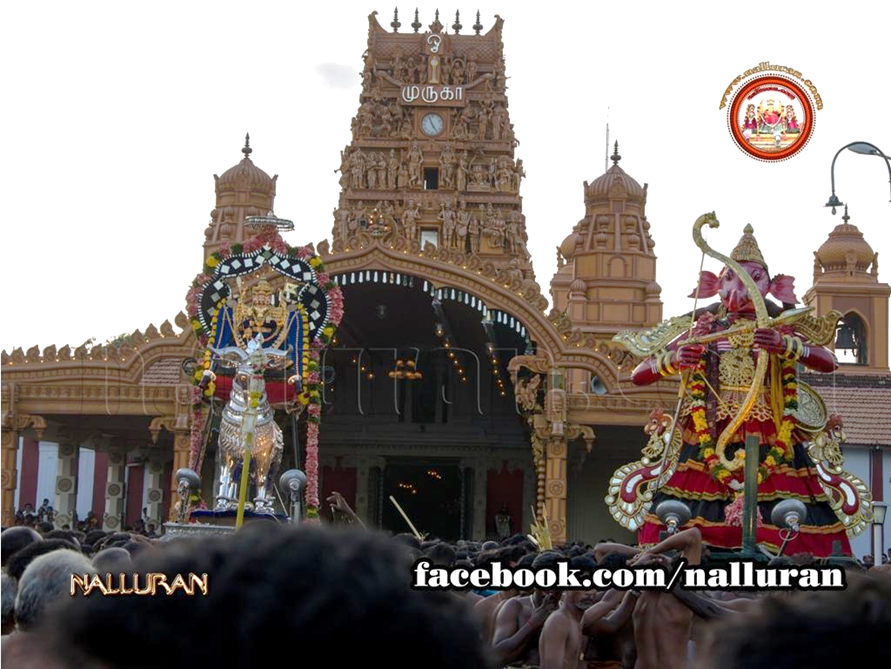 Last night, before retiring to bed here in Thunaivi, Sri Lanka, I checked my emails one last time. There was one from Sri Venkateswara Temple, Sydney – regarding Thai Poosam celebrations – on 03 February 2015. Thai Poosam is a special day dedicated to  the Tamil Hindu deity Murugan. There was mail  from Christopher Pulle – the Lead-Coordinator of one of my forums. Chris forwarded a message from Dr. Frank Sebestianpillai, with the following message:

‘Of interest to Gaja Param and others as well?’

The subject matter was Tamil and is very relevant to Sri Lanka. The Communication dated 11 April 2000 is appended below.

To my mind, it was no coincidence that this email of April 2000 arrived last night along with the email regarding Thai Poosam. Yesterday  I was happy to learn about the appointment of Justice Sripavan as the Chief Justice of Sri Lanka. I felt part of the appointment due to my own contribution to the Sri Lankan system of law and order including through the Courts.

Lord Muruga is known as the General of the Thevar / gods who successfully defeated Soorapathman – the Asura / the physically driven.  Thai Poosam is related to this victory.  Both – the gods and the Asuras are within us. The higher order of mind helps us enjoy higher happiness beyond the physical.  I felt that the message from Dr. Sebestianpillai was from Muruga Himself. I identified with the higher mind of the author due to my belief in Muruga.

I felt overawed by the depth demonstrated in the communication. To me it is about the mind of those persons who wrote their experiences. If we are able to appreciate the work that must have gone into such outcomes – we are connecting to those minds. The more we live through our higher mind, the more independent we become. That is the life of gods.

Then there is the animal in us – living off physical powers. They are the Asuras.

Both – the higher mind that has transcended the physical – as well as the primary level mind that is driven by the physical – take different forms to the observer.  In the case of the latter, the Asuran in us – is not able to raise the mind to the higher level – even when the person is an intellectual/academic. One expects the primary level voter driven by personal benefits – to change the form of the leader – as has happened in Sri Lanka – not merely because of the current President and his allies – but also because of the voter looking for physical power. Mr. Rajapaksa was that leader due to his armed victory over the LTTE. Now it is more about economic benefits. We have the parallels in the Tamil Community also.

Soorapathman – the Asura in the Hindu legend – takes many forms – including that of an elephant. Elephant is known to have the  strongest intellectual power in the animal kingdom. But when intellectual power is used without paying our respects to those who made the discoveries that serve and support  us today – it is also a physical power known as hearsay. The mind order of such persons drops to the lowest levels when due status is not allocated to the original discoverers. LTTE fell due to this and Mr. Rajapaksa also fell due to his failure to raise his mind order to the higher level.

Professor Hart states ‘To qualify as a classical tradition, a language must fit several criteria: it should be ancient, it should be an independent tradition that arose mostly on its own not as an offshoot of another tradition, and it must have a large and extremely rich body of ancient literature. Unlike the other modern languages of India, Tamil meets each of these requirements. It is extremely old (as old as Latin and older than Arabic); it arose as an entirely independent tradition, with almost no influence from Sanskrit or other languages; and its ancient literature is indescribably vast and rich.’

All of the above criteria would fit also self-governance:

(1)    The practice ought to be ancient
(2)   It should stand on its own merit and not be an offshoot of another government structure
(3)   It must demonstrate strong connection to ancestral values.

Thesawalamai Law in terms of marriage and inheritance is a strong confirmation of self-governance by Tamils.  But those who produced physical victories through use of arms – as an early option – failed to demonstrate their connection to such ancestry.

In 2009 – I wrote an open letter to LTTE leader Velupillai Prabhakaran to surrender to Nallur Murugan. I doubt that Prabhakaran would have seen it. But the LTTE in my mind was influenced by it.  Once we surrender to the Higher Power – we would become Observers. From then on – I became an observer of anyone who claimed to be LTTE. My mind was no longer influenced by them and v.v.  Those who sacrifice earned benefits to help others – become common system – even when the others do not know it. One who claims to be of such higher mind would be able to accept such surrender.

If as reported through the ‘White Flag’ matter – LTTE leaders did try to surrender – but were killed in the process – then to my mind, that is confirmation that the Government Leaders on the other side – did not have the higher mind to accept that surrender. One who sacrifices earned benefits, develops the higher mind to bless when the junior surrenders.  One who seeks to win through competitive action at the same level – would not see value in blessing the junior. They would prefer the physically visible victory over the other. They are more like Soorapathmans than like Murugan when they take positions above the higher minds that sacrificed earned benefits.

LTTE would have resorted to war as the last option if it had genuinely felt connected to Tamil minds of ancient times. In the Hindu epic of Mahabharatham – Lord Krishna’s blessings were sought by the higher minds of the minority side.  In contrast, LTTE disconnected itself by punishing Tamil Political elders. At least from then on LTTE was no longer leading its followers towards self-governance. Physical level freedom is the best  benefit for their followers. Separation and isolation is necessary to maintain physical freedom in a hierarchical society. This often happens through obsolete caste system also.

I observe that majority folks who live around me in Thunaivi – feel ‘free’ to express themselves at the emotional level. This to a degree was expected – given their low status in the caste system. But along with them the Vellalar/Farmers  who practiced the caste system beyond functional purposes also separated themselves from these groups. Likewise Tamils and Sinhalese intellectuals from each other. They may call themselves nationalists – but self-governance is an essential feature of nationhood. One who depends on the ‘other side’ to blame – is falling short of this qualification. Any government formed by either side with such quality – would therefore be an offshoot of the other.

I am not an expert in Tamil language. But I fully believe in Murugan – the Tamil Form of God. I am a deep believer in Hindu pathway to the Higher mind. When I submit and pray to Murugan I believe I connect to those ancient Tamil minds. Then I live independently – even when I am in prison. Those who use hearsay above the voice of experience – are likely to pay lip service to Tamil while claiming to be leaders in the path of self-governance. This includes intellectuals who fail to attribute to their ancestors. Many such academics ‘trade’ information. Such academics in Australia sent me to prison for confirming my mind connection with those who were not physically with me.

The objective pathway to practice  democracy does require us to ‘produce’ independent outcomes. This is in recognition of the younger participants not being able to comprehend the whole issue due to  not having had the deeper experience.  The outcomes produced by such young participants – need to be separated from the main and managed on ‘project basis’ – so juniors would be able to see the effects to know the values.

Where such independent outcomes are produced, the producer needs to stay at that level and not take up position above higher minds than hers/his. When they do take the higher position and this is accepted by their community – the standard of the whole goes down and majority are not able to think beyond their immediate circles. Tamils who attack such higher minds are damaging their own connection to the root – the Truth discovered by those who gave us Muruga – the General  of gods.

Ultimately – we live off our minds when the body is weak and diseased. The higher mind would live at the higher level while the lower mind would look for lower and lower opportunities through which to enjoy physically. Likewise in a community like Sri Lankan Tamil community – the higher mind connected to ancient traditions – would be independent whilst the lower mind would keep demanding more and more benefits to become the offshoot of another system – possibly Indian Tamil system. When the mind we connect to is older than our generation – we develop the higher mind. The deeper the root that supports the outcomes we produce,  the taller our mind.

Soorapthman surrendered to Muruga and Muruga split him into two and used his head to propagate. Hence the rooster in Muruga’s flag. The body of the Sooran became the peacock on which Muruga travels to have independent global view. Pride in ancestry needs to be used as the vehicle on which one travels to become wholesome and formless.