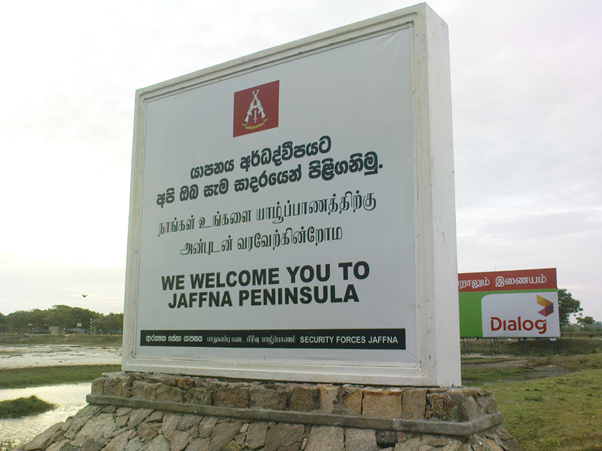 My most recent experience in relation to Democracy in Politics  has been through the Sri Lankan 2015 Presidential Elections and its driving forces.

I believe that Sri Lanka confirmed its  transition from autocracy to democracy through the 2015 Presidential elections. Most of us do not personally know either candidate  - Mr. Mahinda Rajapaksa or Mr. Maithripala Sirisena. We hear about them through their speeches and other reports. The level at which we connect to them confirms the value of our own vote – physical and / or mental. A group in which the identification with the leader, by majority members, is through our own independent thoughts, as per our own experiences, is a democratic group. A group where a leader is chosen more by the leader’s own presentation and the presentation of those close to the leader, is better suited for autocracy – which Sri Lankan Politics  has been during my life time. Some groups would never need to move towards democracy. Until now, Sri Lankans of most ethnicities, seemed comfortable with autocracy. To my mind,  under autocracy the leader works the followers and under democracy the common members of the group work the leader as a facility through whom they govern themselves.  The responsibility is now greater for the Sri Lankan voter to work her/his leader towards the voter living  as / becoming  a self-governing person at her/his level where s/he is the leader – even if it were of her/himself only.
Based on principles, I myself was thinking more in favour of Mr. Rajapaksa as opposed to the winning candidate, Mr. Sirisena who was Mr. Rajapaksa’s junior in the government structure until the announcement of the elections.  Mr. Sirisena became President by crossing over to the opposition to form a collective force.  In some ways it is multicultural democracy due to the minds connecting beyond internal political subjectivity.
My main thrust during the time leading to the elections was that Tamils needed to vote and not abstain. There is good reason for this. During the 2005 Presidential elections – Mr. Rajapaksa became President for the first time due to Tamils abstaining from voting not voluntarily but due to threats by the LTTE (Liberation Tigers of Tamil Eelam) who claimed they were fighting for a separate country for Tamils. According to statistics, if not for the suppression of Tamils’ right to vote,  Mr. Ranil Wickremasinghe would have been the President in 2005. The LTTE move was damaging to the investment made by Tamils in the system of Democracy. The LTTE through use of arms, were taking over power from Sinhalese leaders. They were not promoters of Democracy.
Where the stronger force (combination of individual and collective) within the Tamil community rejected the LTTE rule and its negation of Tamil investment in democracy, that force naturally added itself to defeating the LTTE through Mr. Rajapakse’s  cleverness, drive and position. I believe that this happens through God’s system where the  feeling force is stronger than the expressing force. By suppressing Tamils from exercising their franchise – the very basis of self-governance through  democracy, the LTTE attacked the very system of Democracy while claiming to fight for self-governance in a world driven more by Democracy than by Autocracy.
The autonomy of minorities is the key to liberation from majority rule. A group that suppressed this turned the force against itself.  To the extent Mr. Rajapaksa became the medium through which this returning force worked to redeem Tamil investment in Democracy – we Tamils owed Mr. Rajapaksa. I believe that those of us Tamils who in our minds were with Mr. Rajapaksa during the 2015 elections – despite popular support for the Opposition candidate – were repaying that debt – to redeem our right to democratic self-governance. Owings need to be settled for us to progress towards ownership.
At the voting  level – Tamils by voting overwhelmingly for the Opposition candidate ( who was strongly in partnership with Mr. Ranil Wickremesinghe) paid their overdue debt to Democratic self-governance. This was the reason why I was urging Tamils to exercise their vote. We ultimately get the governance we have earned. This may not be the one we voted for. Each genuine voter – physical as well as mental – would identify their real returns if they read outcomes through their own Truth and not through hearsay. Such identification would help them work the system in its current form – with the energies of the investment in the losing side being carried forward as Administrative power. If Tamils had not exercised their right  to vote – they would have confirmed rejection of democracy or indifference to self-governance.


As per the published election outcomes majority Sinhalese did vote for Mr. Rajapakse. The Tamil had  marginal power. The majority by which Mr. Sirisena won was 449,072.  The majority in largely Tamil areas of Jaffna, Batticaloa and Vanni totalled 453,951.    If Tamils had abstained as they were forced to by LTTE in 2005 – Mr. Rajapaksa  would have returned to power. Tamils continue to be the natural opposition of Sinhalese in Parliament driven by subjective power. Sinhalese have demonstrated that they are Equally empowered to form democratic opposition.
Posted by Austms at 10:54