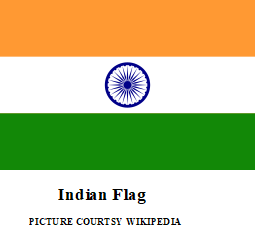 The Newsletter of Hindu Council of Australia carries the an article headed -  ‘Hinduphobia debunked by Public prosecutor and Justice in Australia’. The opening paragraph goes as follows:

[Hinduphobia and hate against Hindus or asking them to lie low and not to show pride in their heritage is becoming a rage in Australia. It is a worrisome development and has the potential to increase in hate crimes against peaceful Hindus. The latest act by Hindu haters is a Hindu Hate conference to dismantle the essence of Hinduism globally. Unfortunately this conference is being organized in the name of American Universities and some of the speakers are “not well known” academics who might be hoping to get into some limelight. If anything, their acts may lead to unwarranted suspicion against Hindu students in Universities across the western world including in Australia.]

True or false? When in an Australian University – say for example – the University of NSW (UNSW), is it appropriate to ‘show’ you are a Hindu? If you don’t ‘show’ how would the other ‘see’? As I began writing this article I received a video clip from Mr Kandiah Suntharamoorthy about the value of Hinduism. There were two members in that group who have expressly written against belief in Hinduism. There is also a Muslim in the group. By ‘showing’ the Hindu clip was he not self-elevating himself ? The video also presents how valuable Hinduism is.  If the audience is Hindu – then the presenter is taking a senior role. If the audience is non-Hindu – the presenter is generating either conversion tendencies or Opposition at that level.

When the Police arrested me at the UNSW, I asked them ‘under what law’? They said ‘Trespass’. The true response would have been ‘We were asked by the office of the Vice Chancellor to have you removed.’ The senior advisor to the Vice Chancellor had already asked me to leave and I said to him that he did not have the position authority to ask me to leave. Prior to that the University Security Officers asked me to leave and when I asked them under what law (thanks to Gandhi in me) and explained that the University was public property - they did not go further. In the arrest report – the Police listed me as Indian. After I informed them details to fill out the form they listed my nationality as ‘Sri Lankan’.

When I read the following in the Hindu Council article – I naturally ‘opposed’ it due to my own experience with the police and the courts:

[Thanks to the fair go of Australians and fairness and tenacity to be just, after many months of languishing in Jail, hate crime charges against Vishal Jood have been dropped and he has been granted bail by a court of law. According to his lawyers, appearing before Magistrate David Price at Parramatta Local Court, the Department of Public Prosecution (DPP) withdrew eight charges out of ten. A police request to lay a further charge under section 93Z of the Crimes Act of publicly threatening or inciting violence on grounds of religion was not sanctioned by the DPP.]

To my mind, on the basis of my experience, if Vishal Jood had represented himself  - as I did – he would not have had the above outcomes.

According to NRI affairs :

[The Haryana Chief Minister had intervened in the matter and written to India’s Foreign Minister to get Vishal released. In a tweet, CM’s office wrote, “CM @mlkhattar spoke to External Affairs Minister, Shri @DrSJaishankar for immediate release of Vishal Jude, a Haryanvi youth lodged in Australia’s jail & appealed for immediate intervention in the matter. The Foreign Minister has conveyed India’s concern to the Australian Embassy”.]

That confirms Political involvement. The above report includes also:

[At the time of his arrest, Jood was reported to have been living in Australia under an expired visa.

Supporters had cited Jood’s nationalism  and his defence of the Indian flag as the reason for his arrest and asked for consular support from the Indian Government to assist Jood with his court case.]

The origin of the above is identified by the Hindu Council of Australia as follows:

[Vishal’s counsel played a video to the court of a Farmers Rally at Quakers Hill in Sydney in December 2020. The video showed Vishal unfurling the Tiranga (the national flag of India), following which over a dozen goons surrounded him, pushed and dragged him and assaulted him repeatedly. The crowd was chanting “Modi kutta, Modi kutta.” (Abusive language against India’s most popular Prime Minister Narandra Modi).  The court heard that following this rally, Vishal received numerous threats on social media from anti-India elements.]

The National flag of India has the Ashoka Chakram/wheel of Dharma at the centre. Was it Dharmic of Vishal – an Indian - to unfurl on Australian soil - the Indian flag at the Farmers’ Rally - which was to express opposition to the Indian government’s new Agricultural laws?

[On 14th February, Vishal was standing on Wigram Street when he heard one the cars” occupant’s yelling, “There’s Rahul Jood.”  Several people came out of one of the cars. One of them ran towards Vishal armed with a baseball bat. Vishal took the bat off him and smashed a window of the nearest car with it, to scare away his attackers.

The Police are likely to make it out to be religiously motivated because most of the protestors were Sikhs. They are the parallels of Tamils in Sri Lanka. In both instances -  Militants supported by their respective Diaspora groups seek separations. In the case of India the actions against separatism by the then government is reported by Wikipedia as follows:

[ Operation Blue Star was an Indian military operation carried out between 1 and 8 June 1984, ordered by Prime Minister Indira Gandhi to remove militant religious leader Jarnail Singh Bhindranwale and his armed followers from the buildings of the Harmandir Sahib complex in Amritsar, Punjab ]

[After Gandhi ordered military action in the Golden Temple in Operation Blue Star, her own bodyguards and Sikh nationalists assassinated her on 31 October 1984.]

About the 54th Infantry Division - during the Indo-Pakistan war 1971:

[The division moved from its peacetime location in Secunderabad to its operational location in the Punjab and was ready by mid-September 1971.]

As per Wikipedia – ‘ of the About 57.7% of the population of Punjab state is Sikh’

The connection I make is that Sikhs are recognized first for their warrior skills – by themselves and by others.

In terms of IPKF – the report goes as follows:

[On December 17, 1987, Sepoy Karnail Singh of 14 Sikh light infantry of the IPKF faced dismissal and one year's imprisonment for raping a Tamil woman from the village of Idaikkurichy. Similar punishment was given to A. Mani, the barber of 93 Field Regiment for raping an unmarried woman near Kodikamam on December 24, 1987]

This indicates a strong reason as to why the LTTE with its strict rules in relation to sexual pleasures would have been the natural opposition of the IPKF. The way his mother was killed by Sikh bodyguard to whom Sikhism came first – Rajiv Gandhi got killed by the very LTTE his mother facilitated in India. To LTTE also fighting is foremost.

In terms of the Australian experience – it is understandable that the Indian student would have interpreted the Farmers’ Rally as being one that would promote a fight . But was it his role to represent the Indian government against Sikhs which would have  invoked that fighting spirit? It was more disappointing to note that he did it while here on student visa and one that had expired as well. Is that the ADharma that the Hindu Council of Australia is claiming to uphold?