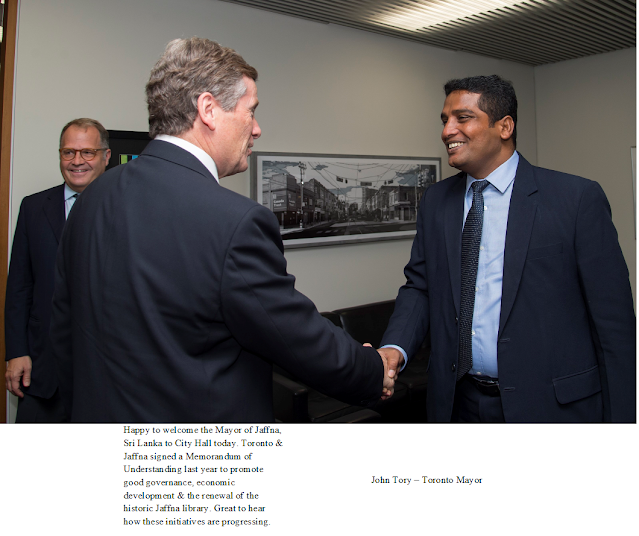 How is one to distinguish between Politics & Governance? To my mind, Governance is the root and Politics is the fruit or other visible part of the tree. In his Financial Times article ‘ The China candidate and Opposition options’  Dr Dayan Jayatilleka states:

[In this week that Sri Lanka greeted the Defence Minister of China, a very important and superbly capable man who headed the rocket forces which have given his country an impressive A2/AD (Anti-Access/Area Denial) capacity, Colombo must realise that it has to play things very smartly. We must avoid making ourselves strategically more vulnerable, painting a target on our back by myopically seeking a fast-track build-up of our security through enhanced external patronage.]

Then there was this from a Tamil Diaspora leader :

‘Chinese defence minister is already in Colombo ; arrived with a fleet of white vans.’

[There are disturbing developments on the political front, chiefly the dramatic arrest under the Prevention of Terrorism Act, of Muslim Member of Parliament Rishad Bathiudeen. Though the charge pertains to the Easter massacre, his lawyer points out that he has not been named in the Easter Commission Report as culpable in any capacity.
His arrest comes mere weeks after the similar arrest of the outspoken Azath Salley and the Mayor of Jaffna, Viswalingam Manivannan, all political personalities in the democratic mainstream. The uncontradicted rumour of arrest swirling around Harin Fernando, the outspoken young SJB MP, completes the picture. ]

To my mind, as a senior to Dayan in terms of Jaffna, the inclusion of Mayor of Jaffna, Viswalingam Manivannan  in the above list is highly political and takes value away from the rest of his message. In Manivannan’s case the arrest  was political adjustment that would be beneficial to Jaffna and in fact was needed by Jaffna to become independent of Canadian Diaspora and therefore Canadian Politics. Yesterday, I highlighted through my article ‘THE QUID PRO QUO FOR WAR MEMORIAL PROTEST’ – the political return for Canadian protests against the demolition of war memorial in University of Jaffna, was the Tamil Chair in Toronto University. Manivannan showed support for the students who were protesting. If it is belief based – it is the right kind of politics which would strengthen governance value.

The political infiltration began due to weak governance. As per the Scarborough Mirror report headed ‘John Tory signs "good governance" pact between Toronto and Jaffna’:

The library once had one of the largest collections of books in Asia, but was burned by a mob in 1981 during the decades-long civil war on the island, and is still rebuilding.

Tory’s office said books the mayor brought for a donation to the library all relate to Toronto, and were shortlisted for the Toronto Book Awards.]

As per the system of Karma, we need to look at our own -selves to know the root cause. If the other side is considered an ‘outsider’ – in this instance the Sri Lankan government – then we need evidence. If there is no such evidence, but outsiders did cause the damage – then the library was not protected. By this time, the LTTE was active and hence intellectual and political  pathway to self-governance was diluted – including through education. Those who are driven by the ‘seen’ thus became open to donations from foreigners.

Since 2003, I was dedicated to improving the Public Administrative Service in Northern & Eastern Provinces and have been publishing my work. This included contribution to Due Process in a Sexual misconduct case at the University of Jaffna and experience of the Jaffna Judicial system through Thesawalamai law. Mr Manivannan appeared for us in the latter case and lost. The lack of responsibility by Manivannan who was our lawyer, resulted in denial of Certificate of Heirship until 15 April 2021 – for a matter decided on 14 March 2018. Of greater concern is that the monies are reported to have been collected by Mallakam Court and Mrs Saraswathi Sabanathan – now an Australian citizen, without our consent or a court approval for Administration. This is basic and yet Manivannan avoided our calls.

To my mind, once we distance ourselves – the karma will happen through a different pathway but our karma would also be included. I wrote a book on this and a medical professional who read it tried to use Sigmund Freud’s theory of mental illness and cure on me.  I reminded this all-male group except for me – that I come armed with my deep cultural values and that I was NOT an orphan. There was no expression of appreciation for my work but my work became the medium to demote me. One wrote in relation to my book which was also donated to the Jaffna Public Library:

[You got Para isolated from his family. Let me let the cat out now, many wanted me to keep you out of this group as you were non productive. One wrote, ஆழம் அறியாமல் காலை விடாதே, (don’t step without knowing the depth)  and for me to keep out of you. How true. Another wrote pl keep her away and I delete her at once. Many asked me who you are? I any way accepted you being an academic and a thinker. But I agree that you have bitten me now. I will certainly look a fool if they see my predicament.]

The Court decision through Manivannan was a major reason for the above criticism. This is similar to the case of , Dr Lukman Thalib  about whose matter I wrote as follows:

[The Sri Lankan Commission seems to have used the already packaged intelligence of Qatar, the USA and Australia. When one looks at the root – which nation’s law was Professor  Thalib entitled to be protected by – Qatar, Australia or Sri Lanka?]

Likewise, Manivannan who has been open about Tamil Nationalism – failed the test through Thesawalamai law, particular to Jaffna Tamils. His political alliance is confusing. By abandoning his culture but claiming to be a Tamil Nationalist – he accelerated the process of becoming an orphan. The Lankan government just copied the verdict by the People and his former political leader – Gajendrakumar Ponnambalam – and showed its might through Manivannan – the orphaned politician. This would have been governance arrest if Manivannan had been true to laws traditional to Jaffna. THAT would deserved global attention. That is the way the Universal power of Karma works.