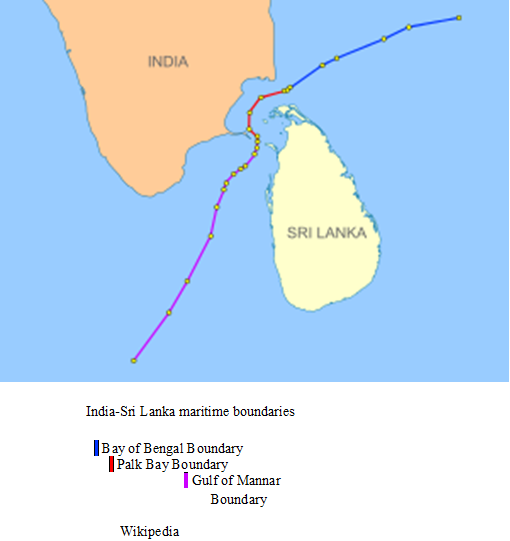 Today is the anniversary of the Easter Bombings in Sri Lanka. I paid my respects to the victims of religious ‘possessiveness’ which leads to hatred. I believe that the truth I share today would go towards preventing such tragedies in the future.

The current debate about Colombo Port City Economic Commission Bill which has been presented as follows by the Political Opposition:

[A bill to set up a Commission to govern a Colombo Port City has given it too much discretion, denied equal opportunity to Sri Lankans who did not have black money stashed abroad, the opposition Samagi Jana Balawegaya has said.]

Opposition lawyers’ arguments were as follows:

[Kanag-Isvaran, PC appearing for petitioners the Centre for Policy Alternatives and Transparency International, told the Court that Sri Lanka could not claim sovereignty over the artificially created Colombo Port City.

He said that an artificial land did not form part of the sovereign state of Sri Lanka. The PC added that, in 1948, Sri Lanka had become an independent country, after being a British Colony; in 1972 it had become a sovereign Republic; in 1976, the Maritime Law had been brought in, claiming the territorial waters of Sri Lanka. Kanag-Isvaran added that in 1978, the second Republic of Sri Lanka had come into effect, with 25 administrative districts.

“The 25 districts can be subdivided. But Parliament can’t add man-made structures to Sri Lanka. The Colombo Port City is such an addition. No Parliamentarians were elected from the Port City,” he argued.] -   the Island article ‘Kanag-Isvaran PC fires opening salvo against Colombo Port City Economic Commission Bill before SC.

[It is hypocritical for a political coalition that demonised the then Government and minorities by vigorously promoting the principle of ‘one country, one law’, to then propose to carve out the Port City development as a geographical area exempt from many of the laws and practices prevalent in the country. Those who sow the wind, reap the whirlwind. Because of this hypocrisy, the Government has great difficulty doing what it knows is the right thing for the country.

It is hypocritical for members of the dominant party in the previous Government (now split) to protest vociferously against the special treatment proposed for investors by the Colombo Port City Economic Commission Bill. They full well know the dysfunctions of the investment environment in Sri Lanka. The then Government was working on a bill on the same lines. There was discussion on placing the financial city within the jurisdiction of the English courts then. ]

An independent mind would know that the Constitution divides the Country into two Nations – one for Buddhists and the other for Non-Buddhists. One has to take the constitution to be true until known otherwise. Our truth of yesterday becomes the law that would reliably take our children/citizens to realise the truth tomorrow. Children who respect their parents would respect that law and v.v.

Hence, no government has the authority to claim ‘one country, one law’ without repealing Article 9 which divides us into two nations by law also. Vaddukoddai Resolution 1976 effectively confirmed this  and the junior nation by numbers became the Equal Opposition in National Parliament. This will happen again and again so long as we Respect the Constitution even though it may seem unjust. The more I focused, the more I realised that the Constitution was realistic as man and woman being needed to produce continuity. If man leads in the first half of a relationship – the woman will lead in the second half of a true relationship. Likewise Non-Buddhists need to lead in the second half of this generation to uphold the truth in the Constitution.

As per the Morning article ‘Leading monks deliver epistle to Buddhasasana Ministry’ , the Buddhist clergy are doing just that:

[A number of monks, led by Ven. Dr. Omalpe Sobitha Thera have submitted a letter to the Ministry of Buddhasasana, Religious, and Cultural Affairs Secretary Prof. Kapila Gunawardana yesterday (19), alleging that certain clauses in the “Colombo Port City Economic Commission Bill” affects the position of Buddhism in the Constitution.

The letter had stated that the Bill’s 52nd, 53rd and 73rd clauses challenge Article 09 of the Constitution.

Clauses Numbered 52 and 53 relate to the determination of the grant of exemptions or incentives for the promotion of businesses of strategic importance while Clause No. 73 states that multiple pieces of legislation including the Urban Development Authority Law, No. 41 of 1978 and the Municipal Councils Ordinance (Chapter 252) will not be applicable in the Colombo Port City. ]

I have not read the Bill. But am taking the same view through a different pathway. The sea is like the UN. It is everybody’s unless specified otherwise. The Boundaries by specific countries  are as per their agreements. As per Wikipedia:

[India–Sri Lanka maritime boundary agreements were signed in 1974 and 1976 between India and Sri Lanka to define the international maritime boundary between the two countries. Treaties on maritime boundary were necessary to facilitate law enforcement and resource management, and to avoid conflict, in the waters since both countries located closely in the Indian ocean, particularly in Palk Strait.

As per the above agreements – Sri Lanka is trespassing into Common Territory unless it confirms that the Colombo Port City is co-owned by India – Yes where Hinduism is Foremost. Whether Sri Lankan government likes it or not – that is the Ultimate Reality.