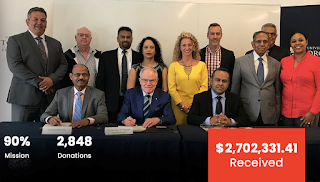 I was thinking of LTTE’s isolation karma in relating to a Tamil Diaspora group that seemed to have abandoned its cultural structures and therefore protection. I  responded as follows  to that group :

[As per ‘community news’ a Tamil  academic who was  isolating refugees in special accommodation was ‘caught’ using that house for his own ulterior purposes. When we are isolated from our elders we lose the protection of their ‘systems’ and behave crudely. Those of us who attribute to our elders carry that protection with us. They are the Sithar in us. You have repeatedly ridiculed such beliefs including when I wrote about my brother paying his respects to our mother. Hence the Kannaki Sithar appeared to disintegrate your group through which you falsely accuse. Hence your Madurai is burning]

Sithar / Saints are the Truth of positive values that we carry within us. Demons are the true negative values known as sins. over which we have lost control. To my mind, the native label that was given to me by the University of NSW which is used by those who rely on external labels – is picked up by those who seek to isolate and take advantage. This has become a particular evil in the Tamil refugee community and manifests in various forms of intimidation, isolation and deterioration in community culture.

I believe that the systems we believe in come with us as our protection. This is the core reason why we have memorials. Leaders who ‘take’ the benefits and abandon the system lose that protection and the become victims of ‘free power’. When LTTE recruited child-soldiers the children  were separated from their families by force and lost the protection of their social cultures. Once within – the LTTE culture they got indoctrinated – often preceded by show of ‘sweet’ pleasures they did not enjoy previously in their home backgrounds. Those were the quid pro quos. In turn the LTTE community was isolated and slaughtered.

The Tamil Diaspora artificially lifted the matter to the UN level and carried the Isolation Karma with it. Without the true connection to Lankan Tamils – who carry positive karma in education, the Diaspora is likely to lose connection with Universal Franchise of belief.

Proof of this political quid pro quo in terms of education emerged this week. As per the Island report about the War Memorial at the University of Jaffna:

[A memorial constructed in 2019 in the university premises was declared an unauthorised construction by the University Grants Commission and Prof Satgunarasa ordered its demolition. That memorial was demolished on Jan 08. Following the demolition students began a protest.]

The 2019 construction was  without the blessings of University elders whose energies are in the form of Due Processes. The demolition in January this year cleared that block to practice of respect for elders. But many foreigners were brought into the picture  and this was led by Canada, through the Canadian Tamil Diaspora just before the March UNHRC session. The return? :

Canadian Tamils USED the deterioration of the Education system in Jaffna to boost their own status in Canada and the global community. The real price paid was the autonomy of the University of Jaffna whose academic  have  become dependent on the Tamil Diaspora’s handouts. In January I raised the question whether Canada was stealing our heritage?  The ‘yes’ answer came this with through the handout ‘First Tamil  Chair in Toronto University’.

This puts Canada’s own investment in its sovereignty at risk.

A good example of this self – isolation is Prof. Dr. Lukman Thalib named in the Presidential Commission of Inquiry into Easter Bombings.

As per the Island article - Australian of SL origin named as Easter Sunday carnage suspect appeals to UN:

[The Australian passport holder Thalib of Sri Lankan origin told The Island: “Recent discussions on Easter Sunday bombings in Sri Lanka has brought my name from out of the blue. I have spent all my life as a Professor of Public Health and a scientific researcher working for the protection and preservation of life, motivated by my deep respect for human life. I have been devastated by this highly politicised, fabricated information and false accusations.”]

An earlier news Cage report presented the following on 14 December 2020:

[Australian nationals, Dr Lukman Thalib and his son Ismail Talib have been arbitrarily detained and tortured in Qatar since 27 July 2020. They were held incommunicado for 37 days and have not been given access to legal representation. In addition to being held without charge or trial, they have been interrogated, enduring cruel and inhumane treatment, including sleep deprivation, temperature exposure and bring restrained in painful stress positions, all of which is in violation of international law against torture.]

[Ahmed Luqman Talib was named by the US state department in mid-October as a facilitator of al-Qaida and accused of using his gem-trading business to move money across the globe. A short time later, Victorian police, the Australian Security Intelligence Organisation and the Australian federal police raided his home.]

As per the Common Sri Lankan - The Easter Bombing happened due to lack of belief based connection between India and Sri Lanka and within Sri Lanka between the then Prime Minister and the President. These are subjective powers which get weakened due to lack of commonness. In strong administration this common power is the protection of the whole. Towards this one should not ‘wait’ for objectively measurable proof  before acting to ‘prevent and protect’

The Sri Lankan Commission seems to have used the already packaged intelligence of Qatar, the USA and Australia. When one looks at the root – which nation’s law was Professor  Thalib entitled to be protected by – Qatar, Australia or Sri Lanka. One is limited to the protection as per one’s own practice and / or belief. This certainly is not global law in the case of Professor Talib. If he truly believes in Allah – Allah will  protect him.