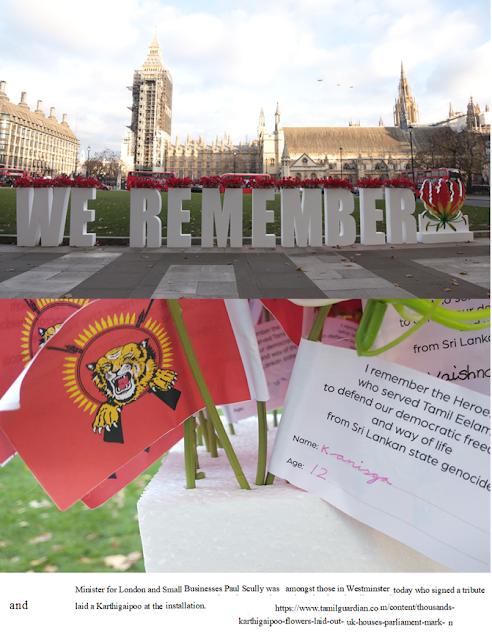 "By the time I joined Lake House the foundation for the Sri Lankan conflict had been firmly laid. Since then I have reported the events that turned Sri Lanka, the Pearl of the Indian Ocean, into The Tear Drop Island and The Killing Field.

It is definitely a sad story. It is sad especially to the men and women of my generation who celebrated the birth of independent Ceylon waving frantically the Lion Flag.

I will relate this melancholy story which I was destined to cover for Tamil and English language newspapers in Sri Lanka and abroad." July 17, 2010 – T Sabaratnam - Deputy Editor of the Daily News, Journalist, Sangam,”

To those who may not be able to differentiate by name - whether one is Tamil or Sinhalese – Sabaratnam is a Tamil name. Achieving that high status by many of that generation confirms the deeper investments all of us made in Common Sri Lanka. One of us Mr Sabaratnam reported as follows: in Pirapaharan Chapter 14. The LTTE Comes into the Open :

[The Sirimavo Bandaranaike government took Alfred Duraiappah's murder as a challenge. It ordered the arrest of the killers before his funeral. The task was given to the police party headed by Inspectors Bastiampillai and Pathmanathan. Both had earned reputation as efficient and cruel officers. They were able to arrest two of the four youths involved in the murder. The captured were Kalapathy and Kirupairajah. They were arrested three months after the murder. The others, Pirapaharan and Patkunarajah, were not apprehended. The police went after them. One of the officers detailed to search for the two absconding youths was constable A. Karunanithy. He was attached to the Kankesanthurai police. He was shot dead by the LTTE on 14 February 1977 at Maviddapuram. Karunanithy was the first policeman murdered by Tamil militants. That came as a shock to the police. Two other constables - they bore the same name Shanmuganathan - who were searching for Pirapaharan were also killed on 18 May 1977. One of them belonged to the Kankesanthurai police and the other to Valvettithurai police. On receipt of confidential information, they went together to Inuvil in ‘civils’ by bus in the morning for investigation. Two ‘boys,’one of whom was ‘Short Bala,’ who had identified the policemen followed them on bicycles and shot and killed them at the Inuvil Junction, on the Kankesanthurai-Jaffna main road. The killing of the Shanmuganathans had the effect Pirapaharan intended. Thereafter, police found it difficult to find Tamil police officers to investigate the murders committed by the militants, including that of the Shanmuganathans. When officers were detailed, they asked for transfers outside the Jaffna peninsula.]

All these confirm to me that the militants did not have the purpose of defending Tamil Sovereignty but by effect confirmed that they sought more power than they had. One way of achieving that was through reverse casteism about which they would have had subconscious intelligence / intuition. That is the way of Truth which is impartial. This worked in reverse direction with Tamil Political leaders who were currying favour with their seniors due to losing intelligence by failing to protest strongly against Standardization – which eventually has led to Tamils having ‘separate’ University just like our own militancy – the parallel of JVP in South. This kind of ‘copying’ is confirmed as follows by Mr T Sabaratnam:

[Thangathurai, who was operating without a proper organization, decided in September 1977 to form an organization for himself. He was an admirer of Yaseer Arafat, leader of the Palestine Liberation Organization. He wanted to form a similar organization when he formed his original group in 1969. His dream was not then realized. By 1977, he was convinced that the model of the Irish Republican Army (IRA) was more suitable for Sri Lankan Tamils. So he gathered with his group on a September morning (My efforts to fix the date have failed) at Selva Sanithi Temple at Thondamanaru to attend the morning pooja. They organized a special abishekam [purificatory bathing of the deity]. After the ceremony, they walked to a madam [rest hut often used by the elderly, rest home] where they held the meeting. A participant recalled that Thangathurai, a devoted Hindu, recited a prayer, Saint Thirunavukkarasar’s Nam Yarkum Kudiyallom (We are not slaves to anyone)before he addressed them. He said they had operated for nearly a decade without proper organizational structure and the time had come to set up one. Sri Sabaratnam, Periya Sothi and Sinna Sothi spoke in support. Thangathurai then advocated the IRA model, a political organization to deal with political affairs and a military wing to handle military matters. He specifically proposed that they would function on the lines of the Irish Republican Army and the Sinn Fein.]

As written earlier, our family was also blessed by Selva Sanithi Murugan – which led to my brother being named Siva Shakthi Vel. When we pray with belief – Lord Muruga grants. As per the above prayer by the militant leader Thangathurai who sought freedom – Lord Muruga did grant the boon. The militants became Veddas – the Indigenous group in Sri Lanka who ‘hunted’ for their living. As per the recorded history of the temple, Mr Kathirgamar who was a fisherman was asked by Lord Muruga to build a shrine and worship Him. When Kathirgamar lamented that he did not know how to perform the poojah – Lord Muruga took Kathirgamar to Kathirgamam in South and gave him a silver spear. Kathirgamar was also instructed to perform the ceremonies in a manner similar to Kathirgamam where Sinhalese silently perform the poojahs. At Kathirgamam they are known as Kapuralayas and they wear masks. Likewise in Selva Sanithi temple also.

Yesterday, in response to my article about the Karthigai flower – a scientist advised me that it was poisonous. My search advised me that it was also suicidal. The signature in the above display confirms some heirs of child-soldiers reborn in the UK. It’s a free world where we do get what we work for. Those who yearn for hunter heritage would get child soldiers. That is the way with polarisation through emotions. Then they have no right to show empathy with crying mothers. When one seeks on the basis of belief one would narrow the gap between cost and benefit and take the middle path. Likewise in terms of intellectual discrimination.

This morning, I started looking for a small statue of Our Lady – given to me by Sister May Joseph of Holy Family Convent – Jaffna. That brought to me thoughts of Damayanthi – the sister of Policeman Bastiampillai who also studied at the Convent and who married a relative of mine. I prayed for his soul so Vaddukoddai would get more and more Policemen who would serve the Common Government of Sri Lanka.