I have been invited by a Tamil Diaspora group to join them to celebrate Great Heroes Day. Usually I do not feel strongly about it. But this year due to my own experiences in Thunaivi which was considered a High Risk Zone during the war – I am consciously opposing it. I am also against false claims of unity by some in the Tamil Diaspora. The reasons as I see them are in the letter to the Grama Sevagi of Thunaivi – who has demonstrated fear to work in the self-isolated area of Thunaivi. Below is a conversation in this regard:

Tamil Diaspora Leader: ‘This is why the Kshatriya Prabhakaran with his military genius and political acumen made him realize that independence would never last if Caste discrimination continued.’

Gaja : I have written many times that the LTTE was driven by Caste discrimination pain. Prabhakaran was born in Karayaar caste – our Kshatriya group. But he had no business recruiting from schools which by their very nature were places where caste was overridden by merit. The result now is fear in the Senior caste – as confirmed in the attached note to the GS – common by position only to two villages of different castes..

Which one of you has had deeper experience than I to comment on this issue? Certainly not Mr Easwaran Wignes!  Also if you have the courage write to the other Easwaran – Kanag who has rebuilt his house which is referred to by the Thunaivi folks as ‘Hotel’. Thus far your Easwaran has scored a point above Sangarathai Easwaran who treated me like an outsider. Your Easwaran came to Thunaivi to open a building built illegally!. That is the way of politics. If VP came into position – you would have had to say goodbye to higher education. If you consider me to be part of your clan – please read the attached as if you have had the experience.

Those who seek military rule within their own community – lack the authority to represent the whole. Those who educate do have the moral authority. To the extent LTTE members did suffer unjust discrimination but did not retaliate, they developed higher intelligence – like in the case of Deva Daasis who were treated as prostitutes by many in married life.  The less mature folks need such position protection to preserve their cultural structures.

Many in the Tamil Diaspora do not need such protection any more and hence the easy and popular choice of Racial Equality which leaves them with the only option of attacking the educated on the basis of caste based discrimination. So the war continues…..

When we act as per our conscience – there is no real war – but just Opposition.

There is also this so called educated group who entertain each other in retirement. One of them forwarded the Sunday Times article headed ‘Nallur temple: A powerful legacy to uphold’ to which we are introduced as follows:

Radhika Coomaraswamy writes of Kumaradas Maapana Mudaliyar and the progressive values he instilled.

I asked the senior as follows:

[I wrote long before this about Nallur’s Mapana Mudaliyar expressing appreciation for the respect paid by the PM. Did you share that with others? If ‘no’ you do not have the moral authority to share this – subjectively. I am senior to Radhika in this regard and Murugan knows that ]

As per the above, the intention was to reduce race related tensions.  Ms Radhika writes in her article:

[We were studying world religions and a young Australian teacher was teaching us Hinduism. “Hinduism is known for its caste system. That is what makes it different to all other religions,” she said going on to graphically describe the caste system.]

That reminded me of the Tamil film ‘Iru Kodugal’ (Two lines) . The philosophy in the film is when you draw a longer line next to a line – you make the first one look shorter. In that film – the first wife of the hero is abandoned by the hero due to circumstances but becomes a senior  IAS Indian Administrative Service officer. The second wife was a homemaker. They had a son each. Let us refer to them as Colombo boy and Jaffna  boy respectively. The first wife who seeks to ‘give’ a prize asks the two boys a riddle which effectively was technical Maths. The Jaffna boy answers correctly and the lady gives him Rs 1,000 – saying to give it to his mother for household expenses. When the two boys go to the Jaffna boy’s home and the homemaker learns about this, she also gives them a riddle. It was about the Colombo boy’s watcher being sacked even though he saved the Colombo boy’s Mum’s life by asking her not to go by plane because he had just had a dream that that plane was crashing. The Jaffna boy could not work out why the watcher was sacked but the Colombo boy said promptly that he was sacked for sleeping while on duty. The homemaker returns the Rs 1,000 to the Colombo boy and says to give it to his mother for her petrol.

Radhika’s experience of caste in Hinduism is the parallel of the IAS officer’s son. Mine is the parallel of the Homemaker’s son. Likewise the experience  of Nallur and more to the point our family temple experience which is largely alien to Radhika who is protected by high class status. At Nallur our family had glimpses of Nallur Murugan, as part of the masses. I recall my uncle Sri Khanta who was G A Jaffna admiring the glory of Murugan in Green – observing that the Sun’s rays made the glow natural. Given he was senior in family I also enjoyed that experience. But at Sangarathai-Thunaivi – where we have our own family temple – I am the Presiding Governor.

The armed militants who killed the declarants of Vaddukoddai Resolution will continue to oppose political solution. If we mourn their deaths then we will not see the resurrection of Education in Jaffna. They died early because they like the Tiger and Hunter Veddas they fully used their physical bodies to achieve their chosen purpose. This ought to be celebrated in jungles. When celebrated at Universities – they become jungles. 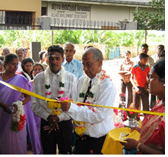 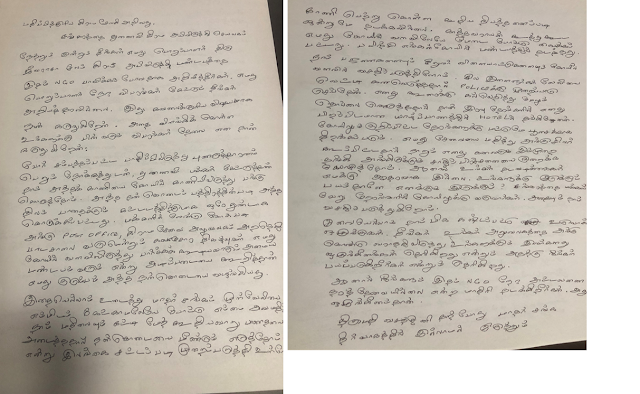 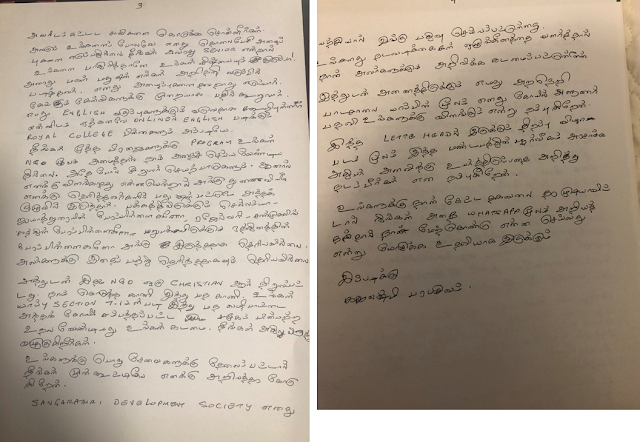