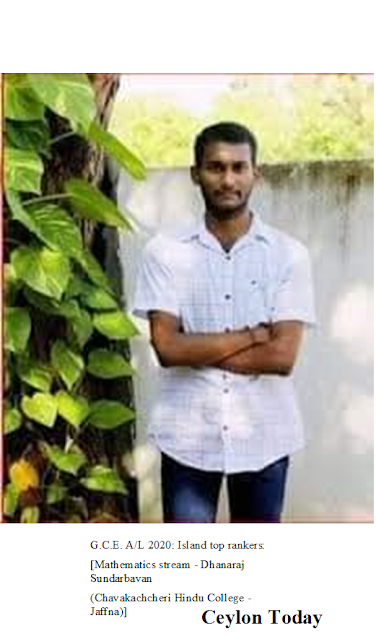 There are public expressions of protest in Australia and Canada on the basis of the Travel Ban against Australians returning from India. While I did not identify with it as racism, I appreciated the spirit of understanding by majority to support minority.

[Public Security Minister Rear Admiral (retired) Sarath Weerasekara locked horns in Parliament with Field Marshal Sarath Fonseka on 5 May, over the latter’s recent statement on former army personnel Sunil Rathnayake, who was convicted of the murder of eight civilians, including a toddler in Mirusuvil in 2000, and released recently through a Presidential Pardon…………

Weerasekara: “That is because you take money from the Tamil Diaspora. Rathnayake was pardoned based on the fact that only he was convicted while all the other accused in the case have been released. It was a decision made based on legal advice. Rathnayake is a war hero. You don’t care about war heroes. When terrorists were pardoned you never said anything against it. When 12,000 LTTLE cadres and many child soldiers were rehabilitated, did you speak against it? No. now you are accusing a war hero like Rathnayake. When judges released terrorists, what were you doing? Shame on you.”  ]

This made me happy as it confirmed to me that our investment in educational pursuits was being invoked by the next generation. Chavakachcheri is also the home area by marriage of father’s sister – Mrs Rathinam Coomaraswamy. But this enjoyment was seriously marred when I was directed to the Facebook page of Rumesh Rushantha under the name ‘Walk With RAMA’ publishing as follows:

[Dhanaraj Sundarbavan's luck who got first place in the mathematics department in this year's A / L examination,.. Prabhakaran's brutal terrorism was endured.

He also has to be a child soldier like he was in the second picture here.

Dhanaraj's victory today is the real victory of ending the war on that day.

Another under the name Upali Wijewansa, responded as follows:

[Make sure the country doesn't get a problem! Do a service to the country! That's the win!]

The second picture this guy refers to is the one below: 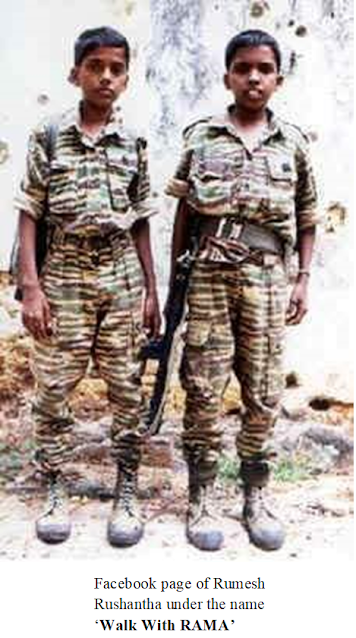 These comments and the postings indicate strongly the development of minds such as that of Minister Weerasekara who keeps boasting about rehabilitating Tamils while his backyard is oozing with racism.

These two Sinhalese carry the genes of Minister Weerasekara & Sergeant Sunil Rathnayake who was found guilty by the Judiciary but was pardoned by the current President. They are the reasons why the standardization policy was implemented in 1971. Since then the common intelligence of Sinhala only politicians has been on the downward slide.

Some Tamil leaders seem to have given up because they are not able to make the global connection between cause and effect. Tamil deity Murugan – who is recognized as Kataragama deity by Buddhists is recognized as Kali Yuga Varathan – the lord of Kali Yuga will appear. Two of the indicators that confirm the need for Murugan in Sri Lanka are:

·       Rulers will no longer see it as their duty to promote spirituality, or to protect their subjects: they will become a danger to the world.

To my mind, Tamils who believed in Justice, and invested in intellectual logic – escalated the pain of war to global level. In return – we are rewarded by such outcomes locally where it all began.