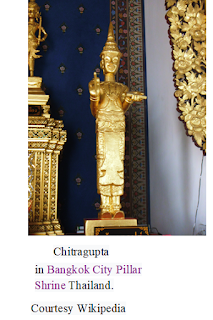 ABC reports under the heading ‘Coronavirus-fuelled racism prompts debate on whether Australia's laws are strong enough to protect victims’:

[A spate of coronavirus-fuelled racist attacks have sparked calls to simplify and strengthen Australia's racial discrimination and vilification processes, amid concerns they are too complicated and toothless to properly protect victims.]

As per my experience with the authorities – starting with the Australian Human Rights and Equal Opportunity Commission, there is very little real value in these laws which are largely ‘copied’ from the UN to make us look pretty. As per the above report:

[Last month, the Australian Human Rights Commission revealed one in four people who reported racial discrimination in February and March linked it to the coronavirus pandemic.
Members of Australia's Asian community appear to have borne the brunt of attacks and vilification.]

In Australia as well as in Sri Lanka, the cases in court  are largely about which lawyer wins. By the time facts are presented in court – they are infected by the greed of lawyers and even simple statements are legally decorated to take the issue beyond the reach of the litigants. The victims themselves may find it easier to think that it was racial – just because the attacker looks ‘white’. In the above instance  the ‘facts’ are reported as follows:

[James Lin was targeted while sitting on a train in Melbourne in late February, well before tough social restrictions were put in place to try to slow the spread of COVID-19 across Australia.
Four men turned on the Chinese-born Australian citizen, pretending to cough around him and hurling abuse that he must be infected as he was from overseas.
While the taunts were verbal, Mr Lin said he also felt physically intimidated by the group. A female passenger stood up for him, telling the group they were being ridiculous.
"Because that lady stood up for me, I said that it was true Aussie values," he told the ABC.
"And the racist guy said, 'this guy clearly doesn't look Aussie'."
Police were at the next station and were alerted to the group's behaviour.]

Was that not to a ‘foreign’ country? It is because the current President demonstrated in action that he considered those bound by UN Resolution a ‘foreign’ ruling? Voice of America reported as follows on 19 February 2020:

[Sri Lanka's prime minister said Wednesday that the government has decided to withdraw from co-sponsorship of a 2015 U.N. Human Rights Council resolution calling for the investigation of allegations of war crimes committed during the island nation's long civil war.

Prime Minister Mahinda Rajapaksa's announcement comes days after the U.S. State Department imposed a travel ban on Sri Lanka's army commander, Shavendra Silva, and his family over alleged human rights violations in the final stages of the civil war in 2009.

“The people should be the judge of how fair this is,” Rajapaksa said. “Even though this collective punishment has been meted out on the grounds that the army commander had committed violations of human rights, no one knows what these allegations are.”

Rajapaksa said the resolution has enabled other countries to blame members of Sri Lanka's armed forces for being human rights violators.]
The  UN Resolution in relation to Sri Lanka was initiated and led by the USA, cosponsored by Australia includes the following:

When the Government promised to withdraw from this – the Australian leadership ought to have distanced itself from that government. Why were the PPE not handed over to the Sri Lankan Department of Health? Why was it done military to military? Intuitive connection of the like-minded?

If so what is wrong with a White Australian ‘seeing’ a Chinese looking guy as ‘foreigner’ and connecting him to the ‘Chinese flu’ that the American president labelled it to be?
During global problems, maintaining our Sovereignty is more important than seeming to be of good conduct. If the fear in the White Aussie regarding Coronavirus that as per his knowledge originated in China was stronger than the pain of being labelled Chinese and therefore part of the problem, then it is understandable and beneficial to the nation as a whole due to strengthening of sovereignty in clusters.

During the time the Trespass case against me by the University of NSW was being heard at the Waverley Local Courts – a trader referred to me as being connected to the ‘Bad Tigers’. Even though I reported this – no action was taken by anyone. I shared  my experiences in my book ‘Naan Australian’ which found its way to the National Library of Australia. That is the way of Truth.
The work I did and the pain of ‘failure’ I experienced resides in me as Shakthi / Energy. Now I take my position whenever my need to do so is stronger than my need to be harmonious.
Due to this approach – I learnt not to overly punish the less educated through the legal pathway. In the village of Thunaivi in Northern Sri Lanka for example, there are times when the hierarchy through which their local sovereignty is maintained gets upset when the local coordinators override my directions and take power into their own hands. In that village physical possession becomes ownership. They recognize my authority in their own way but not that of another local equal to or below them in status. Seeing is believing in that village and others like them.
The system of Natural Justice operates on the basis of Truth. Today, Hindus celebrate the Chitraguptan  the personification of our hidden powers. The above shrine in Thailand confirms the hidden Hindu power in Thailand. Some say that this power protected Thailand from becoming colonized by Western powers. The above City Pillars were built by Kings Rama I and Rama IV. King Rama IV/ King Mongkut  about whom Wikipedia presents the following:

[Outside Thailand, he is best known as the king in the 1951 musical and 1956 film The King and I, based on the 1946 film Anna and the King of Siam – in turn based on a 1944 novel by an American missionary about Anna Leonowens' years at his court, from 1862 to 1867]
In contrast the Sri Lankan government named its Satellite after King Ravana :

[When naming the country's first satellite, Sanath Panaavanna, Director General and Engineer at the Center for New Technology - Arthur C. Clark Institute of Sri Lanka, along with his two engineering students wanted to put forward an authentic name that represents Sri Lankan culture and history. Inevitably the name "Dadu Monara" ("දඬු මොණරය​" in Sinhala) was a go-to choice. Dadu Monara is a flying device that appears in early Sri Lankan folklore and it is often accredited by historians to be the first aircraft ever created. However, due to the complexity of the word and the difficulty most non-native Sri Lankans would have with pronouncing this word, it was named after King Raavana ("රාවණ රජතුමා" in Sinhala), who ruled Sri Lanka at the time the Dadhu Monara was built. King Raavana is a notable King in Sri Lankan history with many contributions to ancient Sri Lanka]

The above is the parallel of China’s One Belt One Road developed on the heritage of Silk Road during Han dynasty. The Silk Road is a UNESCO World Heritage Site. Where one invokes heritage for economic gains or for ‘show’ the negatives during that period are invoked and they are exponential in value. War memorials ought to be for respect and not for ‘show’. Likewise, all properties of heritage value.

Buddha was born Hindu and hence the Buddhist philosophy is not different to Hindu philosophy. When Sri Lankan political leaders ‘show’ Buddhism as the foremost religion – they separate themselves from Hinduism. Current Administration is relative and when a religion is brought into the Administrative formula it loses the heritage value. Heritage values are absolute values. They ought to be combined with respect as Energy values and not used as direct relative values. At relative level the then Authorities did not like Jesus pointing to the invisible power of God as the Ultimate Reality.

Chitraguptan writes that invisible Energy – good or bad – at the time of our death. This I believe is our conscience which lives beyond the body. As per Hindu philosophy we are reborn in a new form at physical and intellectual levels. We write our next chapter – once our conscience is clear of the physical and the intellectual. The indicators   are produced during the last active stages of our current life.

Lord Buddha is taken to have attained complete and permanent divinity and therefore merged with the Universal power. Every person who believes in Buddha would invoke divine powers in the form Buddha gave his values – the values he discovered.

Ravana did not attain such a state. Yet the satellite was named after Ravana. Now Ravana habits are surfacing as follows:

[At a press briefing on 1 May, 2020 Spokesman for the Cabinet of Ministers Minister Bandula Gunawardane said that expatriate Sri Lankans and local and foreign investors could deposit unlimited foreign currencies including “black money” in special deposit accounts at any private commercial bank in Sri Lanka.]

Such is a Separate anti-Buddhist  state.  The Sri Lankan Government  mentally withdrew from direct global supervision because UN laws are ‘foreign’ laws that disturb their overt practices of  separatism and activities that would be considered uncivilized by others. Unless the power of the citizens is stronger than that of the government – we would keep writing our horoscopes to depend on others who are ‘free’ of Accountability. Here in Australia, Racism was bound to surface to balance the Liberal Party’s credit through virus control to which migrants contributed strongly through their natural obedience.  During John Howard’s regime that position acquired strong racism karma. It will continue to disturb the mind of that party’s victors – unless they repent and redeem their past wrongs.
When victims absorb that pain and continue to feel Australian – they would have the true Governing Power that Jesus identified with and confirmed through His self-resurrection. Exponential powers resurrect themselves. The virus was such a power and could be overridden only by a parallel positive power. Many Hindus prayed to Lord Dhanvantari to help heal against Coronavirus fear. The Indian Government by Policy celebrate Lord Dhanvantari – as the Lord of Ayurvedic medicine / Indigenous faith based medicine. By send medicines and troops off to other countries – the government confirmed lack of faith – because they would not work with those who believed in and practiced other forms of medicine.

Racism or Corona – it is the unseen value that is the greatest challenge for this generation.