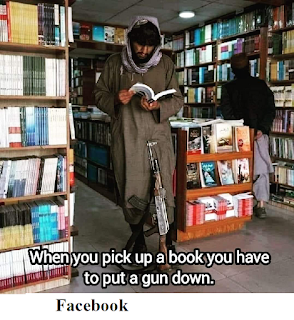 Response from a Tamil Diaspora leader, to my article ‘BUDDHIST CLERGY IN BREACH OF THE CONSTITUTION’ was:

‘99% of the Buddhist monks in Sri Lanka seem unaware of the basic tenets of Buddhism, far less practise what the doctrine preaches .’

I responded back as follows:

‘That is because they are profiting from Buddhism. This means they are driven by desire. As per my knowledge, Lord Buddha’s first fundamental tenet is to renounce desire. Gotabaya took oaths at Ruwanweli Maha Seya, to ‘show’. Hence he acted in breach of the foremost tenet. Desire drives one to ‘show’. Gotabaya thus acted to damage a heritage and hence the economic pandemic in Sri Lanka.’

I believe that by living within the status ‘allocated’ by the  Tamil Diaspora, I have become the natural representative of that level  and below. This connects me to their common mind and hence the ‘intuitive intelligence’ which is the approach taken by ‘secret service’. In my case, it is ‘confidential service’ which strengthens ‘ownership’, because I do not take any benefits for the service rendered. A subjective system  requires ‘confidentiality’ as an essential ingredient, to work naturally and at least cost. This results in the formation of team that operates through common mind.

The delisting of some Tamil Diaspora groups has come under Public scrutiny:

“The timing of the government announcement really worries us,” Dr. Amarasekera said on behalf of the Federation of National Organizations (FNO). He said such moves couldn’t be simply justified on the basis of the forthcoming sessions of the Geneva-based United Nations Human Rights Council. The next UNHRC sessions are scheduled for September…………..

……..The UK-based Global Tamil Forum (GTF), the British Tamil Forum (BTF) and the Canadian Tamil Congress (CTC) had been among those delisted, through an Extraordinary Gazette issued by the Ministry of Defence. National Freedom Front (NFF) spokesperson Mohammed Muzammil, MP, too, echoed Dr. Amarasekera’s concerns. Addressing a hastily arranged media briefing at NFF’s Pita Kotte party office, lawmaker Muzammil asked whether the government had received an undertaking from those delisted groups, and individuals, whether they would abandon the separatist agenda. Lawmaker Muzammil said President Wickremesinghe, who holds the defence portfolio, should address the concerns of those who felt betrayed by the disputed de-listing of those who propagated separatist ideology though the armed forces eradicated the LTTE in 2009.

Both Dr. Amarasekera and MP Muzammil pointed out that Tamil Makkal Theshiya Kutani leader C.V. Vignewaran, following a recent meeting with President Wickremesinghe, had declared that he received an assurance with regard to several of their demands.  They asked whether the de-listing of these organizations, and individuals, had been part of the agreement between Tamil political parties and President Wickremesinghe.] https://island.lk/delisting-of-tamil-diaspora-groups-irks-some-explanation-sought/

First of all, the Sinhala community that dethroned the President whom it brought to power for eliminating the LTTE in 2009, lost its moral authority to make any claims as per that victory in 2009. This means LTTE spirit has been awakened.

As for Mr CV Wigneswaran who claimed direct relationship with the LTTE leader as ‘Bother’ while expressly carrying the title of ‘Justice’ – he let his standards to be demoted to the level of the LTTE, who had their own laws.  Mr Wigneswaran, needed to renounce his title ‘justice’ so that the People to whom he was Chief Minister, did not merge the two. At the lower level.  The Doctrine of Separation of Powers between two cultures  prevents such natural mergers at the lower level.

These groups are likely to be strongly influenced by Rebel mind. But it needs to be recognized that the Western governments have facilitated these Tamil Diaspora groups to exercise their opposition in a structured manner – long before the recent Aragalaya / protests began this year. Those were not followed by violence that the Sinhala community demonstrated to the world. Where one group is rewarded and the other is punished for identical actions, it amounts to the government pampering their own clan.

A mind driven by fairness on Equal footing would prevent further conflict. With this prevention in mind, I responded as follows to the Facebook posting of the picture  above:

When brawn power and brain power are not merged - so that the latter leads the former, they start opposing each other. The stronger side wins. This is true of Sri Lankans.

The Aragalaya chased away the war-hero who came to power due to the above conflict. The Tamil Diaspora would neutralize the Chinese influence which would motivate to assist Sri Lanka to facilitate Indian businesses. An example is the approval of  Adani Group’s Green Energy projects. at https://www.dailymirror.lk/latest_news/Adani-Green-Energy-issued-provisional-approvals-for-two-wind-projects/342-243181