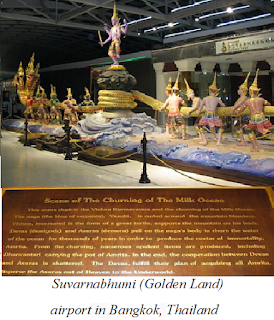 The same Sangakkara demoted ‘armed rebels’ as ‘terrorists’ for their parallel skills as Shane Warne. Both were unregulated. In Sri Lanka – the education system is also developing this mentality. On 21 March, I wrote as follows.

The introduction  goes as follows: - ‘Kumar Sangakkara recollects his experience of the terrorist attacks on the Sri Lankan cricket team during their 2009 tour of Sri Lankan.’

Kumar Sangakkara, confesses to not having had the Sri Lankan experience of war. His speech is part of the curriculum by the government. Thus the war has been elevated to glorify a Sinhalese. As per Wikipedia:

[His parents sheltered Tamil families during the Black July riots in 1983.]

If both are true, then Kumar Sangakkara was benefiting from the Sri Lankan war.]

This indiscriminate judgment has been a huge influence on the current state of affairs in Sri Lanka. In his tribute to Shane Warne, Sangakkara refers to Warne as king. Sangakkara acknowledges that Warne ‘broke the mould; never liked structure.’ That applies to LTTE leader Prabhakaran also.  This then makes Shane king of asura cricketers and not divine cricketers.

As depicted in the above legend of the Milk Ocean, like Sri Lanka, the whole world had a problem. The solution recommended was to churn the problem with desire driven Asuras on one side and bliss driven gods/devas on the other. The mind was used as the churning rope and truth as the rod.

When churning – poison came out first. The poison in the ordinary folks is coming out in Sri Lanka. That poison is the other side of ‘desire’ enjoyed by all Sri Lankans. In the legend, the poison was swallowed by Lord Shiva who destroys body consciousness and leads us to live in Ultimate/Virtual Reality. A true Buddhist Sri Lankan would swallow the poison of body separation in Policy – starting with Sinhala only and followed by Buddhism foremost policy in the Constitution.

One may ask whether such policies have the power to generate negative energy known as ‘curse’ in secular language. As per my discovery – yes. When we ‘show’ Buddha who begged for food – and live like the Lion – which kills other animals for food – the ‘gap’ of unearned pleasure becomes poison in the mind. In the legend, the poison came out of Vasuki – the snake (mind) that was used for churning.  Vasuki is the snake around Lord Shiva’s neck.

The nectar of eternity came later. If the nectar is bliss – its custodians are those who live close to the soul. Those who live as per their brawn power are Asuras. Highly talented King Ravana of Lanka was classified as Asura king. This would indicate as to why Sangakkara would recognize Shane as King. Likewise, those to whom Prabhakaran was king.

The problem is that those who are driven by the physical die early – as Shane as well as Prabhakaran did. Likewise any government that is driven by visible economic prosperity.  The nectar is in the minds of those who renounced immediate pleasures to share with others. They are true leaders and their group is sovereign. Their land is the true Suvarna Bhoomi / Golden Land.

Sri Lankan Politicians have to keep churning to find their own balance.