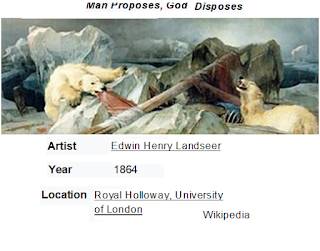 As per my discovery, when a provider dies and we pay our respects to that provider through Due Processes – we become the heirs of their positive Energies. When we fail to do so and we owe that ‘position’ the provider held, our debt to them becomes sin and we become heirs of their negative Energy. The status of our position relative to the provider’s position also gets demoted.

When we take the Sri Lankan government as a person, when it died in 2015 the negative Energy was inherited by Mr Sirisena who was junior to Mr Mahinda Rajapaksa and was disloyal to the one who groomed him. Hence his illogical decisions in 2018, causing a constitutional crisis.

In terms of the Sinhalese who was lynched  in Pakistan, his wife is reported to have stated:

Around the same time, the Daily Mirror published the following under the heading - ‘By no stretch of imagination could you call this country a Sinhala or Sinhala Buddhist Country' – Wigneswaran:

"Tamils of the North and East do not call Prabhakaran a terrorist and an enemy. They call him their Saviour and National Leader. The truth is that. When the Sinhalese brought the Sinhala Only Act in 1956, it was an act of betrayal of the Tamils"

I opposed the above through my own experience based belief – but the Daily Mirror has not published it. In a Democracy it is essential to have at least one opposing expression of belief. There are none in the case of Mr Wigneswaran’s expression. The result it that we become two separate groups of vertical subjective authority. My response was that I have never heard any Jaffna Tamil call Prabhakaran their Saviour.  All known to me who appreciated his leadership referred to him as ‘Anna’/ Big Brother. They referred to the Hon SJV Chelvanayagam as Father. These are all Politics which to be valid needs to be ‘Belief’ based.

The interview is concluded with the following: ‘Tamils have fixed the week starting from November 21 and ending on 27th as Martyrs’ Week.’ The interviewee is referred to as Justice C. V. Wigneswaran
Member of Parliament - Jaffna District .

The above titles used together are also blasphemous in terms of the Lord of Politics as well as the Lord of Natural warfare. This confirms that Mr Wigneswaran has inherited the unlawful side of the LTTE leader.

Likewise in the case of Sinhalese who failed to exercise their belief based expressions against the armed forces led by the current president. Some members of the armed forces  treated captured combatants like animals. Then like the Asuras who hijacked the nectar from the churning of the Ocean of Milk – they hijacked the ill-gotten victory and held victory parades. Let us go into this in virtual reality mode:

[In May 2000, President Musharraf of Pakistan supplied millions of dollars of much-needed weapons to the Sri Lankan government, when separatist Tamil Tiger rebels were about to recapture their former capital of Jaffna. In August 2006, suspected LTTE rebels attempted to assassinate Pakistan's ambassador to Sri Lanka, Bashir Wali Mohamed, with a claymore mine in Colombo. Mohamed was not hurt but seven others died.[25] In May 2008, Lt. Gen Sarath Fonseka of the Sri Lanka Army held talks with his Pakistan Army counterparts regarding the sale of military equipment, weapons and ammunition. The supplies of 22 Al-Khalid MBTs to the Sri Lanka Army was finalized during these talks in a deal worth over US$100 million.

In April 2009, Sri Lanka requested $25 million worth of 81 mm, 120 mm and 130 mm mortar ammunition to be delivered within a month. During a state visit by President Asif Ali Zardari to Sri Lanka in Nov 2010, Sri Lanka evinced interest in purchase of Pakistani al-Khalid Main Battle Tanks, light weapons and ammunition, and the Sino-Pak joint venture product JF-17 Thunder aircraft.

On January 16, 2018, Pakistani Army Chief, General Qamar Javed Bajwa reached Sri Lanka on a two-day official visit on the invitation from his counterpart.

…Shortly after the defeat of the Tamil Tiger rebels in Sri Lanka, Islamabad congratulated Sri Lanka and the Deputy Minister of Foreign Affairs Hussein A. Bhaila of Sri Lanka called Pakistan a true friend saying:

"The government and the people of Sri Lanka have considered Pakistan as a true friend of Sri Lanka, which has always stood by it in times of need..] - Wikipedia

If this were true of the Sinhalese – then that was the foundation on which Mr Priyantha Kumara would have gone to work in Pakistan. During Maaveerar week mentioned by Mr Wigneswaran, the natural spirit of the LTTE would have been invoked despite the court orders against it. As per the balance of nature – when the LTTE spirit was awakened by the likes of Mr Wigneswaran – the investment of that group in the official justice system gets downgraded to the political level of the LTTE. This like Covid-19 has greater speed than regulated forces, to spread itself  beyond formal boundaries. That ‘free’ energy has the power to enter likeminded minds to urge them to act in the same way as their origin. It is also the period when Muslim Easter Bombers are being awakened by the Sri Lankan government . The time gap facilitates mutations. Now that there is greater cohesion between Muslims and Tamils in Sri Lanka – it is highly likely that the Tamil spirit would awaken through Muslim minds unregulated by written law. This would naturally work against their opposition – the Sinhala Buddhists.

The victim of the Man Proposes, God Disposes  1864 oil-on-canvas painting by Edwin Landseer, is reported to have stated ‘The polar bears made me do it’.

To the extent the artist went into the experience of the expedition by Sir Franklin – from the side of Nature – that painting becomes live power. It was a suicidal mission and hence the student stabbed a pencil into their eye and committed suicide.

‘Medical episodes’ happen to cause accidents due to such incomplete experiences. The mind that comprehends the cause and its effect at the same time is steady and stable. The mind driven by the seen and the heard – tends to get polarized and hence the bipolar ups and downs. The above mentioned painting is about bipolar problem. Its Sri Lankan parallel is the war between unregulated Tamils and Sinhalese represented by the two polar bears. The Pole between them is the Common Axis that every true Sri Lankan represents. It is that pole that maintains the wheels of Natural Justice of Sri Lanka revolve around itself and around the Universal power of Truth.