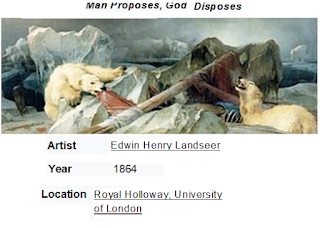 Yesterday, I asked the question ‘Are Tamils Minorities in Sri Lanka?’Today, I received the response from a fellow Sri Lankan of Tamil origin through the video clip at මුන්ව පන්නමු | Sinhala News | Breaking News | Horawa News - YouTube with the observation : ‘Amazing priest; Proud of him.’ I identified with the essence of the message that came through the Buddhist monk who went to the past when we did not feel ethnic differences. Listening to the priest, I recalled how a close relative in law of mine lived in harmony amongst Sinhalese in Battaramulla. The only two Tamil families in that area were that of Mr Sinnaduray – my relative and Mr Ramachandran – the father of Hon Sundaralingam who was DIG in Sri Lankan Police and yet quit in protest:

[..very few people know that his home in Nawala was burned down during the 1983 Colombo riots. I am not sure whether he was hurt over this incident, but I know that he went to the then IGP’s office, removed his official badges and placed them on the table saying that he was resigning. A surprised IGP told him, “Sunda, you are going to be the next IGP.”

He calmly said, “I don’t want to be the next IGP” and walked out of the police headquarters without compromising his integrity.] Srimal Abeywardene of Lanka Reporter.

My relative went back to North where he lived until he passed away. Both Tamil families were well respected by their neighbours. But when desire based emotions are influenced by politicians – take control of their minds – they lose this part of Common Sri Lanka. They thus lose their right to call themselves Sri Lankans.

[As his friend for many years I know he was one of the most impartial policemen ever to serve the country with dignity and love. He treated everyone alike with no racial or religious bias. In fact, while serving in Jaffna he fought hard to eradicate caste discrimination removing limited entry to Hindu temples to certain castes in the northern peninsula.]

But today – those junior castes in Police do not know about this heritage. These are the deep losses that we as a community have lost due to taking an eye for an eye.

Recently, I learnt about a lady Police Officer who was on duty at time Mr Rajiv Gandhi was killed who was seriously injured in the blast. As a working woman – my heart went out to her. Like me, that lady also continues to be herself and denounces the LTTE.

Diaspora Tamils who fail to identify with the Sri Lankan heritage would not know the sweetness of commonness in their new nations. The eternal value of this common ownership is presented by Srimal from Mr Sundaralingam’s communication to him on 13 January 2017:

[In fact, I visited Sri Lanka after a lapse of six years two weeks ago. I visited Police Headquarters on the special invitation of IGP Pujith Jayasundera to receive a special award for my contribution to Sri Lanka Police for 30 years from 1956-1985. This was an unforgettable day, as I last visited the Colombo Police Head Quarters 1985 after a lapse of 31 years. Strange, I was welcomed by IGP and 50 senior officers; none of them worked with me. They must have joined post-1985? This is the greatness of Sri Lankans, you are remembered irrespective of the community, caste, creed etc.

Several journalists known to me were keen to interview me for scoops??? I avoided them, to avoid controversy. Having served at Interpol HQ Paris/Lyon France for 16 years, I am currently on Interpol Program with Indian Agencies. I am designated by Secretary General of Interpol to function as an international drug expert. This gives me a lot of job satisfaction to share my Interpol experience with senior Indian law enforcement officials. I am happy to observe your energetic family members are publishing the Sri Lanka Reporter.]

[Jayasundara was appointed on 20 April 2016, recommended by the newly appointed Constitutional Council of Sri Lanka. He was chosen from among three Senior Deputy Inspector Generals of Police. The Constitutional Council approved his appointment. He was expected to prosecute cases against former President of Sri Lanka, Mahinda Rajapakse and his allies

On the 26 April 2019 President Maithripala Sirisena ordered Jayasundara to resign over failures that led to the deadly Easter bomb attacks. Due to a lack of response from Jayasundara, he was put on compulsory leave with Senior DIG C. D. Wickramaratne appointed as the acting Inspector General.

However in a 20-page complaint Jayasundara claimed that there were serious communication gaps between intelligence agencies and security arms of the government, all which fall under Sirisena. He also stated that the State Intelligence Service (SIS) which reports directly to the president ordered him to stop ongoing police investigations into Islamic militants including the National Thowheeth Jama'ath (NTJ)

Jayasundara who was arrested along with Hemasiri Fernando, Secretary to the Ministry of Defence for failing prevent the Easter bombings. In February 2020, he was released on a cash bail of Rs 250,000 In March 2020, he retired from the police service and was approved to obtain his pension and retirement benefits]

To my mind, we Sri Lankans have Natural Administration through our sense of Equality. Commonness at policy level is essential for us to recognize Equality  at outcome level.  Man may propose but the unbalanced proposal gets destroyed by the other side. Wikipedia presents the following in this regard:

[Man Proposes, God Disposes is an 1864 oil-on-canvas painting by Edwin Landseer. The work was inspired by the search for Franklin's lost expedition which disappeared in the Arctic after 1845. The painting is in the collection of Royal Holloway, University of London, and is the subject of superstitious urban myth that the painting is haunted…..

It is well-documented that students at Royal Holloway believe the painting is haunted. It comes from the urban myth that a student sitting their exams in the 1920s or 30s stabbed a pencil into their eye, writing "The polar bears made me do it" on to their exam paper, in reference to the painting, and committing suicide. There is, however, no university record of a death in the picture gallery. A legend among students dating back to at least the 1960s is that anyone sitting in front of the painting during an exam will fail it.

Due to the perception that the painting is a bad omen, there is a college tradition that requires temporarily covering the painting with a Union Jack when student examinations are ongoing. This is due to an incident during the 1970s where an exam invigilator hurriedly covered the painting with the first thing they could find that would be large enough, as a student refused to sit their exam by the uncovered painting.]

Interestingly, this institution presents itself as follows:

If therefore, Royalty in 1845 were the beneficiaries of the said expedition in which war ships were used – Nature would have retaliated. This is confirmed by the polar bears which keep the balance of Earth by remaining in their respective sides. If philosophy is absolute in value rote learning is zero in value. Hence students who use ancestral discoveries without attributing credit to ancestors would be infected by the negative spirits of the expedition that led the group to its terrible end. It was a suicidal mission and hence the weak-minded would be infected by the curse.

The parallel of that expedition were the uprisings in South which was copied by Northern militants. Politicians were killed and now war heroes of ‘free’ community are being celebrated in Universities. Whenever a true heir of a Common  Sri Lankan opposes such celebrations, the common heritage is invoked and its exponential power naturally sends the polar bears to their respective sides. Thus commonness would separate the race-nationalists to their respective sides. They are necessary challenges that we have to learn to live with. They are harmless in their own corners and hence if man proposes to bring them together physically – they would destroy each other through their natural characteristics. Hence the end of war in 2009 in which they got even as per their own common rules. If we try to bring them together artificially – we would awaken the war spirit which would be suicidal.