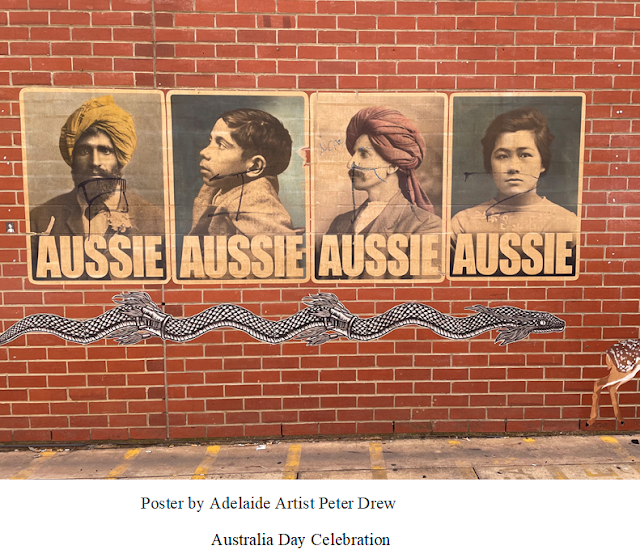 I learnt through Indian Political Epic - Mahabharatham - about Vyuham in a war which is the structure through which the each side presents its consolidated power. To my mind that is a strategic structure. When structured as per the origins known to us – we include all those minds in that structure. Vyuham is also management structure for workers and v.v.; Government structure for citizens and v.v. There is also the invisible Vyuham that organically develops as per our true contributions at ‘purpose’ level. This often remains as static Energy and quietly supports our activities. The truth we learn becomes Energy to the extent we do not draw benefits from it. A Vyuham formed by such Energy, is difficult to penetrate.  The most challenging Vyuham in Mahabharatham is the Chakra/Wheel Vyuham – which is presented by Wikipedia as follows:

[Prince Abhimanyu was trapped in the chakra-vyuham (formation like a turning wheel), wherein the army in consequent concentric circles moved in the opposite direction thereby trapping and confusing the enemy, and protecting its core which was the only vulnerable point of the entire formation. The core once pierced would throw the entire vyuham in a disarray]

The price paid by Abimanyu was his own life.  Abimanyu is celebrated as a great hero. As per my belief, those who do so would inherit the static Energy of the Chakra-vyuham and its nuclear force – Courage.

The latest to ‘show’ participation in the Lankan ethnic war is Canada. CBC Canada reports :

[Brampton mayor Patrick Brown has promised to build a monument to commemorate the lives lost in the Sri Lankan civil war — what many people in the Tamil community call a genocide  — after a memorial was torn down at a Sri Lankan university.

The destruction of the Mullivaikkal memorial at the University of Jaffna two weeks ago —  a monument that was erected in 2019 to honour the lives of Tamil civilians who died in the war — led to public outrage from many Tamil diasporas across the world.

In response, Brown took it upon himself and his city to do good by the community.

On Wednesday, Brampton City Council unanimously voted to build their own memorial to commemorate the Tamil lives lost in the war.]

The Vyuham for immigration by Canada is:

The Vyuham by Brampton mayor Patrick Brown then means that LTTE Tamil supporters are Opposition of Brampton community. Others identify with the mourners are

That is how the declaration by Brampton mayor Patrick Brown is to be read in the global context.

Today we Australian migrants celebrate Australia Day and Indigenous Community Mourn this day. The above picture was sent to me by our son who is visiting Adelaide. To me, it is no coincidence that Pradeep sent this today when I am celebrating MY LIFE as free Australian. This is what we share with every community that we are part of.

On this day in 2012, I attended the first session of the Testamentary case in relation to my Brother in Law Subramaniam Yoganathan. I prayed to Australian Nationalism through my own liberation. The judge who was senior in age – shouted at the opposition and at both side lawyers stating that they were conducting a court outside the courtroom. That was a declaration of his own Vyuham, based on Thesawalamai customary law.

We were declared losers in the Mallakam District Court but I learnt first hand the reality of a woman in that part of the world. We escalated and appealed to the Jaffna High Court. There the parallel of Brampton mayor – Mr Manivannan who is now Jaffna Mayor, represented us. Judgment was delivered in March 2018. This judgment upheld the verdict by primary court. On that basis, I contacted Mr Manivannan to obtain a copy of the Certificate of Heirship – but he referred me to Mallakam District Court. Our continuous efforts to obtain it have failed. From time to time, I wondered whether the current Judges are themselves not able to make an order due to confusion of the order by the primary judge. This is pertinent due to the fact that we established in the High Court that the Mallakam District Court’s decision was interlocutory. Hence the final verdict was undeliverable.

Something urged us to contact the Registrar of Mallakam District Court yesterday. We learnt that the matter is being stalled and the certificate has not been issued. We tried many times to call Mr Manivannan but he cut us off, confirming his lack of commitment to ‘memorials’. Canadian Tamils who are condemning the Sri Lankan Government use the likes of Mr Manivannan to steal the war issue. The timing of the memorial propaganda is confirmation that the Jaffna Tamil is being cheated of  her / his heritage. Canadian Tamils could have erected such memorials in 2009 as per their own feelings. Had they done so – effectively they would have disciplined the LTTE.  But to the extent Canadian Tamils celebrate LTTE as war-heroes, they tears of pain for the victims are crocodile tears. The crocodile-like Vyuham is known as Makara Vyuham. Its importance in the Sri Lankan was could be discerned through the following by Wikipedia:

The Makara has also been used as a clan symbol by the Karavas and Karaiyars of Sri Lanka, who both share similar origin and were collectively known as Kurukulam. Since at least 14 century AD, they have used Makara flags in their ceremonies. Clan titles such as Aditya and Varunakulasuriyan were used by them, to indicate their connection to ancient Hindu god Varuna]

The LTTE chief was of Karayar community.

[The Karaiyars were by the Portuguese described as the most "warlike" tribe and their chiefs as most serious adversaries of the colonial Portuguese. The Karaiyars revolted six times against the Portuguese in the conquest of the Jaffna kingdom, who aligned and also commanded over the troops of Thanjavur Nayak Kingdom, whose king was Raghunatha Nayak. The first revolt led by a Karaiyar chieftain who was defeated near Nallur by Phillippe de Oliveira and his army.]

The LTTE which fought against educated Tamil Politicians would have been of similar mind structure of Sinhala Karavas in combat. Hence when we celebrate great heroes the share goes on Equal footing to the Sinhalese or Tamil – through the common system.

The first and most natural memorial for the victims of the ethnic war is in Thanjavur  and was commissioned by Ulaga Tamil Peravai (World Tamil Confederation) whose founding Chief Mr Nedumaran gave the following message:

"This is a memorial that will showcase to the world the ignominy and untold sufferings of Tamil people in the tear-drop nation. It will remind every Tamilian that the fire should burn in the heart of all Tamilian until the criminals of the Eelam war are punished."

When Truth is the Lady Justice, those who caused the pain also would be punished. Accordingly, the LTTE chief’s name has been left out in Thanjavur. That is the way of Truth.

If Canadian’s are truly committed to restoring the dignity of Tamils in Sri Lanka – they have to first discipline their own who ‘show’ support without any Vyuham / Strategy. This could begin with Brampton City Council sharing its wisdom with Jaffna Municipal Council. Towards this Mr Patrick Brown needs to take senior position above Mr Manivannan who has endorsed the Vyuham of the student protesters at the University of Jaffna.