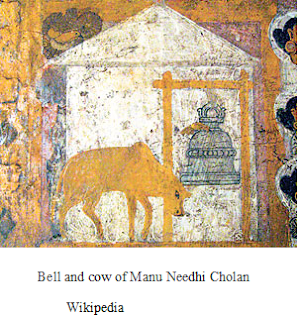 The Death Penalty  & Democracy
[At yesterday's Cabinet meeting, President Maithripala Sirisena reaffirmed his position to implement the death penalty but said final decision would however, depend on the Supreme Court ruling on the FR applications filed against his move.] Daily Mirror article ‘Prez determined to implement death penalty’
If the Supreme Court did rule against the Death Penalty that would further disqualify Mr Sirisena for the position of Executive President. In Court  - the two sides are Equal and Opposite. In Executive Administration the two sides are Senior and Junior. The law is the same. If a citizen therefore is more right than the President – then that law that so rules is a foreign law OR the President as an Executive has failed to use that law. One is entitled to use belief which carries absolute power. But expressing that the final decision would depend on Supreme Court ruling Mr Sirisena  has confirmed that his decision was not based on that absolute power. If it was – Mr Sirisena would feel that he was the one facing the death penalty.
As I say often – ‘Mothers are feelers and Fathers are thinkers’. The elected representative is the Mother and the Executive is the father who connects the family to wider world. True mothers are known as Shakthi (Energy) in Hinduism due to their ability to work the system through the seen members. Being One / Sovereign is Mother power. Showing that structure so outsiders could relate to the family - is father power. Mr Sirisena who is playing the role of father – in this instance – is confirming dependence on the Supreme court and therefore that the Supreme Court is the Executive government. He has thus confirmed lack of independence in applying the law as Executive in charge of the whole.
Tamil King Ellalan who is reported to have ruled Sri Lanka from 205 BCE to 161 BCE did is a good ancestor from whom every elected representative of Sri Lanka has the opportunity to inherit common governance power. This King felt the pain of mother cow as his own:
[Ellalan received the title "Manu Needhi Cholan" (the Chola who follows Laws of Manu) because he executed his own son to provide justice to a cow. Legend has it that the king hung a giant bell in front of his courtroom for anyone needing justice to ring. One day, he came out on hearing the ringing of the bell by a cow. Upon enquiry, he found that the calf of that cow had been killed under the wheels of his son's chariot. In order to provide justice to the cow, Ellalan killed his own son, Veedhividangan, under the chariot as his own punishment i.e. Ellalan made himself suffer as much as the cow. Impressed by the justice of the king, Lord Shiva blessed him and brought back the calf and his son alive. He has been mentioned in the Silappatikaram and Periya Puranam. His name has since then been used as a metaphor for fairness and justice in Tamil literature. His capital was Thiruvarur.
The Mahavamsa also states that when he was riding his cart he accidentally hit a Chetiya. After that he ordered his ministers to kill him but the ministers replied that Buddha would not approve such an act. The king asked what he should do to rectify the damage and they said that repairing the structure would be enough which is what he did.]
Between Tamil king Ellalan and Sinhalese President Sirisena – it was the Tamil who planted the seeds of Democracy in Sri Lanka at a much deeper level than the current ruler. Every Sri Lankan is entitled to that heritage and it would be hers/his if it is not blocked for whatever reason. On the part of voters – those who vote for Mr Sirisena after this – confirm that they do not believe in democracy and therefore their own power to govern. It started with them and now that karma is returning to them.
It is indeed a shame that this is being highlighted on 4th  of July. But the Truth is the Truth and It manifests Itself at the time of need.