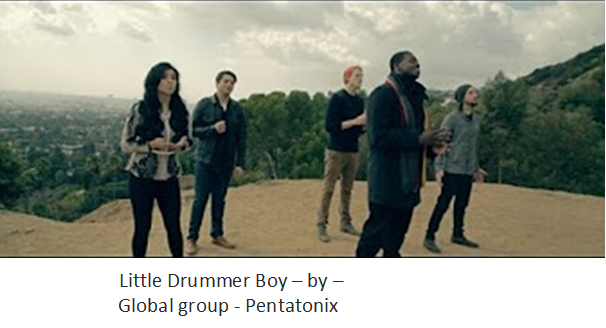 [For several years, Ms Wilson, 69, has been sending items to Manus and Nauru -  a tiny island country northeast of Australia - from her home in the small town of Kyogle, New South Wales.
“Postage is expensive, it’s $70 for about four kilograms. It often goes astray, or gets stolen or just takes a long time,” she told SBS News. “But it’s probably one of the most practical things I can do.”
Mums 4 Refugees'
Ms Wilson, a local councillor, is part of a loose network of dozens of women who support refugees and asylum seekers on Manus Island and Nauru who have been trapped in immigration limbo for more than four years.
There are about 309 people left on Nauru and several hundred on Manus Island. Many of those remaining are single men.
The women are connected through Facebook; they’re members of groups such as ‘Mums 4 Refugees’, ’Grandmothers against detention of refugee children’ and ‘We Care Nauru – Gifts Network’. ] SBS news – Editor’s Choice.

To me it was no coincidence that I read the above this morning. I do not read all the mail that comes my way. My intuition takes me to important mail.  There was the caring response from Tamil Diaspora leader Mr I T Sampanthan on my article ‘Jaffna Land Rights’.  Yesterday I noticed that my emails to the University of NSW (UNSW) were getting returned. I could not ‘capture them as the ‘System’s Returned mail messages vanished as soon as they appeared in my inbox.  I could not work out the technical reason. I eventually concluded that the UNSW IT system was blocking my mails. I decided to ‘stop’ sending mails to UNSW because I felt ‘tired’.  But during this morning’s meditation, I felt that I needed to ‘work’ my investment in the University of NSW – so it would be protected – even if one person currently working there – read or is an active part of that system did not object to the mail but considered it valuable in Spirit – even if one did not understand the substance. So I used my gmail account to resend the messages. I felt better because I felt that the UNSW was better protected by my positive Energy if I sent it without feeling rejected. That is the way of ownership.

Those Energies cannot be worked by those without faith. UNSW needs the protection from racism karma.

With all this as my understanding of the system of Truth,  I fully identified with the above Mothers who spent money and sent parcels – without the assurance that the parcels  would reach the refugees. They are Mothers of Australia who protect Australians from negative karma due to taking credit as global participants but failing in their duty as global participants.  In the early days of my ‘service’ to educate Australians in high positions – I spent quite a sum in postage – and they came out of my superannuation savings because I was unemployed due to my UNSW experience.  I was once feeling really dejected when I crossed the road to the Coogee post-office.  A mother pushing her crying baby (about a year old)  in a pram crossed the road from the other side. When the child got close to me – he stopped crying, gave me a smile and put his hand out to touch me. I also touched him. The following from the song ‘Little Drummer Boy’ came to my mind:
[Then he smiled at me ; Pa rum pum pum pum; Me and my drum]

In my case my mails are my drum. In that experience I felt that God received my mail and the little boy was God’s messenger.  So long as I feel Australian, God will ensure that Australia is protected by my global feeling which is my interpretation of being in the Kingdom of God.

Like the packages by the Mums 4 Refugees – my emails to the UNSW will elevate to global level the value of  the investment of all investors – including the two Chancellors of my time – beyond their duty,  in UNSW and its core purpose-  for future generations and also protect those who do not reject such blessings. If the rejecters’ Negligence of Duty force is greater than the positive forces from the owners – then one has to sadly watch and know that they have condemned themselves to Hell by taking over power through temporary cleverness for selfish reasons. That is also the philosophy of Karma – the hell being the opposite of the pleasures they enjoyed compounded over time.

Social Media is driven by natural forces. The above report confirms the good powers of social media that brought me happiness today from two sources. That is global freedom and return for my investment in  Common Australia.