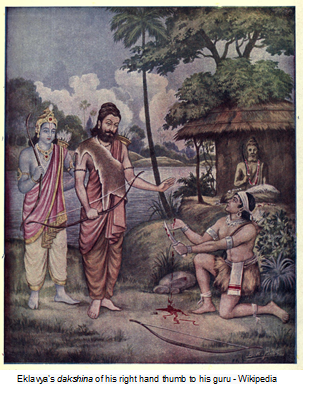 British Prime Minister Sir Winston Churchill referred to Gandhi as the ‘half naked fakir’. That half naked fakir toppled the mighty British empire through his simple Truth. Gandhi himself dressed like the masses who suffered most due to ‘foreign’ rule. Those who are driven by subjective power without having actually earned it – would tend to use ‘loose’ information to deny credit to another. Information/Data needs to be passed through common theory to be valuable to the persons with whom our intelligence is shared. Doctorates are awarded to honor those who discover their own theories. Doctorates for lesser work lead   society that looks up to such persons towards ignorance. As Dr. David Garlick of the University of NSW said to me many times ‘We are ignorant that we are ignorant’.

Mr. Basil Fernando who is ready to judge the Caste system states in his Colombo Telegraph article ‘The Profound Impact Of Caste In Contemporary Sri Lanka’:

[It is an uncontroversial fact that the social organization in pre-colonial Sri Lanka was based on the caste system…….. Punishment within the caste context has two components. Firstly, the punishment meted out to people from lower castes is disproportionate to the extreme. As it is taught through the Hindu myths, for example, an untouchable who is not supposed to learn meditation and the practices of yogis may be punished with death for doing so, as demonstrated in the story of Sambuka, or an untouchable boy who is not supposed to learn archery may have his thumb cut off for it.]

I learnt about the character Eklavya who seems to be the person being referred to as Sambuka by the author – through Mahabharatham – which is my Bible to learn about Political behavior. To me, the value derived from the Eklavya’s story is that the higher skills in governance are learnt through the subjective pathway – largely by attributing to our seniors for their discoveries and then adding our own work to claim credit. In nations like Australia, with high level of migrants and therefore multiculturalism, we need to give priority to zero base subjective power – and hence merit base is used on level platform. Equal Opportunity principles help us think at zero advantage level.

To understand and appreciate Eklavya’s story, we need to go into the environment and the system of governance that prevailed back then. The way a self-balancing place is considered to  be Sovereign – a time period during which a group within or beyond that land space would have been a Sovereign period. During the time of Mahabharatham – the land demarcations were different to what they are now.  We cannot therefore apply today’s rules in a particular nation, to judge the past when different measures were used to determine rights and wrongs. Eklavya being accepted as Indian cannot be judged through Sri Lankan. India and Sri Lanka were different nations back then also – as recorded through Ramayanam. One has to take on the mind-structure of Indian Government at that time to appreciate Ekalavya’s story.

Eklavya who was prince of  tribal group did not qualify to be tutored by Dronar – the guru of the Central Government of India – as per the rules of that time. It’s not different to the Chief Minister of Northern Province not being allocated equal status as the President of Sri Lanka. Karnan who was born within the royal family but before his virgin mother was officially married – was similarly denied such training and was not allowed to compete with Royal Princes. It is not different to Sri Lankan Chartered Accountant being considered to be of lower status than Australian Chartered Accountant. When I highlighted my experience – in this regard,  Mr. Basil Fernando demonstrated no identity with this. Hence the ignorance continues.

Under the Subjective system which most Academics are familiar with – hierarchical positioning is more important than objectively verifiable outcomes. A Master enjoys high status towards comfortable positioning – so that the student/servant does not need to learn and produce all outcomes from zero base. Common belief/faith facilitates this natural sharing of the system even though one is weaker than the other in contributing to the core-purposes of the Institution. The fighting skills taught to Royal princes therefore carried on this common faith – just like the University system being higher than High School system. A high school student may have greater knowledge in a particular subject than a University student – but until one goes through the University system, this greater achievement is not   openly recognized.  Under the subjective system the mind of the father is part of the inheritance by the son and that of the mother is part of the inheritance of the daughter. Under the system of Thesawalamai – when the daughter got married and went to live with her husband’s family – she was given dowry to complete the relationship and take it has her motivational Energy – the same way we bring into this life the essence of our past – as genes. A daughter who receives dowry takes rebirth and is free of attachment to her old status and benefits. Likewise migrants when they leave their homeland and settle down in another part of the world. Now that the Sri Lankan government is awarding dual citizenship – those who return to Sri Lanka need to bring their overseas experience as Energy and not directly apply it as status.

Race when used by members of majority race is the parallel of the caste system of yesterday. Where the lower castes get status through majority rule – they need to take rebirth and carry their credits and debits of the past as net Energy which needs to be recognized and not consciously used. At Energy level – be it positive or negative as per current measures it’s Common and not particular. But those who are conscious of positives or negatives would carry them in their conscious mind and use it to ‘judge’ without ensuring that the other person has earned to be judged by that measure also. An Australian migrant who arrived in Australia before me and is part of the ruling race – would tend to use that as seniority – especially if s/he does not know about my contributions to that land. Hence the need for Equal Opportunity which places a limit on the base – that we inherit and carry forward. No express credit or debit could be allocated on the basis of Nationality for this reason. Yet – the Australian Judiciary did not punish the authorities – including Police Officers who labeled me as Sri Lankan despite my claim that I was Australian for legal purposes. Likewise here in Sri Lanka – a divorced woman is graded below another married woman despite her having married as per the law.  As a member of that profession what has Mr. Basil Fernando done to eliminate this inequality from his current profession?

Under Autocracy – we were allocated specific positions by seniors. Under Democracy – we share the Truth for which both sides need to take no merit as per their past. Project based management also requires such approach whereas Programs show least objective outcomes but are successful when the minds are connected. Caste system continues to be a program in areas of Northern Sri Lanka and India – where the lower caste need it. So long as it is not seen for official purposes and/or is complained about – we need to accept it as heritage value.
Here in Vaddukkoddai, even though I am of Farmer caste – I live with Toddy tapper community as part of them.   I knew intuitively that the caste based injustice contributed to the war – not only through Tamils but also Sinhalese. Hence I became one of them to learn the Truth. Many older folks here demonstrate respect for those of farmer caste – even though officially there is no caste system any more. I am demonstrating through my own conduct – that the higher caste also need to meet them half way – so they would become more democratic. If I am successful in my living here – then my mission to prevent unjust wars has been successfully completed.

Premature Democracy leads to infighting – as those who were elected without the higher mind order would tend to use reverse discrimination once they are in power. Our cleaner for example quietly extended his duties to wash the Deity in the altar – which is part of the duties of the Priest.  I disciplined him and said not to do the work of the Priest. Washing looks the same on the outside. But the priest chants mantras and trains himself to focus on the Deity and the minds of his elders whose Energies are carried through the Mantras and other ceremonial expressions. I believe that the contribution my parents made to this temple is still alive here and to the extent I believe in their positive value – I invoke such powers.

Last year during Thai Pongal farmer’s festival for example – young ones here upset me and I cancelled the planned ceremonies. This year I was in Australia and the same young ones tapped into our electricity system and played loud music again in the compound next to ours. I reported the matter to Vaddukkoddai Police and one of my students within the Police, undertook to warn them. Now the young ones do not loiter around the temple and it feels beautiful. This was achieved not only by me but also the confidence I felt in the knowledge that my father’s family carried high status in this part of Northern Province. Without such value – there is no heritage. To the extent caste facilitated the development of such heritage – it was of positive value.  Those doing manual work would take orders from their own seniors. Hence the separation by LTTE which led to development of skills that helped LTTE raise its status to that of the Official Army. Yet within themselves they were highly disciplined. LTTE pathway cannot be used by Politicians. So long as Democracy is working actively, we need this separation – either between skills or races. Caste is based on skills. One must not use abusers the judge the whole. Where caste is abused – my solution has been active development of Democratic systems – often by foregoing my earned status in current life. Where one idly criticizes – be it through caste, race or class - one’s own mind structure becomes disorderly.

Like in higher education, one may ‘quote’ giving reference to Caste , Race or Class system but not use it as an active measure in Democracy and v.v. when we adopt the Subjective system to quietly share.  One is a foreigner to the other.