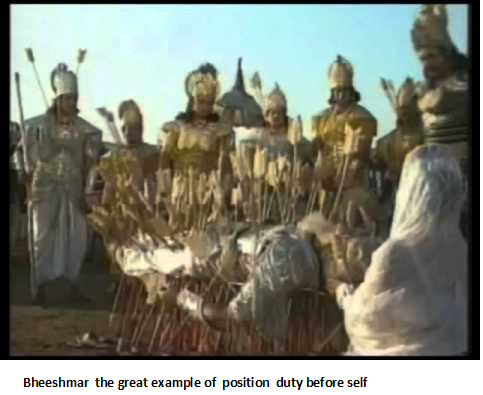 One is able to work out that Tamils do not have special position in the plans outlined by the Common Opposition Candidate in the Sri Lankan Presidential Elections. If the ethnic problem was considered to be  Common and high ranking in the mind of the Opposition Candidate – that needs to be given form at the level the problem has escalated to. As per news reports – Mr. Sirisena has promised to conduct a domestic investigation into war-crimes, through a local court, if he becomes the President. (The Hindu - Sri Lanka elections: Sirisena pledges war crime inquiry). Given that Tamils initiated the process of war-crimes inquiry at the international level – such move would amount to hijacking of the Tamil agenda by this candidate who seems common to Sinhalese opposition to the current President as an individual. The individual to be eligible to be recognized as equal opposition in Administration -  would need to have shown the ‘other’ side of the matter to the side taken by the current President. This was NOT the case with Mr. Sirisena. Politics is One sided and in the case of war-crimes majority Sinhalese have taken the side of  Mr. Mahinda Rajapaksa. At the political level therefore one could conclude that majority Sinhalese are against a war-crimes inquiry.  If indeed, the war crimes issue is current and Mr. Sirisena is in favour of it  – is it appropriate for Mr.Sirisena to claim victory over Terrorism – as he has in his Election Manifesto?

The above confirm a confused mind order which would be far from being a source of confidence for minorities to feel that their work and sacrifices as Sri Lankans would be protected. Sri Lankans have to consciously develop appropriate systems if we are to  preserve and promote the cultural diversities of minorities so it would benefit all Sri Lankans and beyond.  All Sri Lankans genuinely affected by the war – would indeed have this as priority. This requires strong commitment to Affirmative Action. There are no indicators regarding  such a move by Mr. Sirisena.

Such absence has the effect of  downgrading of the efforts by all concerned to lift the issue to the international level. Consciously or otherwise  - the Common Candidate is suppressing the value of the investment made – especially by Tamils  to escalate the problem to the international level. In the Hindu legend of Mahabharatham, many elders fought on the side of majority who committed atrocities against the minority in that environment. This included the Common Guru Thronar and the Common Head of  the Royal Family Bhishmar. When Prince Arjuna of the minority side lost heart after seeing these elders against whom he had to fight and laid down his arms – Krishna woke him up through the Bhagawath Geetha – the essence of which is about one’s duty. Lord Krishna pointed out that the elders on the other side were doing their duty as per their positions – despite the personal conflict that arose out of it. The Sri Lankan voter is now being challenged to do her/his – as per the position – rather than as per individual preferences.

Many of us are  indirect participants in the elections and we need to rise to the higher level  - of common position.  That would promote development and maintenance of our positions in our own local environments – where some would be presidents and others president-makers.

An academic who wrote in response to my email  on the issue ‘You can change E=mc2. God only can follow your metaphysical energy crap!’.  I responded as follows: Einstein is reported to have had the EXPERIENCE of travelling with light (mentally) to discover E=mc2.   My parallel is
Commonness Energy  = Numbers x knowledge2 ; E = nk2

The Experience of Opposition has been by the Tamil Community of Sri Lanka. To equal the Energy of that Experience – one has to multiply numbers by surface knowledge raised to the higher power.  That is how minority keep balancing the forces affecting their environments. Those of us as members of minority groups would therefore need to have the experience as owners,  to be the balancing force manifesting the balancing form in various forms and at various times as needed. Once we give up and form local / domestic structures – as seems to be the case with Mr. Sirisena – we are no longer that balancing force of the larger group.  Tamils need to vote for the person who is more likely to be their opposition at the International level and not be fooled by someone who is likely to downgrade the issue to domestic level – and then sideline it as one of minority importance. To surface readers the ethnic issue  would tend to be of minority importance until another rebellion happens.